Home Uncategorized Button ready to build team around him 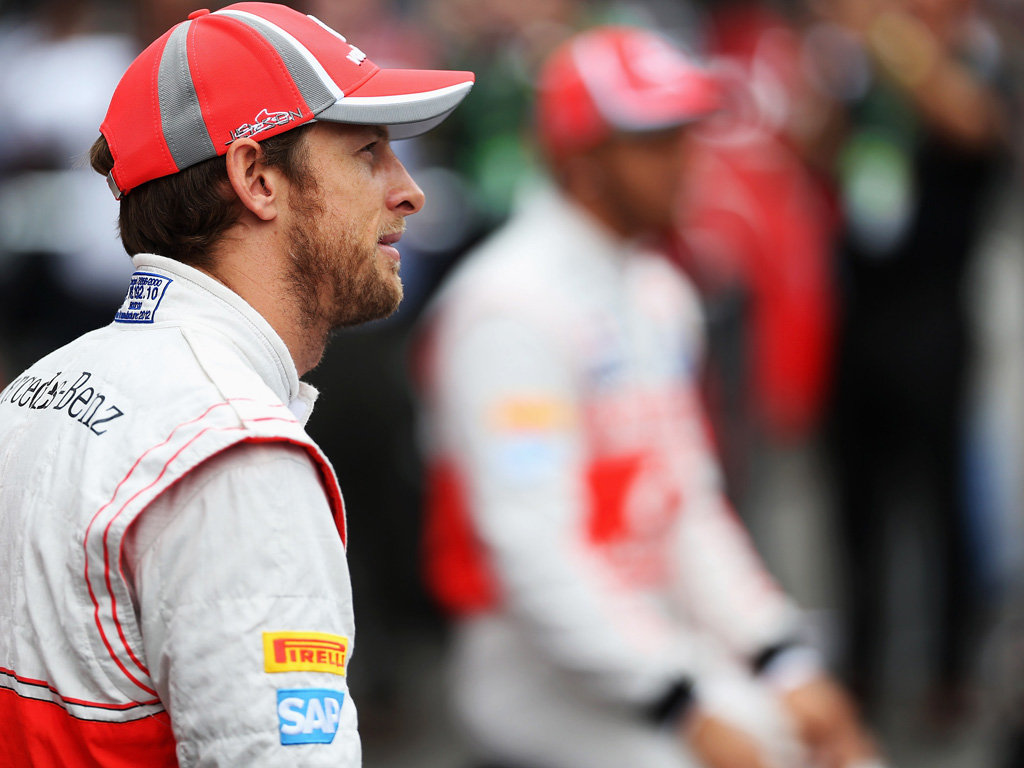 Jenson Button is ready to take over as McLaren’s leading man, saying he is looking forward to building the team around him…

Jenson Button is ready to take over as McLaren’s leading man, saying he is looking forward to building the team around him.

With McLaren opting to sign Sergio Perez from Sauber following Lewis Hamilton’s decision to join Mercedes, it leaves Button as the senior partner at the Woking-based squad next season.

Button, who has been in F1 for more than 10 years, has been part of the set-up for the past three years, but he will no doubt be asked to take charge in 2013 as Perez has been on the grid for only two seasons.

When asked if he is ready to lead McLaren, the 2009 World Champion replied: “Definitely. It’s not the first time I’ve done that. When I got to BAR and Jacques [Villeneuve] left it was exactly the same situation.

“I can really build that team around me and direct the team in a direction I like with the car.”

As is the case with most drivers, Button feels he knows best when it comes to what suits him in terms of the type of car he feels comfortable in.

“We all drive differently and have different styles,” he said. “For me I need a car I can develop beneath me and feel comfortable in. If the car feels neutral and unbalanced it doesn’t work for me.

“I need to develop a car and engineer a car in a position that feels comfortable for me, and I don’t think anyone can do a better job than I can in that position.

“The problem for me is if I can’t get the car there I do struggle more than some.”

Button and Hamilton spent three seasons together at McLaren and the former feels they have picked up plenty of positive things from each other during that period.

“Lewis is extremely fast and he definitely has that speed that not a lot of people have – outright pace over one-lap – but as we know, Formula 1 is not about a single lap,” he said. “It’s a race and that’s where you score points.

“Of course, he’s been a tough team-mate in terms of speed, but also a good team-mate to work with and really develop the car. I think he’s learnt a lot this year in terms of understanding that it’s not just about one lap in terms of looking after the tyres.

“So I think the partnership has been good in terms of us learning off each other.

“Even if he says he hasn’t, we’ve both definitely learnt from each other and it’s helped us to improve as drivers.”