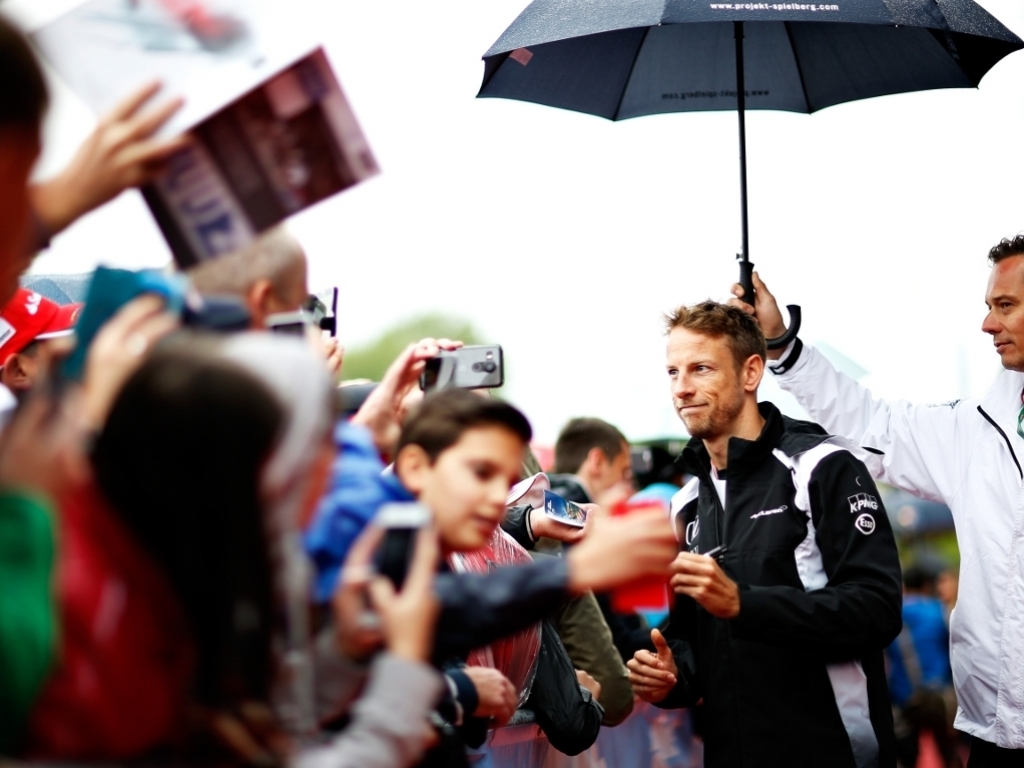 Jenson Button has ruled out a podium finish ahead of this week’s British Grand Prix, despite putting in a promising sixth place finish at the recently concluded race in Austria.

In Spielberg, Button ran as high as P2 after starting the race in third place, but as the race progressed the 2009 World Champion started falling further away from the top-end of the grid.

The Brit ended the race in P6, matching his highest ever finish in a Honda-powered McLaren.

Searching for his first ever podium at the British GP, Button revealed that he may have to wait little longer as he doesn't think their MP4-31 has it in them to challenge the top teams this weekend.

"Finishing on the podium at the British Grand Prix is top of my ‘to do’ list in F1," said the 36-year-old.

"I've achieved pretty much everything else that I set out to do in F1, but I've never stood on the podium at Silverstone. I really want to do that and it would feel like a victory if I were to achieve it.

"Of course, the result in Austria last week really motivates everybody, and it raises everyone's expectations, too.

"It would be lovely to be able to claim that a podium this year might finally be possible, but, being realistic, that won't be possible this time.

"But I head to Silverstone feeling hugely encouraged by our progress, and just what we can achieve as a team when the variables are thrown into the air and all the teams are left to somewhat improvise: we can do great things."