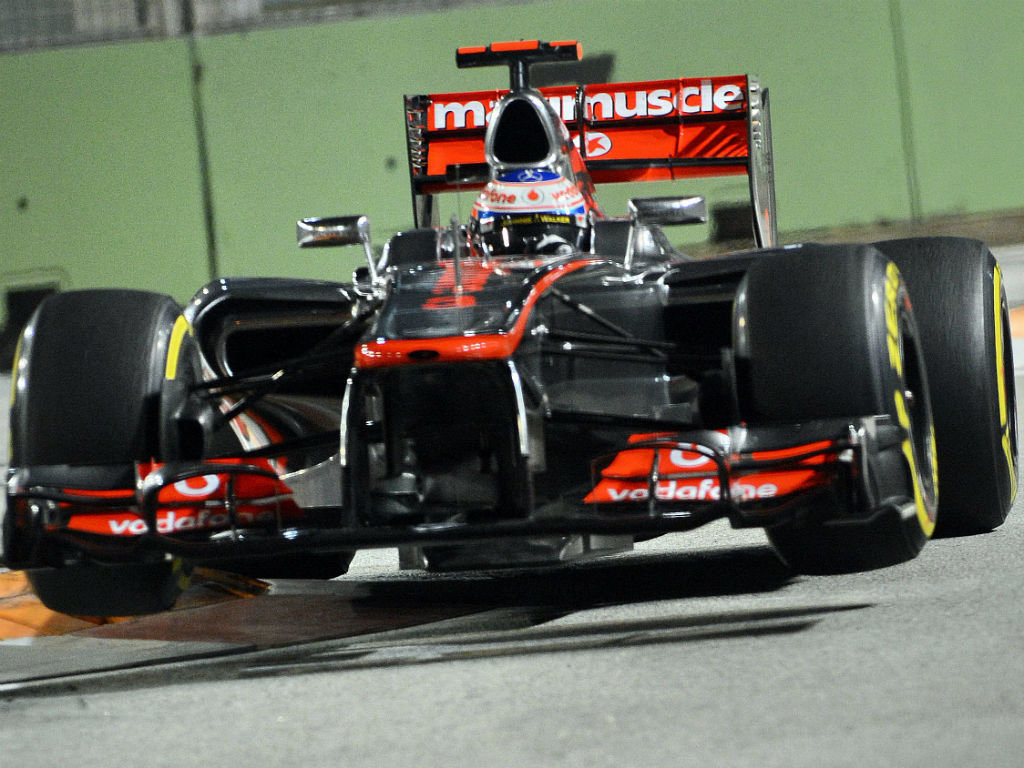 Jenson Button walked away from the Singapore Grand Prix a satisfied man after finishing second behind Sebastian Vettel.

Having been overshadowed by Lewis Hamilton most of the weekend, it was Button who brought home the bacon after his McLaren team-mate was forced to retire with a gearbox problem.

After starting fourth on the grid, Button managed to move up to P3 on the first lap and he gained another place when Hamilton retired from the lead.

He eventually finished second behind the Red Bull of Vettel, and the 18 points he picked up just about helped him to stay in touch with Championship pacesetter Fernando Alonso in the hunt for the title.

“I’m reasonably happy with second,” Button said, who is 75 points behind Alonso.

“I want to win, but you can’t win them all. For us as a team to have another failure this weekend was tough, but the important thing is we have a good car. Every race we go to, we have a chance of winning and that’s important for us.”

Button had a close shave when the second Safety Car returned to the pits as he nearly drove into the back of race leader Vettel after the German hit the breaks.

“It was a pretty tough two hours for us,” he said. “Sebastian accelerated and braked for the right handed. I didn’t expect that, I hit the brakes, locked up and I just missed the back of your car. But we got through it.”