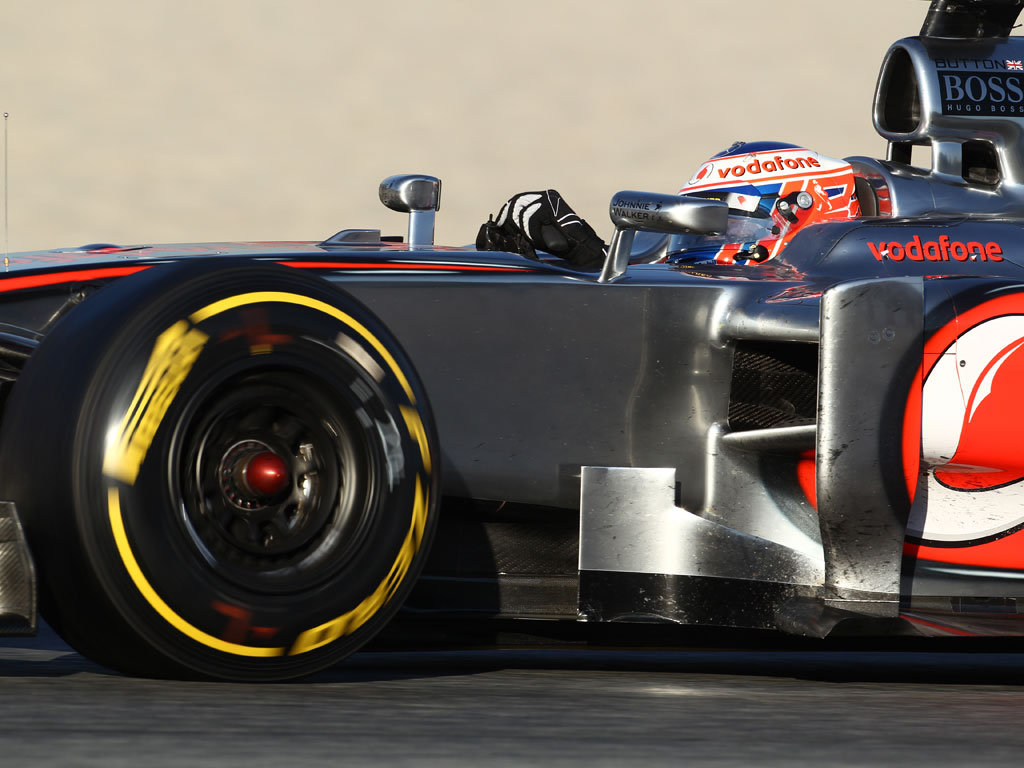 Jenson Button is confident that while Sebastian Vettel is the favourite for the title, he won’t run away it in a repeat of last season…

Jenson Button is confident that while Sebastian Vettel is the favourite for the title, he won’t run away it in a repeat of last season.

Vettel dominated last year as he raced to his second World title. The Red Bull racer clinched the crown with four races to spare while his season’s stats included 11 grand prix victories.

And although the teams have only had seven days of pre-season testing to see how their new cars perform, Button reckons early indications are that Red Bull won’t have it all their own way.

“Seb is obviously the favourite, as he should be as he has won the last two World Championships,” Button told Autosport.

“There have been regulation changes, and I think still Red Bull will be strong this year from the word go, but I don’t think they will have the advantage they had at the start of last year.”

The Brit, winner of the Drivers’ title back in 2009, was in action at Barcelona on Thursday where he put McLaren’s new MP4-27 through its paces.

“I say that is a good step forward from Jerez in terms of understanding the car more, and also the reliability is much better than we had in Jerez. We are making steps forward but there is no big step forward as we have not changed anything on car.

“But there will definitely be something new for Melbourne. We have an update on the car for the first race. It is not a completely straightforward update as it is not about bolting downforce on the car – it is slightly more than that.

“I just hope we are going in the right direction. The wind tunnel says we are. I am looking to the update next week, and then we can start balancing the car and finding a direction for the first race.”