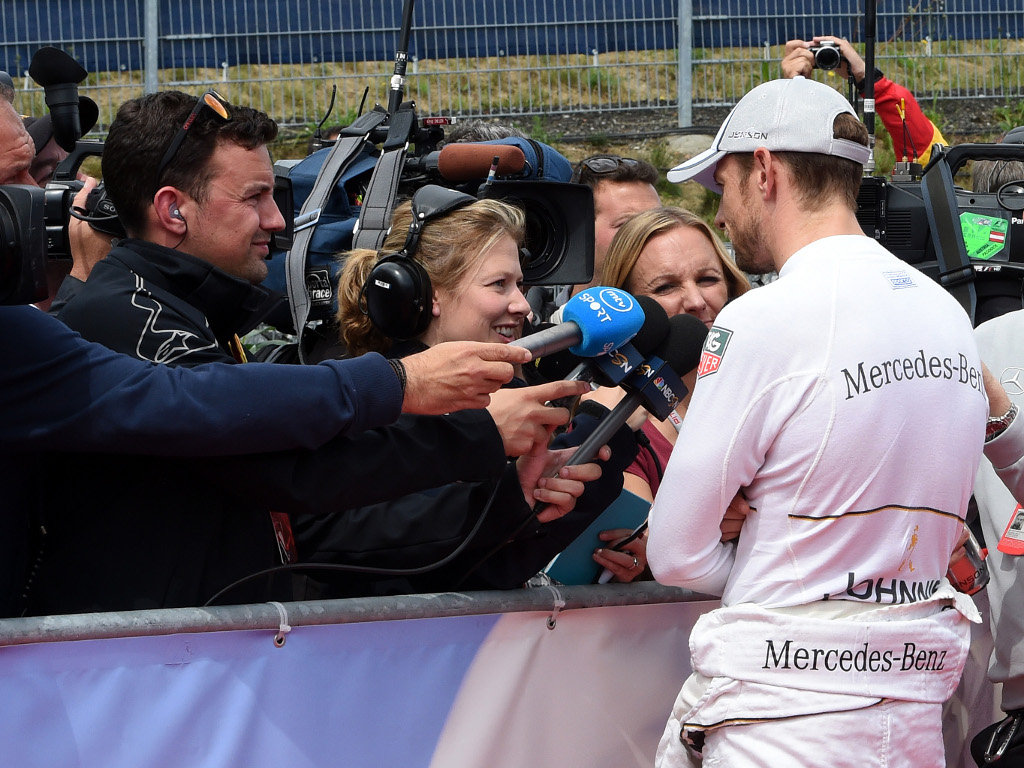 Jenson Button has blamed Nico Hulkenberg for failing to make up places at the start of the Austrian GP, saying the German pushed him wide.

Button lined up 11th on the Red Bull Ring grid after a dismal showing in Saturday’s qualifying.

And although the McLaren driver had hoped to work his way through the field, the race did not go according to plan.

After 71 laps, he was exactly where he had began, P11, and outside the points.

The British driver reckons it could have been a different story if Hulkenberg hadn’t pushed him wide at the start, causing him to drop down the order.

He said: “I’d hoped we could make up some places today, but it’s never easy to overtake around here.

“We went for a different strategy – starting on Primes – but it didn’t really work for us.

“At the start, Nico pushed me wide at the exit of Turn One – there was no real need for that as there was enough room for both of us – so I lost a couple of places.

“From then on, my race was all about sitting in the train, waiting for people ahead of me to pit, and trying to make my strategy work – which in the end I couldn’t.

“It was a long afternoon’s work for 11th place.”