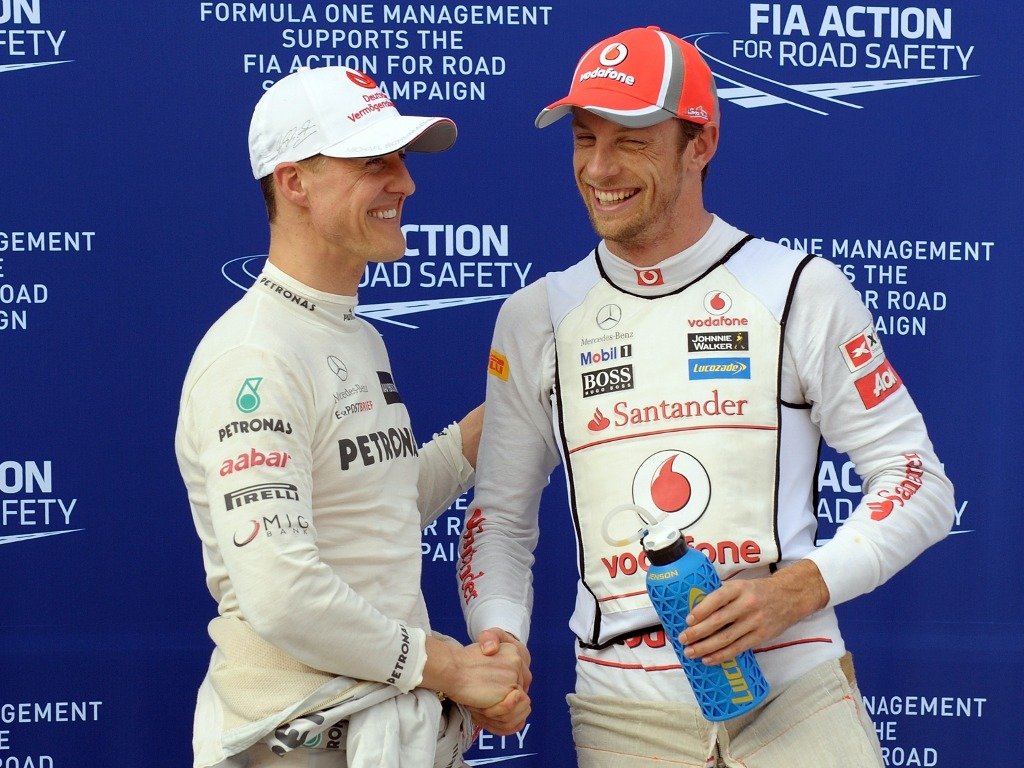 Schumacher has come in for a lot of stick since returning to Formula One in 2010 with Mercedes as the German has failed to achieve the results many expected of him.

The seven-time World Champ has yet to reach the podium, never mind win a grand prix, and has been beaten by his team-mate Nico Rosberg more often than not.

However, Schumacher appeared to find his feet in Monaco last weekend, bagging the first pole position of his comeback before he was dropped to sixth on the grid due to a penalty incurred at the previous outing.

“Michael’s come in for a lot of criticism over the last couple of years since he’s been back,” Button told Autosport.

“I think we all forget what he achieved in his previous career, if you want to call it that.

“But I think he put a great lap together, didn’t make any mistakes and he obviously deserved it very much.

“I’m sure when he got out of the car he was very happy, but also disappointed that he was put back to sixth (on the grid) at a place like Monaco.”