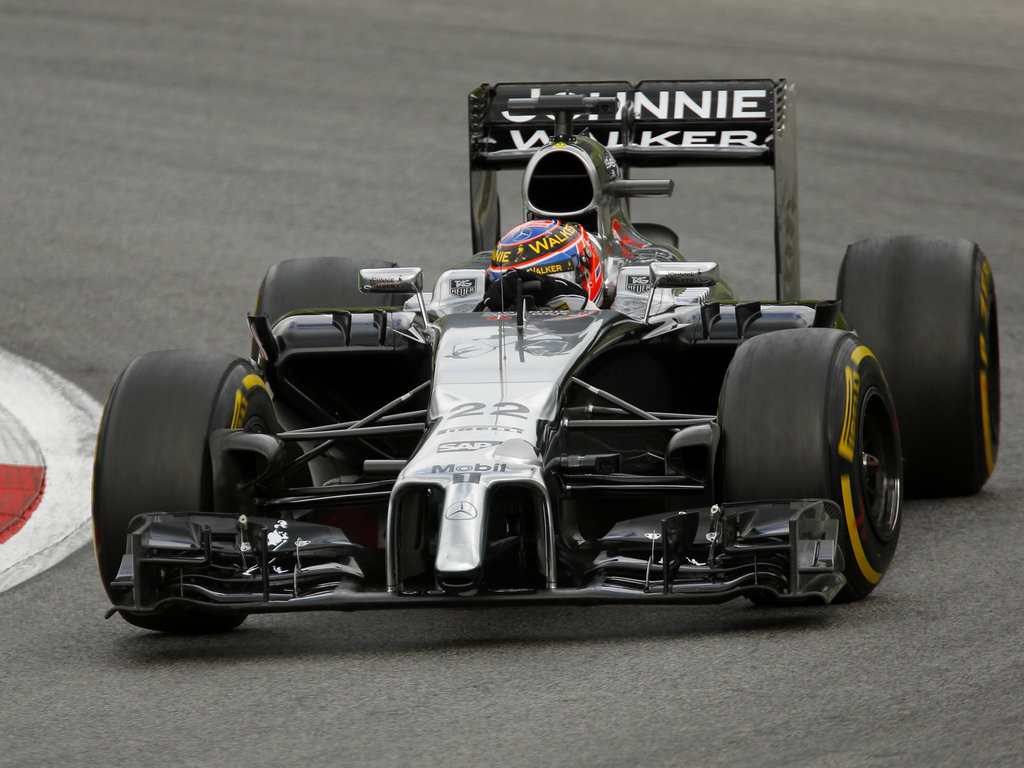 Caught out by a Lotus in qualifying in Austria, Jenson Button will start a grand prix outside the top ten for the third time this season.

McLaren’s 2014 Championship may have began with a double podium finish but it’s been downhill since then.

The Woking team has generally struggled with a lack of downforce that has cost them lap time while other reliability have also played a role.

His lap time put him 12th on the grid but a penalty for Sergio Perez ahead of him will move him up to 11th.

Asked by Sky Sports F1 how much his limited running had hurt him, he said: “Quite a bit, but I think we would have been in the top ten if my last run had worked out.

“I was behind the Lotus, seven seconds behind him, but proceeded to lock up at every corner and eventually pulled over, but it cost me a lot of time.

“But it is not so bad, we are 11th, we can run new tyres at the start of the race and can play around with the strategy. It has worked for Force India in the past so we can see if it can work for us.”