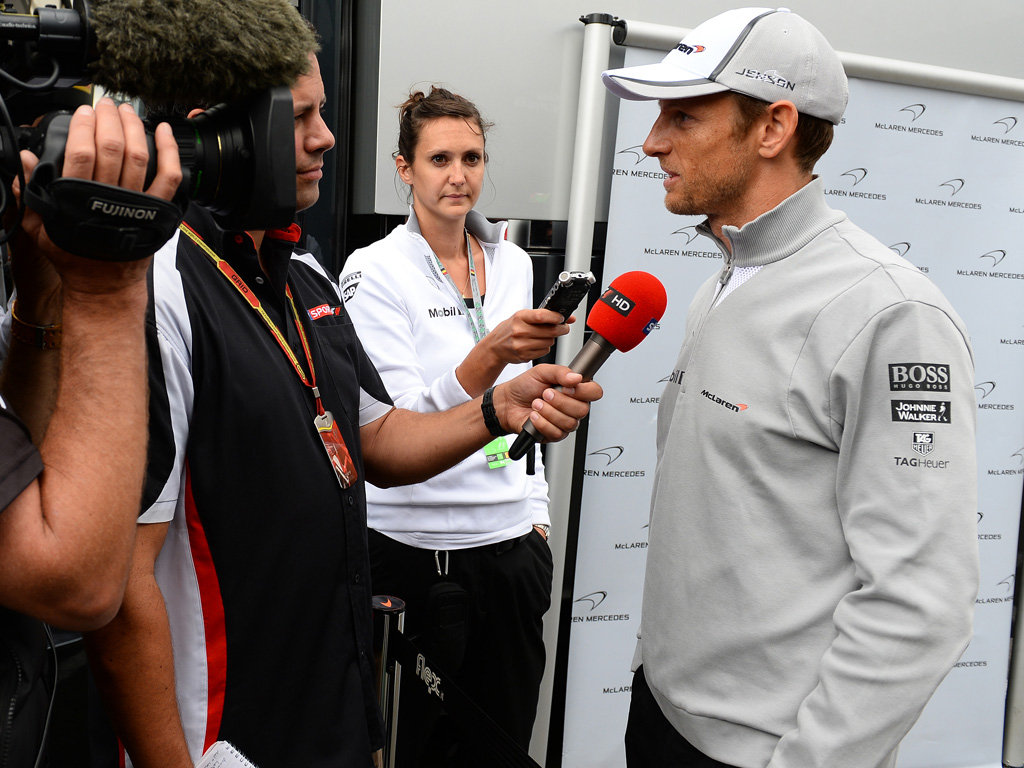 Jenson Button and Derek Warwick are the latest to dismiss suggestions that Nico Rosberg gifted the Italian GP victory to Lewis Hamilton.

Rosberg had a comfortable lead early on at Monza after getting quicker off the line than his Mercedes team-mate, but he twice missed the first chicane at Variante del Rettifilio.

He lost a lot of time and Hamilton regained the lead while he made his way around the bollards the second time.

There have been claims that he deliberately went off to hand Hamilton the victory as part of the punishment for his role in the collision with the Britain at Spa.

Rosberg, though, and his Mercedes boss have dismissed the claims and McLaren driver Jenson Button has described it as a “stupid theory”

Derek Warwick was the driver steward at Monza over the weekend and he is also having none of the conspiracy theories.

“It was so clear what happened that we didn’t need to look into it deeper,” he told the Mirror. “It was not even on our radar. Do we have a boiling conspiracy here? Absolutely not.That idea didn’t even occur to me until someone mentioned something at the airport last night.

“Gut feeling tells you a lot and my gut says it was straight-forward. Lewis decided to put the pressure on, did two or three fast laps got within seven-tenths, Nico looked in his mirrors, looked up and missed his breaking point.

“It’s a conspiracy theory that’s easy to buy into, I grant you, but it’s just not true.

“Mercedes are allowed to have team orders and they could have done it lots of different ways; turning down the engine or a start-line problem. They didn’t need an escape road. I saw mistakes at that chicane 20 times over the weekend. The cars are doing upwards of 360kph before they brake.”