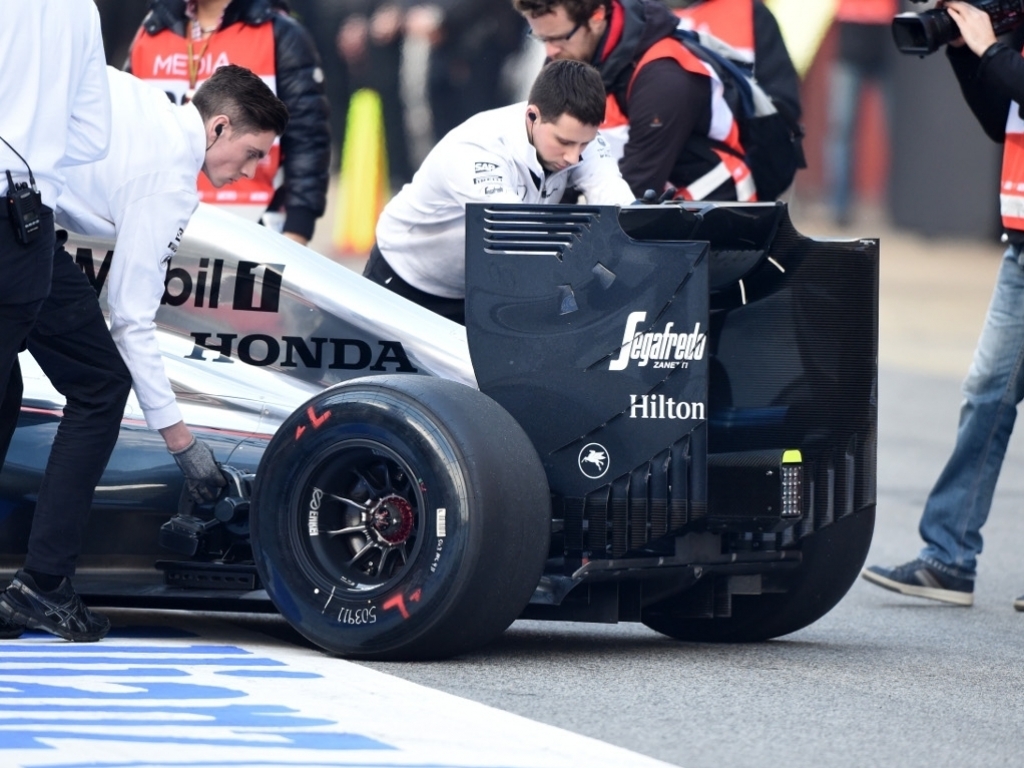 On the back of McLaren's best day of pre-season testing to date, Jenson Button admits the team is "nowhere near quick enough" at this stage.

For the first time this month, McLaren covered over 100 laps in the new Honda-powered MP4-30.

It was undoubtedly a great day for the team and even a late breakdown, which was caused by unspecified electrical issue, did nothing to detract from the 101 laps Button put in on Friday.

"Finally we have something to talk about!" he said.

"It was a really nice day, the reliability was great and it's amazing how much you can achieve when you are reliable," said Button.

"It's a big step forward. For most teams 100 laps isn't anything, but for us it was like 1000 laps because there is so much for us still to learn about this package."

The Brit, however, was not getting carried away, conceding McLaren were "nowhere near" where they need to be in terms of lap time.

"If you look at the timing screens we are nowhere near quick enough, but there is a lot of progress that has been made today and a lot that we can improve on over the next couple of days.

"I think 'not running at full power' is the wrong way to say it. We know there is more that we can achieve with the power unit, but we are trying to push as much as we can right now.

"So where do I think we are? I think we have made good progress but there is still a long way to go. The feeling is reasonably good, but a work in progress definitely – we are not where we want to be."

He added: "There is a long way to go before we are fighting at the front."