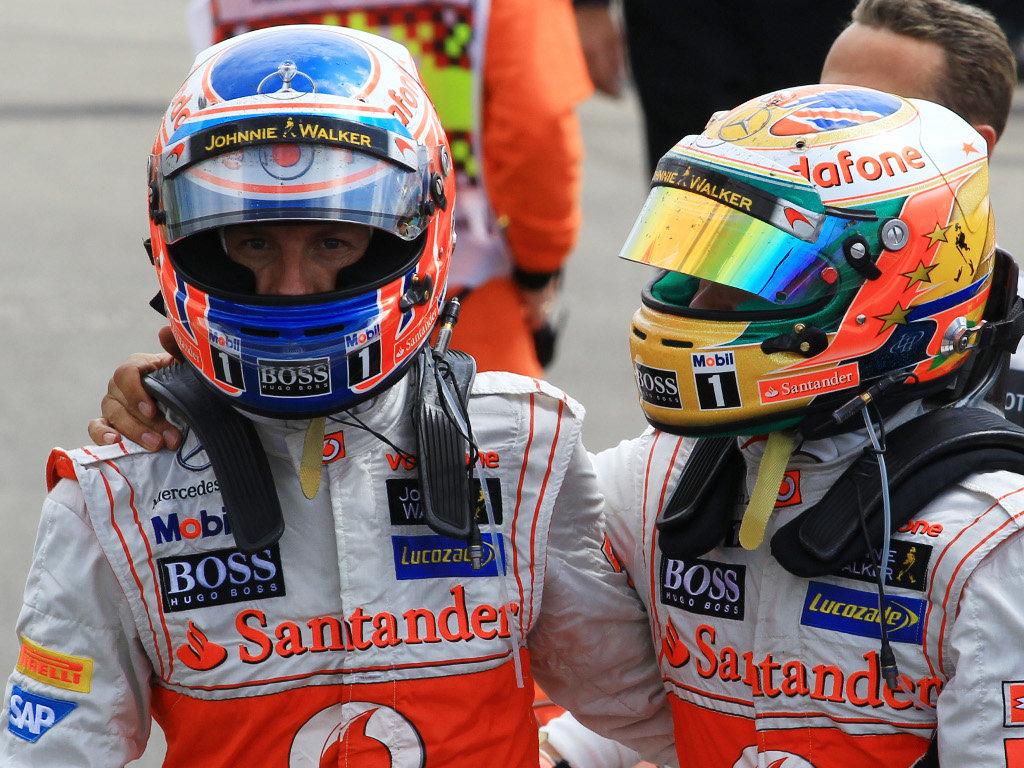 Although he says it’s up to Lewis Hamilton, Jenson Button believes staying with McLaren is the “right thing” to do…

Although he says it’s up to Lewis Hamilton, Jenson Button believes staying with McLaren is the “right thing” for his team-mate to do.

Hamilton, who claimed the victory in Sunday’s Hungarian Grand Prix to put his title bid back on track, is out of contract with McLaren at the end of this season.

And although most expect the Brit’s signature on a new deal is little more than a formality, Hamilton has yet to sign and until he does anything could happen.

One person who has urged the 27-year-old to commit his future to the Woking-based team is his team-mate Button, who has his own multi-year contract with McLaren.

“Yes. It is pretty simple,” Button told Autosport when asked if he wanted Hamilton to re-sign.

“You want to do a better job than your team-mate over a race weekend, that is what we all want to do, but you have got to have a competitive team-mate as well.

“That is the way the sport is, and when you are at a top team you are always going to have a very competitive team-mate.

“Lewis is the one of who has got the option of moving or not – although I heard Ron (Dennis) say some interesting comments this week – but this place is like home to Lewis.

“He has been here since the start of his career and it is a massive change to go somewhere else. I have done it a couple of times.

“Sometimes it is good for you to make that change, and it is up to Lewis, but from my point of view, it doesn’t seem like it would be the right thing to do.”

The 32-year-old added that having Hamilton has a team-mate pushes him to do better as well as he reckons his fellow Brit is the “quickest” partner he’s ever had in Formula One.

“He is definitely the quickest team-mate I have had. I have raced some pretty good team-mates. I have raced with two World Champions now, but they are quite different in their demeanour and the way they work with the team, but I think the last three years have been great.

“It is good to have good competition. The days you get beaten by your team-mate, you have to say congratulations because it was a great job.

“But the days you do beat your team-mate when he is that competitive, it does give you an extra smile after the race and that extra good feeling. So it is important to have a competitive team-mate.”