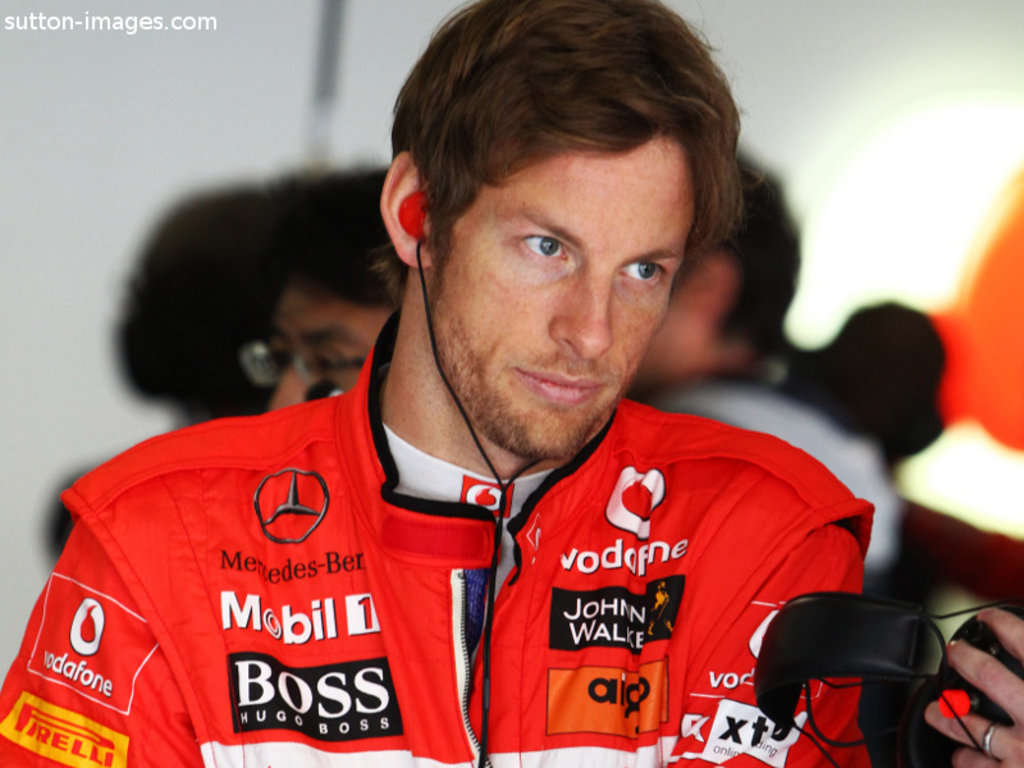 Although he stopped short of saying Sebastian Vettel is unbeatable, Jenson Button reckons his only chance of winning in China is if he beats the Red Bull off the line…

Although he stopped short of saying Sebastian Vettel is unbeatable, Jenson Button reckons his only chance of winning in China is if he beats the Red Bull off the line.

But even then Button’s chances aren’t looking that good given that Vettel qualified a massive 0.715s ahead of the McLaren driver on Saturday afternoon.

And the last time the German was over seven-tenths up in qualifying, which was in Australia, he cruised to victory, completely unchallenged by second-place finisher Lewis Hamilton.

But, despite the odds being in Vettel’s favour, Button was delighted with his qualifying performance.

“This is my best grid slot of the year and from where we were on Friday we’ve improved the car a lot,” he said. “We should be happy with what we’ve achieved.”

Looking ahead to Sunday’s race, the 2009 World Champ reckons his “best chance of winning the race is to challenge Seb into Turn One.”

But, then again, he had been hoping to challenge the German in qualifying. “I thought we could fight for pole, but the pace of Sebastian in Q3 was phenomenal.”

Even Vettel was “surprised” by the gap between himself and second-placed Button.

“The gap surprised us as well,” said the reigning World Champ.

“Obviously we did it again but I try to remind myself and the team that every time is tough. It wasn’t straightforward, in Q2 I had a bit of a mistake but in Q3 we improved.

“It all starts from zero again on Sunday. All it is is eight metres (in front of Button). We are as happy as we can be with the car, we had good long runs on Friday so have reason to feel good.”