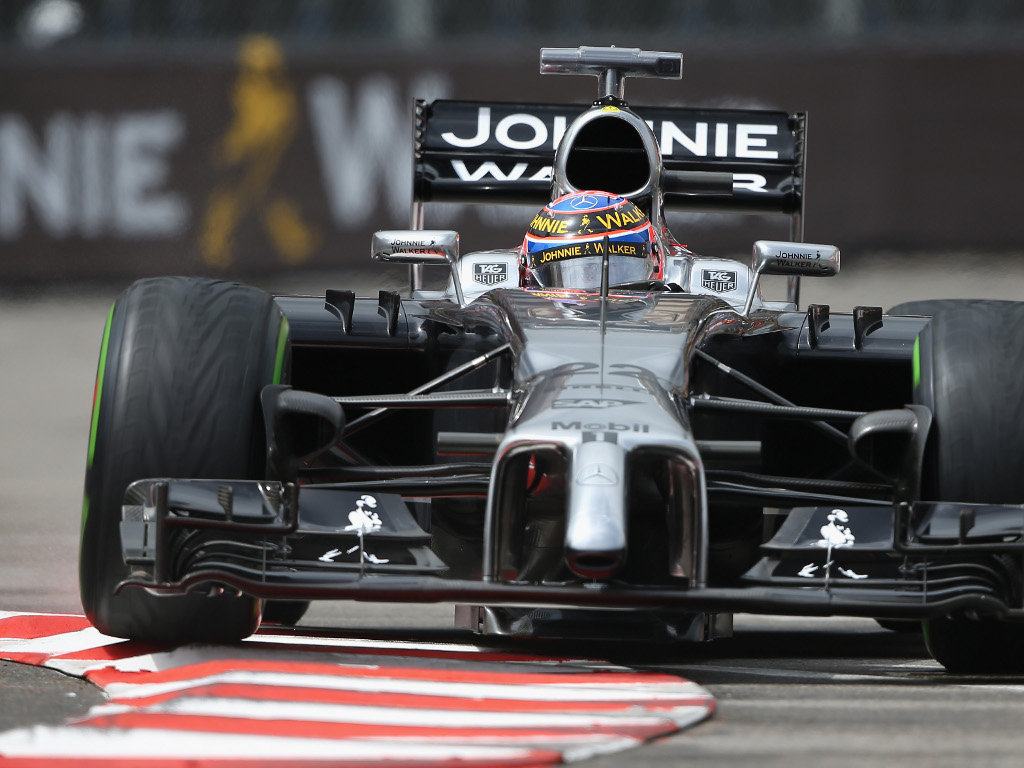 Jenson Button is hoping the weather forecast for Monaco remains dry after having a taste of the inters and their lack of grip on Thursday.

Button was one of the busiest drivers in Thursday’s second practice as the McLaren driver put in the laps with the intermediate tyres on the drying circuit.

He was the quickest of those on the inters, although only nine drivers really did any running on them.

However, when the rest of the field emerged for supersoft tyre runs late in the session, Button dropped to eighth, 1.239s off the pace.

He told the official F1 website: “It’s much too early to say how fast we really are – or the others – but it’s nice to be back in Monaco. It’s a lot of fun with these cars – with their power.

“There is not a lot of mechanical grip, though, which makes it always a bit tricky with the tyres that we have.

“As the forecast predicts dry conditions on Saturday and Sunday the supersoft is a reasonable tyre.

“The inters are a very difficult one to use, even if the circuit is almost dry, as there is no grip at all – so let’s hope that the forecast is right.”

As for the new asphalt that has been laid down at Casino, the 34-year-old said he was impressed.

“I think a lot of other circuits can learn from what they’ve done here because the asphalt is really good,” he added.

“Considering that it’s all brand new it has so much grip. When it was wet I feared that we would get oil from the asphalt, but not at all. So good job done!”