Home Uncategorized Button: We lost ground but not much 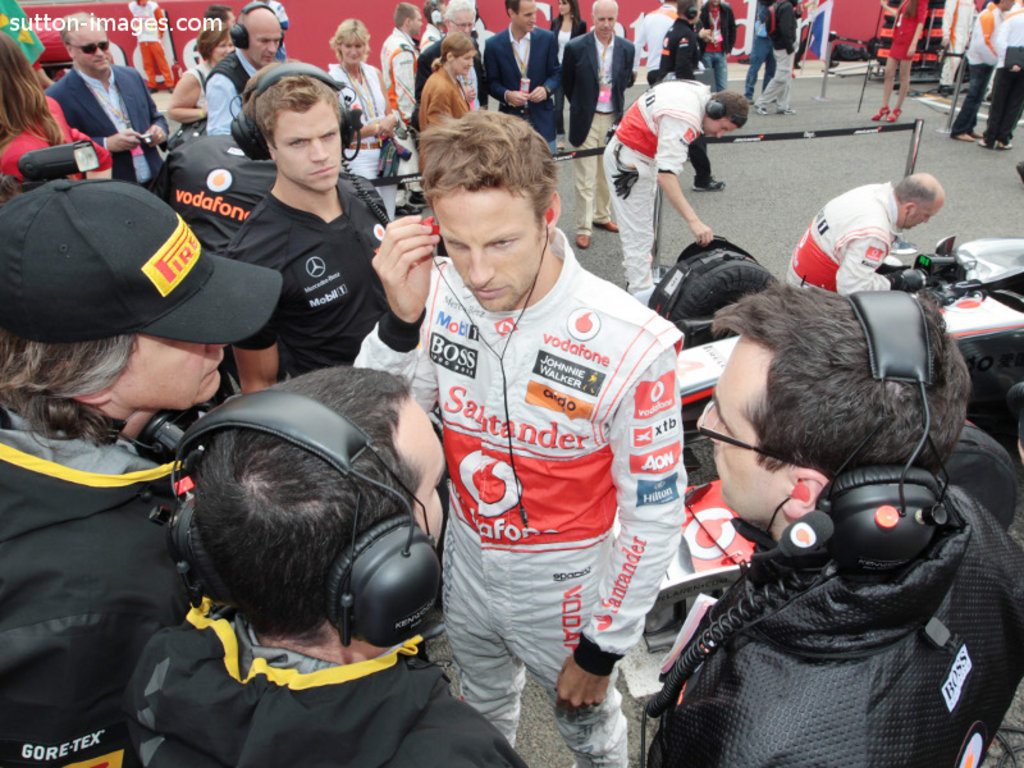 Jenson Button is confident McLaren haven’t lost too much ground to their rivals, although does concede their momentum took a knock in Britain…

Jenson Button is confident McLaren have not lost too much ground to Red Bull and Ferrari, although does concede their momentum took a knock at Silverstone.

After claiming his first race victory of the campaign in the Canadian GP, Button had hoped to take the fight to Red Bull in the following two races.

However, Sebastian Vettel dominated the field in the European GP while Ferrari’s Fernando Alonso came to the fore at the British GP. That race also saw McLaren prove to be their own worst enemies as the team had an error-strewn event.

Button, though, believes his team has not lost too much ground to their rivals and could easily be back on the pace at next weekend’s German GP.

“Perhaps we’ve lost a bit of the momentum we’d built up in previous races, but not much,” said the 2009 World Champion.

“Although Silverstone was disappointing, our pace has been good this year. Sometimes we’ve been quickest, sometimes we haven’t.

“The arrival of DRS and KERS Hybrid has made the racing very unpredictable, and while that’s challenging for us, it’s great for the fans, and I think we’re going to put on a really exciting show.”

The Brit is seeking his maiden victory at the “truly historic and equally tricky” Nurburgring circuit and admits both himself and his McLaren team will have to remain focused if he wants to finally achieve that goal.

“This is a race I’d really like to win. In my Championship year I finished fifth and my best position before then was third, back in 2004.

“To be able to say you’ve won at the N