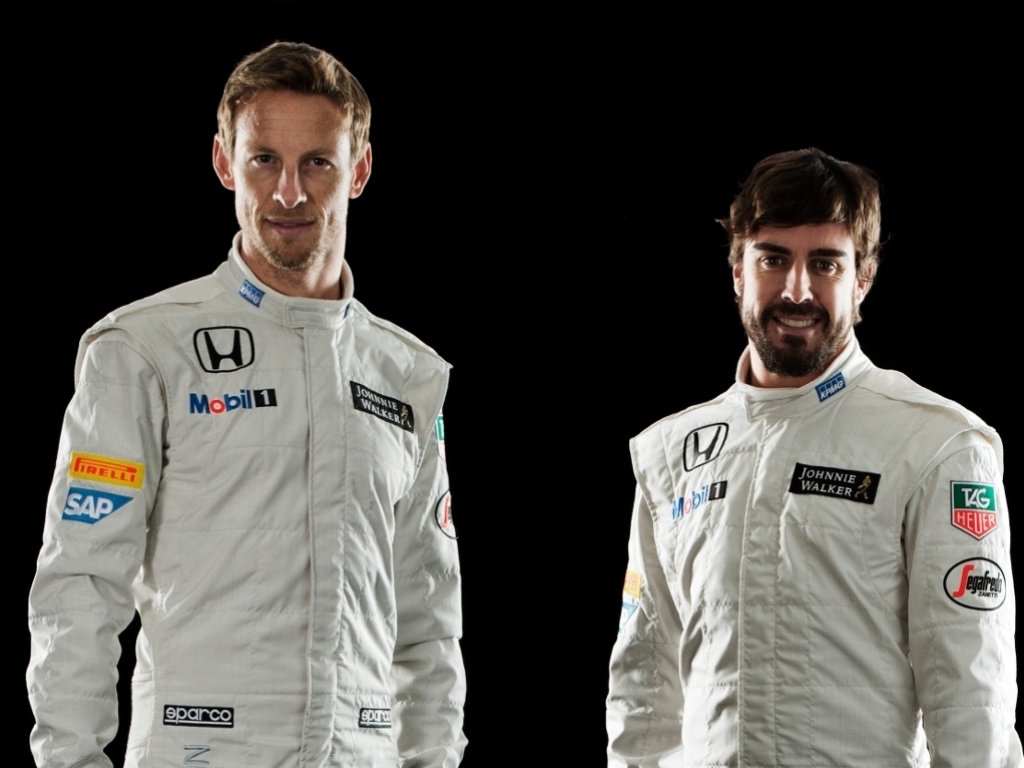 Jenson Button is looking forward to taking on Fernando Alonso – "a very complete driver" – as they push McLaren back to the front of the grid.

This year the Brit will partner the double World Champion for the first time as Alonso returns to the team with whom he raced in 2007.

Both drivers are World Champions, with three crowns between them, giving McLaren arguably one of the strongest line-ups on the 2015 grid.

Speaking about his Spanish team-mate during Thursday's launch of the McLaren-Honda MP4-30, Button says he is relishing the prospect of working alongside Alonso.

"Fernando is a very experienced driver, a very complete driver, as you would expect from someone that's had so much experience in this sport but also a double World Champion," he said.

"It's great for me, I love having a team-mate that obviously pushes me hard but also has the experience to give great feedback."

The duo also seem to be compatable when it comes to the car with Button revealing that both want the same characteristics from the MP4-30.

"From what I see in the data from the simulator runs and from the feedback I get from Fernando, I think we like a similar car.

"This is very important for us moving forward in terms of shaping and moulding the car in a certain direction."