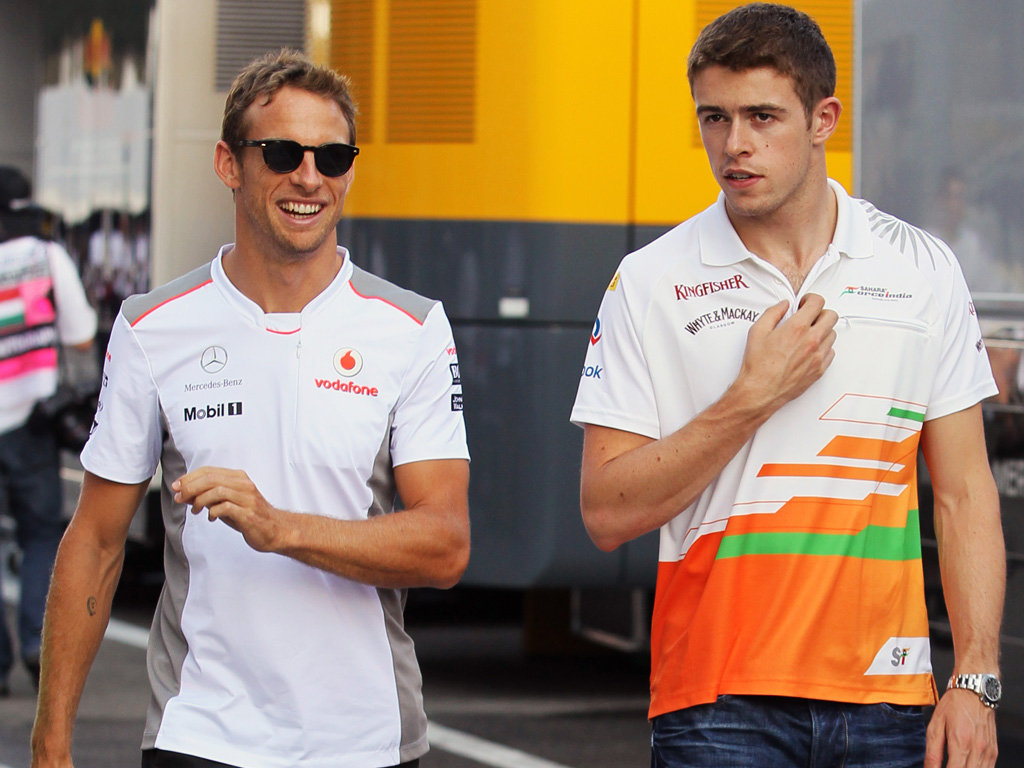 Jenson Button is refusing to speculate on Paul di Resta’s future, but admits he is someone he “could work with”…

Jenson Button is refusing to speculate on Paul di Resta’s future, but admits he is someone he “could work with”.

Di Resta confirmed over the weekend that Sports Partnership, the company Button helped set up with his manager Richard Goddard and PR guru James Williamson, will take care of his business affairs in future.

Button admits he is delighted to have someone he trusts in the team.

“We talked about that scenario,” he is quoted as saying by The Telegraph, “about having another driver in the Sports Partnership. I completely trust Richard and James and everyone who is involved in the company.

“For me it is a great idea, it is great to have another driver involved. It had to be someone that I trusted but also thought was very talented and who I could work with…in a way.”

Di Resta has been touted as a possible replacement for Lewis Hamilton at McLaren should the former World Champion decide to move on, but Button is not interested in speculating.

“That is not for me to say, that is for his management to say. I am not managing him. That is not the right thing to say and I don’t think he would like that either,” he said.

“If the company wanted to manage somebody who I didn’t think had their head screwed on it would be a bit more of an issue.

“But with Paul I think it is great. He is like a sponge; he is always willing to learn. It is scary from my point of view, but it is exciting I think.

“It is great for him as well. He needs someone who is experienced in this business and is also very human in the way they do business. He has definitely got that in Richard. And James.”