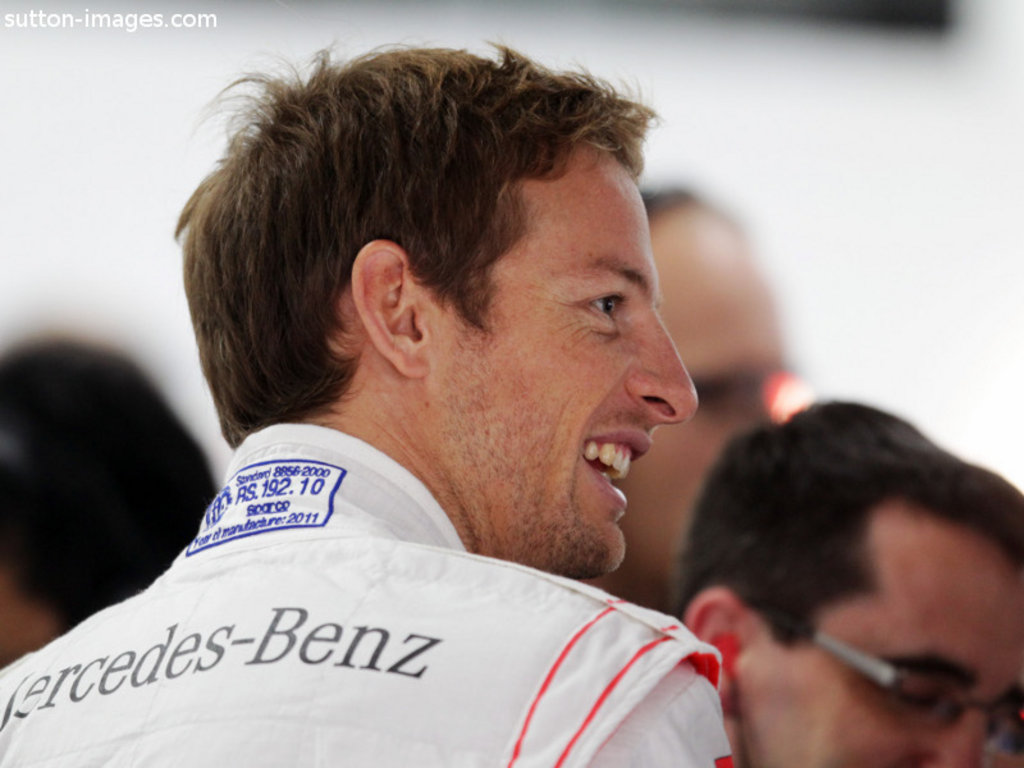 Jenson Button says he won’t retaliate against Sebastian Vettel after the Red Bull driver pushed him onto the grass at last Sunday’s Japanese GP.

Starting on the front row of the grid with Vettel in pole position, the German quickly moved across the track to block Button’s challenge.

However, he was perhaps a bit robust in his move, forcing Button to put two wheels onto the grass.

Button had a few words with Vettel in the wake of the grand prix, however, he says he won’t seek retribution this weekend in Korea.

“No, but it sounded good on TV,” said the McLaren driver.

“I don’t think it changes anything. You’re still going to be intelligent about the way you go racing and if you know that he’s not going to back out and you’re going to push him on the grass, you’re not going to do it.

“If I didn’t back out we would have both ended up in the inside wall. It doesn’t matter that your car’s only a quarter of the way up the inside, the whole car crashes when you touch.”

As for his cries in the immediate aftermath of the incident for Vettel to be slapped with a penalty, a decision the stewards did not agree with, Button says he accepts their decision.

“It’s not down to me, it’s down to the stewards and they’ve got all the angles and didn’t think it was necessary to get a penalty so I agree with them.

“The funny thing was that when I spoke to Sebastian he said he didn’t see me. And I said that on BBC and they said ‘Well, watch this bit of footage.'”

However, he doesn’t accept Vettel’s excuse of not having been able to see the McLaren driver.

“Unless he’s just resting his head because he knows its going to be a tough race on his neck, or he’s looking at Lewis (Hamilton)…”