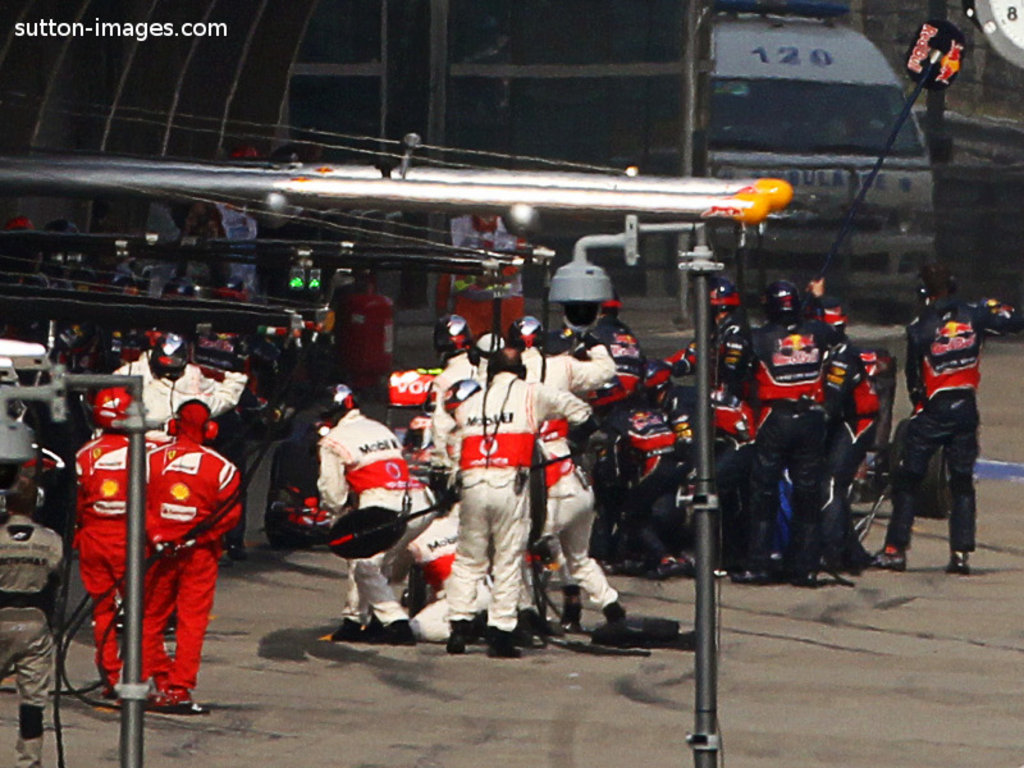 Jenson Button concedes he wasn’t paying attention when he stopped in Seb Vettel’s pitbox but, adds, it didn’t cost him a podium finish…

Jenson Button concedes he wasn’t paying attention when he stopped in Seb Vettel’s pitbox but, adds, it didn’t cost him a podium finish.

The McLaren driver was leading the Chinese Grand Prix when he came in for his first stop for fresh tyres on lap 14.

But, instead of pulling into his McLaren pitbox, the Brit raised a few eyebrows when he stopped in Vettel’s Red Bull box with the German arriving in the pits behind him.

After a brief hesitation, Button realised his mistake and drove through Vettel’s box and into his own.

“There’s always a first time,” Button told Reuters when asked what he had been thinking.

“I came into the pits and I was looking down and I flicked a switch which I thought was the right one, which we always do before a pitstop.

“As I was driving in I realised ‘Oh my God, it’s not actually the right switch’. I’d flicked the wrong one. So I turned that one off and turned the right one on. And as I look up I am there (in the pits) already.

“So I drive in thinking it’s the right stop and it’s not. So they waved me on… it’s not really a big story, it cost me about two seconds. I still would have finished in the same place in the race. And Lewis Hamilton still would have won.”

The Brit has already been forgiven for the error by team boss Martin Whitmarsh.

“I’m sure it was fairly comical but he doesn’t make very many mistakes,” he said.

One person who did see the humour in the situation was Vettel.

“Imagine if they’d changed his tyres! I would have to drive on to McLaren and say ‘hello,”‘ he said. “It happened a couple of years ago with a Toro Rosso. I don’t know what attracts people to stop in my garage.”