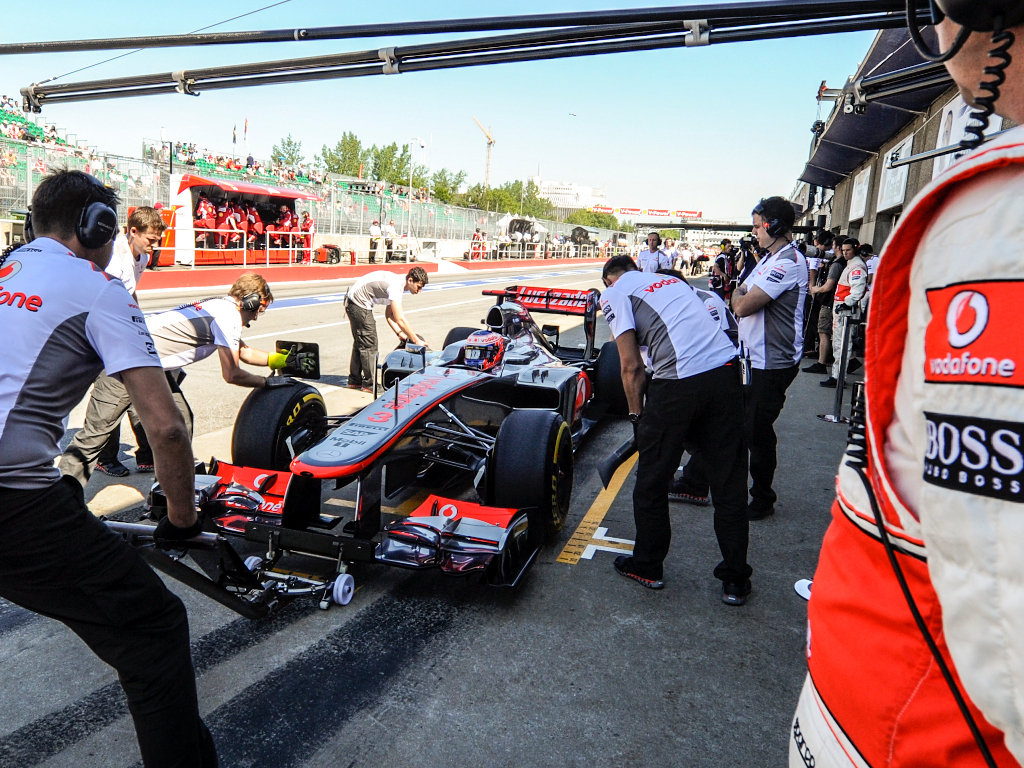 Martin Whitmarsh is adamant Jenson Button’s situation in the title race is not desperate but concedes he does need to be “up there” in Valencia.

Having started the season on a high note with a victory in Australia, Button’s form has slumped as the McLaren driver has struggled to come to terms with the new Pirelli tyres.

Seven grands prix into the season and with just two points in the last four races, Button has dropped to eighth in the Drivers’ Championship on 45 points, 43 behind his team-mate Lewis Hamilton.

Whitmarsh, though, insists the Button situation is not yet dire.

Button suffered one of the worst fates one can in Formula One last time out in Montreal when he was lapped by his team-mate Hamilton as the latter raced to his first victory of the season.

Pressed as what exactly the cause of Button’s recent problems may be, Whitmarsh said: “It’s a very close and competitive season, with a very wide spread, and I think that it’s very easy to fall out of that sweet-spot of performance.

“Jenson gave a command performance only seven races ago where he won and dominated the Australian Grand Prix. His talents, his appetite for winning, and his competitiveness haven’t evaporated in that short period of time – he still has all of that.

“He had a bad weekend, contributed to by Friday’s reliability problems on his car which didn’t allow him to do the homework he needed to do before the race.

“I think, personally, we didn’t give him the right car. It was damaging to the rear tyres – and these tyres are incredibly fragile. He’s an individual who we know can look after his tyres so the fact that he was having such difficulty with the rear tyres tells me that he had different suspension geometry and a different set-up from Lewis.

“If we had long-run that (set-up) on Friday we might have learnt much more. We didn’t, we found out in the race – which was too late.”

The McLaren team boss added that he has ever confident that Button will bounce back as in despite the “self-doubt” that would have reared its head in Canada, he is still one of the “most experienced, brightest, relaxed and comfortable-in-his-own-skin drivers in the paddock.”

“I’m confident that Jenson, after working with his engineers, can arrive in Valencia – which is probably more similar to Melbourne, a circuit he dominated only a number of weeks ago, than many of the circuits we’ve just been to – with no reason why he can’t win that race. He still has the skill and all the attributes.

“Inevitably, you are disappointed as a competitive racing driver if you haven’t performed to the peak of your capability and not been as competitive as you want to be – and I’d be a little bit worried if he got out of the car and showed no signs disappointment – but Jenson has been racing a good many years, he’s had ups and downs in his career, and I know that he is confident enough in his ability to work with his engineers to be competitive at the next race.”