Home Uncategorized Can Anyone Prevent A Merc 1-2 In Austria? 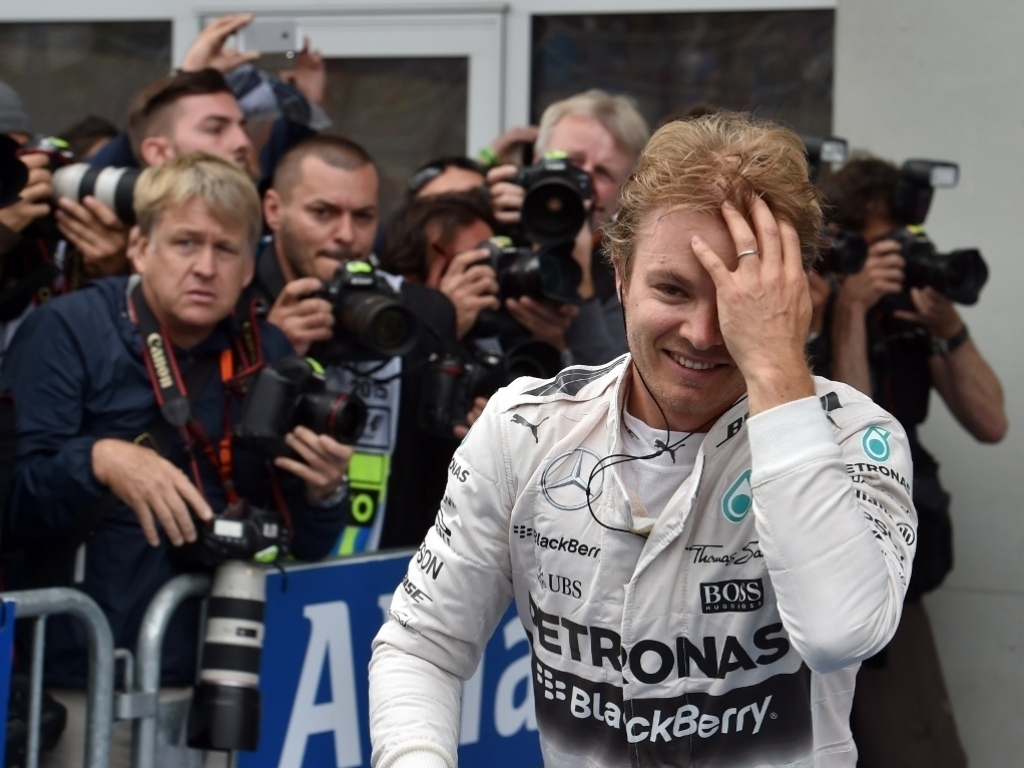 Formula 1 goes back in time this weekend with the Austrian Grand Prix at the Red Bull Ring, a circuit where drivers can pay for their mistakes.

As the sport embraces new-style tracks all too often in the Hermann Tilke mould, the nine-corner Red Bull Ring is a step back in time with the thrill of long straights and open corners.

It is a track where aero efficiency and power go hand-in-hand paving the way for a likely Mercedes 1-2.

Nico Rosberg is chasing a piece of history today as, should he win a third Austrian Grand Prix he will tie four-time World Champion Alain Prost on three wins apiece.

However, that’s just today’s picture. The bigger one includes winning a first World title for the German.

Rosberg lines up on the grid 24 points ahead of his team-mate Lewis Hamilton, whose hard work in Monaco and Canada were blunted by a scrappy qualifying in Baku which was followed by engine settings issues during the grand prix.

The Brit is determined to get back on level terms with his Mercedes partner but will need to resolve his start issues to do so. Hamilton has battled to get off the line this season and with a long run from the grid to Turn 1 at the Red Bull Ring, another poor getaway could cost him places.

Mercedes’ rivals will be eager to capitalise on any issues, driver or reliability, from the Brackley squad.

Although it is Williams who joined the team-mates on the podium the last two years running, it is Ferrari who many believe will lead the charge. However, the Scuderia have had issues of their own; both reliability and strategic.

Sebastian Vettel and Kimi Raikkonen may be ‘best of the rest’ in the standings but the duo have yet to realise the full potential of Ferrari’s SF16-H, a car that has been described as a “thoroughbred: difficult to tame.”

Like Ferrari wanting to make points out of any Mercedes’ slip-up, Williams and Red Bull Racing, who have in recent years struggled on the straights of their home circuit, will be determined to jump on theirs with Force India looking to usurp them all as F1’s most likely podium contender.

The Spielberg hills will be alive with the sound of V6 engines with speeds of over 300km/h, and it all plays into the hands of Mercedes.