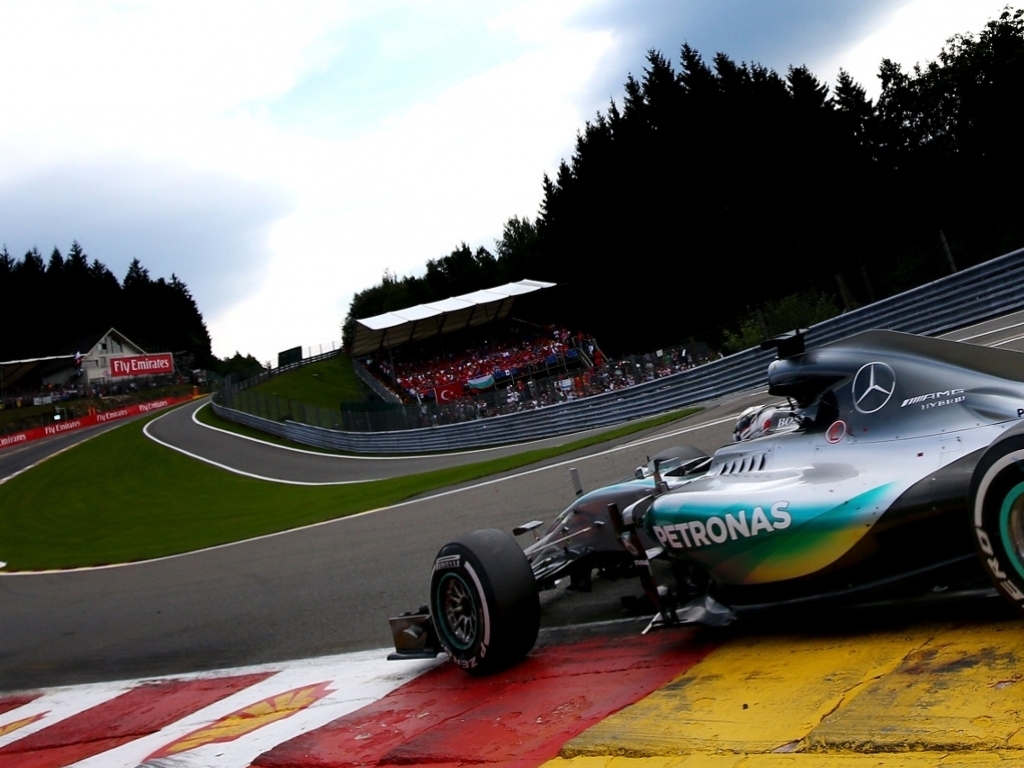 Formula 1 is facing a bumper run-in to the title as the sport returns this weekend with the Belgian Grand Prix, the first of nine races to take place in just 13 weeks.

The Belgian Grand Prix is held at the historic 7km Spa-Francorchamps circuit where high speed and high downforce are the buzz words.

The track, though, highlights where Formula 1 has gone wrong in the last decade.

In years gone by the manner in which a driver tackled Eau Rouge would separate the men from the boys with only the very confident, and very brave, taking one of F1’s most sacred corners flat-out.

Today, given the grip levels, even the backmarkers in the worst cars on the grid don’t have to lift.

Alterations to the Bus Stop chicane and the laying of asphalt run-off, most notably at Les Combes, have also changed the game.

But despite all that, given its history and speed, the Belgian Grand Prix remains one that all the drivers want to win, and one that even those who don’t still love.

Formula 1 legend Michael Schumacher, who called Spa his “living room”, is the most successful driver at the Belgian GP while Kimi Raikkonen is leading the current crop.

The Ferrari driver has four Belgian wins to his tally but will be hard pressed to add a fifth this Sunday given Ferrari’s demise.

The Scuderia, let down by reliability, strategy and an erratic SF16-H, are not only behind Mercedes in the standings and on the track but have also lost ground to Red Bull Racing. As such it is the Bulls who are expected to take to the fight to Mercedes.

In keeping with the RB12’s predecessors, Red Bull have once again designed a car that is aerodynamically efficient and one could say, a Spa specialist. Red Bull have been on the podium six times in the last seven editions, winning three. It is now up to the TAG Heuer-badged Renault engine as to whether this year’s grand prix will be a Mercedes 1-2.

Championship leader Lewis Hamilton is chasing his third victory having previously triumphed in 2010 and again last season. For Nico Rosberg, a P1 would be his first.

Locked in a battle for the World title, which Hamilton leads by 19 points, turbocharger and the MGU-H penalties could yet hampered the Brit’s quest for a fourth title while aiding Rosberg’s first.

Nothing, though, is certain at Spa except unpredictable weather. A wet-dry race in 1995 saw Schumacher come from 16th on the grid to win by 19 seconds over Damon Hill.

But while today’s cars don’t always encourage overtaking, there is not a driver lining up on Sunday’s grid who isn’t dreaming of a miracle.