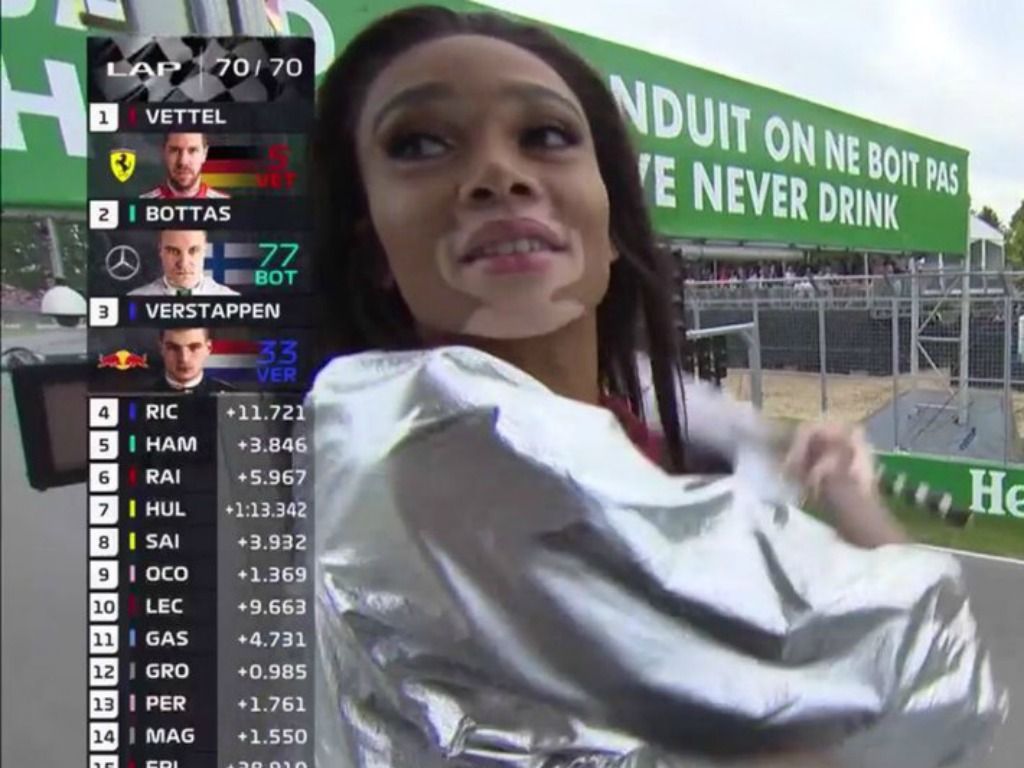 The Canadian Grand Prix result has been classified after 68 laps after model Winnie Harlow prematurely waved the checkered flag.

Harlow, who is friends with Lewis Hamilton, tried to do us all favour by ending the Canadian Grand Prix after a largely uneventful afternoon of racing at the Circuit Gilles Villeneuve.

The checkered flag started to wave one lap before the actual finish but, because, of the mistake, the FIA have recorded the results as of lap 68 instead of when the checkered flag waved again at the correct time.

This is not the first time this has happened; the 2014 Chinese Grand Prix was also shortened by two laps because the chequered flag was accidentally waved too soon.

Back in 2002 at the Brazilian Grand Prix, football legend Pele forgot the checkered flag altogether.

Article 43.2 of the sporting regulations states: “Should for any reason the end-of-race signal be given before the leading car completes the scheduled number of laps, or the prescribed time has been completed, the race will be deemed to have finished when the leading car last crossed the [finishing] line before the signal was given.”

The early cut-off to the Canadian Grand Prix did not affect the result, with no overtakes in the final two laps or for much of the afternoon, for that matter.