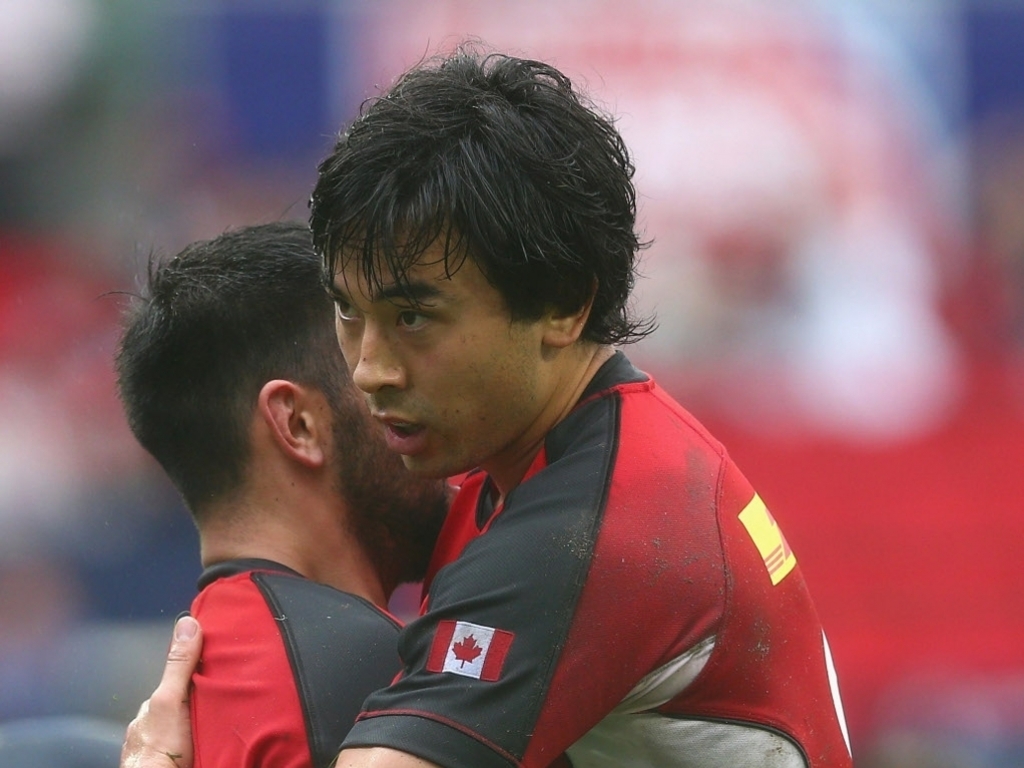 Canada claimed their second successive win after edging out Georgia 16-15 in their World Cup warm-up clash in Esher, England, on Wednesday.

Fly-half Nathan Hirayama led the way for Canada with an 11-point haul via a conversion and three penalties and prop Andrew Tiedemann scored the Canucks' only try.

Georgia, however, crossed for a try in each half with flanker Giorgi Tkhilaishvili and full-back Beka Tsiklauri dotting down.

Canada made a superb start when Tiedemann barged over from close quarters in the fourth minute after his backs combined brilliantly from close to the halfway mark in the build-up.

Hirayama added the extras but Georgia struck back with a Lasha Malaguradze penalty in the 13th minute before Hirayama made it 10-3 via the kicking tee five minutes later.

Tkhilaishvili scored his side's first try close to the half-hour mark after his team attacked from a scrum close to Canada's tryline.

Hirayama then landed a 40-metre penalty to give his side a 13-10 lead at half-time.

Canada increased their lead in the 46th minute when Hirayama added his third penalty. Both sides upped the ante to secure victory as the game progressed and Georgia were rewarded with their second try in the 74th minute when Tsiklauri scored in the right-hand corner.

They failed with the conversion however and the Canucks clung on for victory.