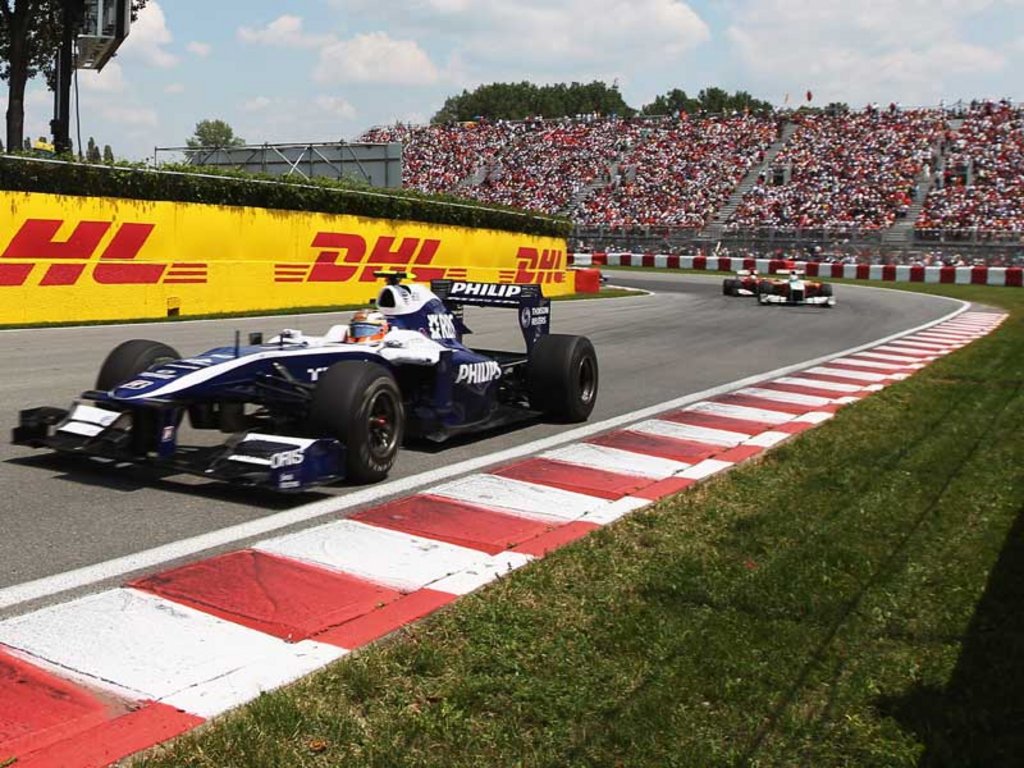 With abrasive tarmac, two DRS zones, KERS, long straights and inevitable Safety Cars, Canada could be the biggest overtaking fest of all time.

With abrasive tarmac, two DRS zones, KERS, long straights and inevitable Safety Cars, Canada could be the biggest overtaking fest of all time.

It hardly seems two weeks since we were in Monaco, but before you can say massive international debacle we’re staring at groundhogs in Montreal. In the last two weeks the FIA have done a passable impression of a teenage girl, not sure what shoes they’re going to wear, what dress they’re going to choose, whether they should put on the Bahrain Grand Prix and announcing a 2012 calendar of 21 dates, “but we’re only going to run 20 of them”.
Jean Todt had been doing so well up to that point, but as Max Mosley pointed out adroitly after the WMSC meeting that endorsed Bahrain’s return, they needed the written agreement of every team taking part, they were never going to get that. More importantly, why didn’t they realise what the rules were before announcing their decision…? Lest it be forgotten, these are the same guys that think it’s a good idea to have different stewards from race to race throughout the season.
Ferrari boss Stefano Domenicali has been noticeably camera shy on the BBC broadcasts this year. Having voted for the Indian GP/Bahrain GP switch at the meeting he’s presumably going to be less keen to talk than ever.
The Canadian Grand Prix has always been a belter of a race without the intervention of Pirelli tyres, but this weekend it’s like the kitchen sink has been thrown at the race.
We have:
1.Pirelli tyres
2.Long straights and big stops
3.Abrasive tarmac
4.KERS
5.Two DRS zones
6.Lewis Hamilton on a mission
What’s more, towards the end of the race, just as in Monaco, we’ll have marbles strewn across the track like confetti outside a registry office. Throw in a couple of Safety Cars and the odd surprised groundhog and you have the mixture for one hell of a grand prix.
Last year Fernando Alonso should really have won the race, but was caught out by a series of unfortunate incidents that eventually saw him wind up third. The two McLaren boys profited and it’s likely to be the same trio slugging it out again this weekend. Lewis is very adept at sitting on pole here.
The Isle Notre Dame circuit is not one that rewards aerodynamic efficiency as demonstrated by the Red Bulls, this is a track that hands out prizes to powerful engines. Last year Webber and Vettel came 4th and 5th. If Mercedes and Felipe Massa have got their act together they could be demoted even further down the order. So don’t be surprised to hear Christian Horner use the words ‘damage limitation’ from time to time.
Last year there were a few races when various teams were ‘supposed’ to do well because their car suited a circuit and it didn’t quite come off. McLaren were supposed to trump Red Bull in Korea but it didn’t happen. One element Ferrari say they have now got an understanding of is how to make the Pirelli hard tyre work.

In Spain, Fernando Alonso was fine on the soft tyres, but the moment he strapped on the hards he went backwards at over a second a lap. Canada will demonstrate if they have managed to find a solution as Pat Fry says they have. Certainly the ex-McLaren man should have experience of setting up cars that work in Canada.

Michael Schumacher had a particularly combative race in Montreal last year, clashing with Robert Kubica, Felipe Massa and Adrian Sutil along the way. He’ll hope that he can replicate his Monaco qualifying, but not his Monaco start in Montreal. Michael is one of the three World Champions who bounced into the Champions’ Wall in one Canadian race, but in recent years drivers have been paying it a lot more respect.

With five taking the start for this race, the wall is obviously going to be hoping to notch up another World Champ. It’s there to catch drivers who take too much speed through the final chicane, which has always been a big bone of contention. For too many years drivers have been able to cut the chicane and avoid the heavy braking that would see them get overtaken at that spot.

This year with two DRS zones at drivers’ disposal, there may be no need for the heavy defending because the following driver is going to get past easily. For the same reason, there’ll be no need for the clumsy lunges up the inside as attempted by Lewis Hamilton, Kamui Kobayashi and Paul DiResta in Monaco.

How many tyre stops are there going to be? With a reasonably short pitlane entrance reducing time in the pits, there could be as many as four or five. As regards overtaking moves, there could be more than we had in Turkey, with the added lottery of some Safety Cars thrown in.

Nick Heidfeld will be under pressure to perform having been publicly criticised by his team. Certainly the Nick who has come to the Renault team in 2012 looks unlike the Nick who ran Robert Kubica so close when they were at Sauber together. His team-mate Vitaly Petrov says he has recovered from the lack of definable injuries he suffered in Monaco. More significantly, Sergio Perez says he should be fine after a considerably more scary shunt.

Even though the F1 geeks at Autosport don’t like all this overtaking madness, preferring to go for Max Mosley’s game-of-chess theory on F1, you can’t feel anything less than huge excitement at the prospect of an action-packed Canadian Grand Prix. For those of us who have watched cars follow each other round and round for a lifetime, the novelty hasn’t worn off yet.