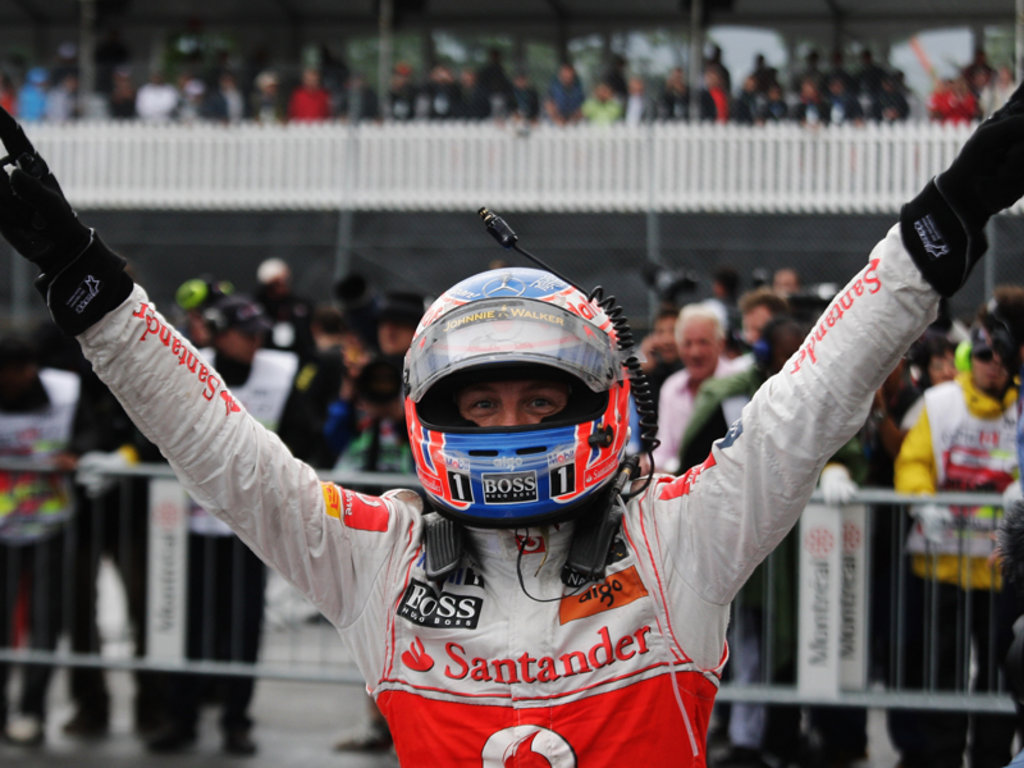 After one of the greatest GPs of all time last year, the teams arrive in Montreal with no small task on their hands…

After one of the greatest GPs of all time last year, the teams arrive in Montreal with no small task on their hands

It may have been more like an endurance event than a grand prix in 2011 thanks to the lengthy spell of rain but the climax was unmissable. Especially if you were Jenson Button winning on the last lap after having taken six trips down the pitlane, hauling in Sebastian Vettel and then passing him on the final lap (having survived contact with your team-mate on the way).

Canadian GPs usually make for exciting races, but last year was exceptional. This year should prove no different from the previous epic races from the Isle Notre Dame and the sense of anticipation has only been heightened by the procession we had in Monaco with no overtaking at all. The difference from one French-speaking GP to another couldn’t be more extreme.

In Canada last year there was a double DRS which has been reduced to a single DRS zone in 2012 and that single zone – on the straight following the Casino hairpin – has been reduced in length by 50m, because last year it was deemed to be too easy.

The Circuit Gilles Villeneuve has always tended to favour cars with an engine advantage and so Mercedes should go into the race as favourites. There is a lot of straightline running which will also play to the strength of their double DRS especially in qualifying. Providing the track temperature doesn’t throw a curve ball at Ross Brawn’s team they should be locking out the front row.

Which would be a pretty amazing feat when you consider that Michael Schumacher would have been on pole in the slowest-speed-circuit-on-the-calendar Monaco. Turns 1 and 2 in Canada are not without peril, so what might happen between the team-mates should they both decide they want the lead into the first turn is anyone’s guess, but quite a few people’s nightmare.

The temperature dimension of running Pirellis is something that Lotus are keenly monitoring. When the track heats up, such as the race in Bahrain, they find a lot of performance in the car. When it is cooler than expected they drop off the pace. In Monaco they struggled and the forecast for the GP weekend (written on Tuesday) is cloudy and 21C on Friday and Saturday; sunny intervals and 24C on Sunday. Hardly Lotus weather.

However, one aspect of the rarely used circuit is that the tarmac is very green and abrasive and takes quite a time to rubber in. So those cars that are kindly to their tyres might have some advantage. On the other hand, with a short pitlane, teams have the ability to make quick pit-stops and so can plan for multiple stops. With the ability to overtake in the DRS zone they can also risk more stops without the fear of getting stuck behind slower cars that are out of position.

Another hazard to watch out for this weekend, apart from student protestors and Romain Grosjean’s start, is the magnetic attraction of the ‘Champion’s Wall’, the barrier just after the final chicane which has claimed so many high profile drivers over the years. If you’re not going close, then you’re not trying. As the sign on it sometimes says ‘Welcome to Montreal’.

Lewis Hamilton will hope to do a lot better than he did last year when he crashed into his team-mate in an ill-advised manoeuvre that generated the much-aired Jenson Button comment on team radio: “what IS he doing?” Jenson cited a lack of vision for covering the line that Lewis had set his heart on, but there are a fair few that think he knew exactly what he was doing. This was the season of the impatient Lewis. The 2012 version is far more circumspect.

The Ferrari team have admitted that traction and top speed were among its weak areas early on in the season and as both are necessary to do well in Montreal the race should be a litmus test of the season to come. “I think we have improved the car in these areas since the beginning of the season and Canada will be a good test in this respect,” Fernando Alonso revealed in the team preview. “Hopefully this weekend we will see a competitive Ferrari and that will be very important for us, not just for this race but also for the rest of the season.”

Felipe Massa hopes that the improved form he found in Monaco will transfer across the Atlantic. The unique set-up required for Monaco worked better on the tricky F2012 than anything else he’s tried this year and so for Canada it will be Monaco XL (and less steering lock!)

Fernando Alonso has been the latest driver to join in the ‘it’s a bit of a lottery’ chorus about Pirelli tyres started by Michael Schumacher and echoed by Mark Webber and Dieter Mateschitz. But if it really were a lottery, then Massa would be doing just as well as Fernando was and Toro Rosso and Force India would have podiums. As it is, in pre-season testing there looked like nothing much to separate Lotus, Mercedes, Red Bull and Mclaren with Ferrari lagging, but some great test results for Sauber and Williams. All these teams have had great results in the first six races. Everybody said it was going to be tight at the top, and tight it is.

With the Isle Notre Dame producing carpets of marbles by the end of the race, and with the barriers close and the tyre performance as unpredictable as ever we can look forward to an incident packed, Safety Car-interrupted GP. Will it be as exciting as last year? We’re in the right territory for groundhogs…