Home Uncategorized Carey: F1 can’t be run like a ‘dictatorship’ 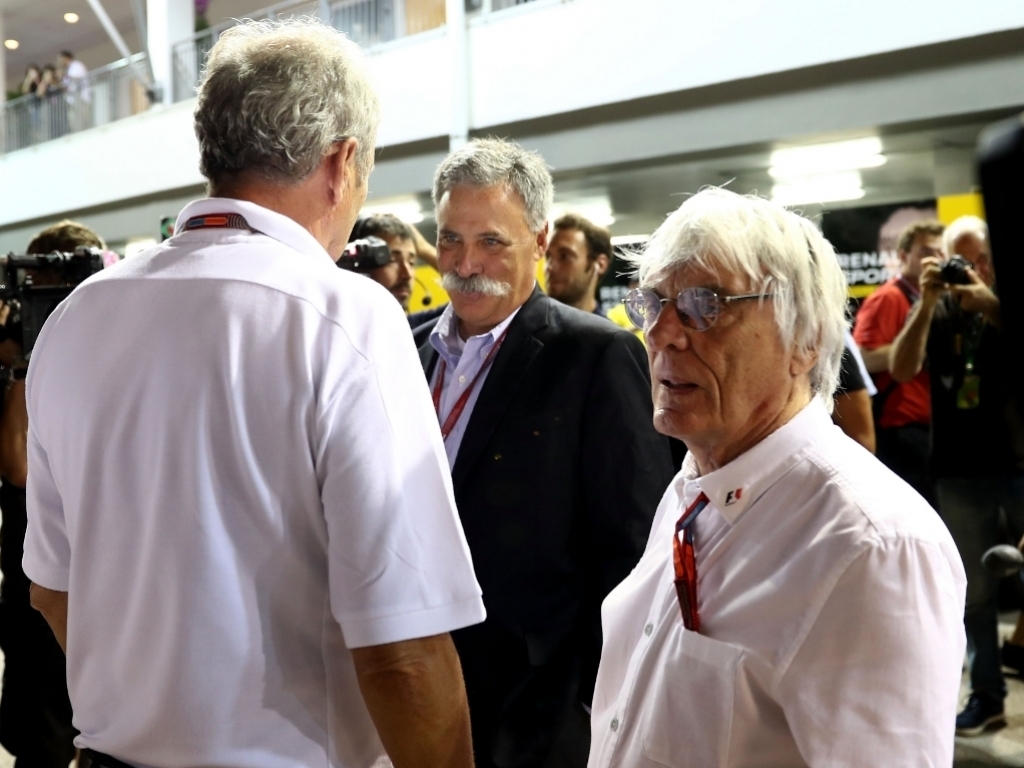 Change is on the horizon for Formula 1 as new executive chairman Chase Carey has vowed to put an end to Bernie Ecclestone’s one-man management style.

In his 40 years in charge, Ecclestone ran F1 in a very authoritarian manner, said Carey. But that style of leadership is not of interest to Carey and Liberty Media, who bought the sport from CVC Capital Partners for £6.4 billion earlier this month.

Carey, who was in the paddock for the first time at the Singapore Grand Prix last weekend, has vowed to take a more understanding and open approach when it comes to leadership.

“You cannot make everybody happy all the time, but you’ve got to understand what everybody wants and then find a path,” Carey told Formula One’s official website.

“Sure, that is not a task for a committee, as committees tend to become bureaucratic – but there also can’t be a dictatorship – even if probably here they are used to it.

“They need leadership, and leadership means that you create a vision to achieve the right goals for the future. Successful businesses are built on successful leadership that understands what every party wants. There have to be compromises.”

Even though Ecclestone was seen with Carey on the first day of the Singapore Grand Prix on Friday, the 85-year-old was excluded from a number of meetings Carey held with leading figures in the sport.

Ecclestone, who will turn 86 next month, has signed a three-year deal to be F1’s chief executive officer, but it remains to be seen whether he will see out his contract.

“Bernie is the CEO, so Bernie is going to lead it and I will work with Bernie to establish some kind of strategic plan to where you want to go,” Carey said.

“With all credit to Bernie, he’s had enormous success – the world admires Bernie for the business that he has built – but I still think that there is another level that we can take Formula One to.”

Hailing from America, Carey is eager to see more races held in his homeland as the only F1 event in the country is in Austin, Texas.

“We clearly will have a plan to develop America, and to be in the right market,” he added. “As I said earlier, there is a big untapped audience in the US.

“Formula One is a great premium brand and that means to me that you want to be at a location like Los Angeles, New York or Miami. Ideally in the great cities in the world.”