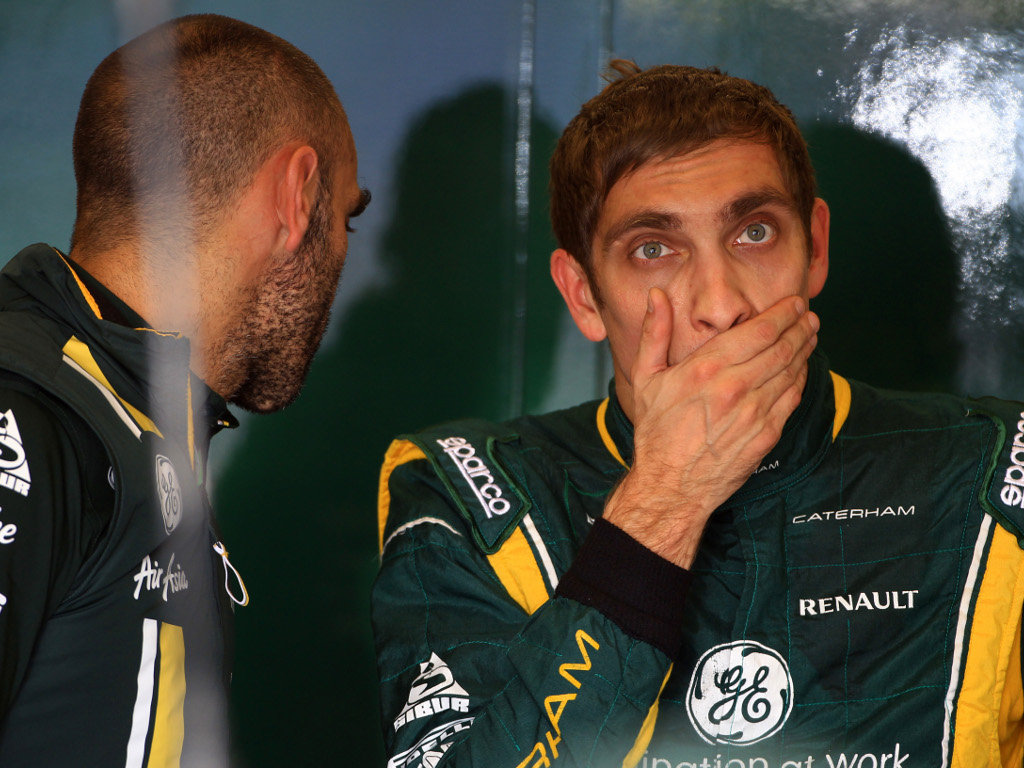 Vitaly Petrov’s chances of securing another season with Caterham are fading as his manager revealed talks have stalled.

After two seasons with Renault, Petrov joined Caterham at the start of the 2012 Championship.

It proved to be yet another point-less campaign for the backmarker outfit, however, Petrov at least ensured they finished tenth in the standings when he brought his CT01 home in 11th place.

The Russian’s drive, though, was not enough to secure his Caterham race-seat with reports claiming he is competing with Bruno Senna and Luiz Razia to partner Charles Pic this year.

“At the moment there are a lot of unanswered questions,” his manager Oksana Kosachenko told R-Sport. “There are too many nuances that need to be sorted out.

“We’re at the waiting stage, which is linked to the team’s restructuring. We completely depend on them and can’t speed anything up.”

As for rumours that Petrov has found new backing giving him the edge in the race for the second seat, Kosachenko says this is not true.

“So far, we haven’t managed to find new sponsors.

“Where do journalists get this information from? I’m a journalist myself and I know very well how this can just pop into someone’s head.”