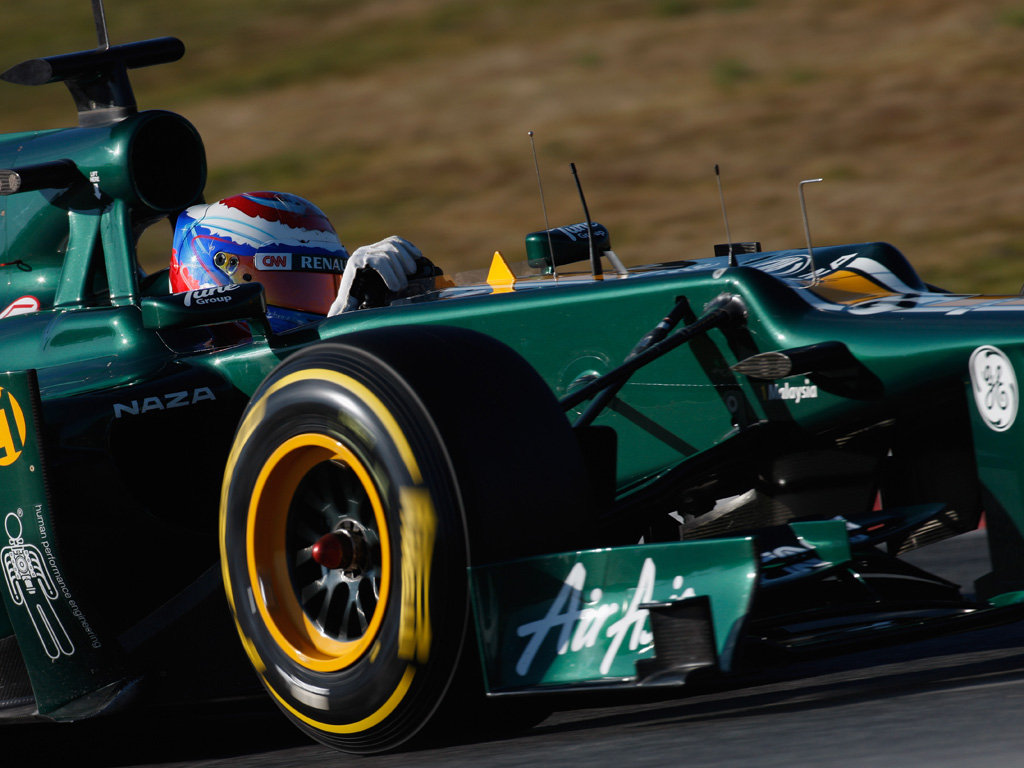 Caterham newcomer Vitaly Petrov believes that the team have come on leaps and bounds during their pre-season campaign.

Having battled it out with HRT and Marussia (then Virgin Racing) last season, Caterham appear to have a significant edge on their two rivals who were not able to complete any laps in their 2012 challengers during pre-season testing.

Conversely, the CT01 has enjoyed a number of days out on track. A strong outing at the first test at Jerez was followed by a frustrating spell in Barcelona, but the Hingham outfit got back on the right track in the last pre-season test at the Circuit de Catalunya.

Petrov was only named as one of Caterham’s drivers after the Jerez outing but asserts that the period between the second and third test has been incredibly productive for the team.

“I think the team has made a huge step forward from the first test to now – and the CT01 has shown good consistency, which is a valuable asset to build on,” he told the official Formula One website.

“This makes me pretty optimistic for Melbourne – as does the fact that we have never been more than about 0.5 seconds off the fastest time.”

Despite this strong showing, Petrov is not getting ahead of himself in predicting great things for the team.

“I think it’s still too early to tell,” he said.

“The team is being pretty cautious about what we want to do this year, so I think the main thing for me is to do the best I can and help them fight a couple of the teams in front.”

Petrov nearly saw his Formula One career come to an end last year when Lotus (formerly Renualt) announced in December that his services were no longer required.

The Russian admits that as soon as he was axed he viewed Caterham as the next best option, with the “chance to grow” the most appealing aspect.

“Things at Renault were sometimes great and sometimes tricky, and even though they have a great past and a lot of history, Caterham is growing quickly and wants to make its own stories, so the chance to be part of that feels good,” he said.

The 27-year-old has his sights set on remaining in the sport for some time now, if for no other reason so that he can turn out at a home GP in Russia in 2014.

“It is one of the biggest motivations for me – to make sure I’m on the grid in 2014,” said the Vyborg native.

“It must be the same for any athlete in any sport. To be able to compete at home means everything to you and it’s important to me that I’m there and in a car that I can really compete in.”