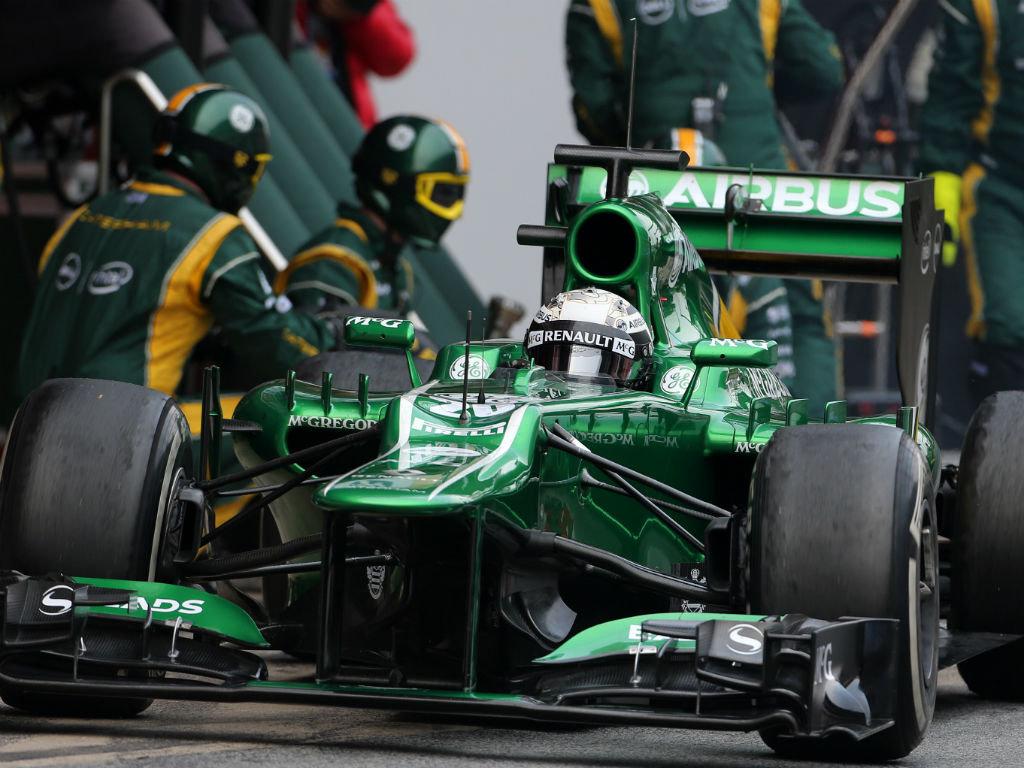 Charles Pic: “I’m looking forward to returning to Melbourne, this time for my first race with Caterham F1 Team and I think it’s going to be a good weekend.

“Melbourne itself is a very nice city. It’s good to go from the end of the cold European winter to the hotter weather of Australia and even though the hours you spend flying mean you arrive feeling a bit destroyed, it’s the same for everyone and I’m feeling good physically and mentally so it won’t be an issue.

“The circuit itself is very cool. It’s quick but as it’s a temporary street circuit the cars run with high downforce and it’s a good challenge to get a really clean lap in. FP1 is always quiet as the track is very green for the early part of the session, but it evolves a lot over the weekend and you need to time your qualifying lap right to make the most of the rubber that’s being laid down.

“After the tests we’re definitely ready to start racing. We have a good idea of where we’re going to start out and I think we have a very interesting season ahead of us. Whatever happens, I’m enjoying myself in Caterham and it’s great to be part of a team that has such an exciting future ahead.”

Giedo van der Garde: “Honestly I can’t wait to get started. Melbourne will be my first Grand Prix start and, even though it’s taken a while to reach this point, I’m completely prepared and really looking forward to getting back to racing.

“Having spent a lot of time with the team last year nothing was new to me when I moved up to the Race Driver position, but it’s still a different world, being a Race Driver rather than a Reserve, but I’m enjoying every minute. I finished off 2012 with a win in Singapore, and, while we’re all realistic enough to know we’re not going to be fighting at that end of the grid, I also know I want to be in the right position to take advantage of anything that comes my way when the lights go out.

“Over the season, I know Spa is going to be a great race as it’s so close to home, but for me the most exciting moment of 2013 will be when the lights go out in Melbourne and everything I’ve dreamed of for so long comes true. I’ve worked hard all winter and in the tests to prepare myself and I’m ready, physically and mentally.

“Before it all gets serious in Australia I also want to take this chance to thank everyone who has helped me reach this stage of my career. McGregor have played a big role in helping me become and F1 driver, so thanks to everyone there, and thank you to all the people at Leafield. Caterham F1 Team is a family, a very cool group of people who have a long-term plan that will come true, and if I can help the whole team achieve its goals then that would be a good way of saying thanks.”

Cyril Abiteboul, Team Principal: “Australia will be a proud moment for the whole team. 2013 is our fourth year in F1, the first with our new livery and the first season start since we moved into Leafield.

“On the surface it may look like we’re starting 2013 in a similar position to 2012, but inside the team it is very different. We have a base in Oxfordshire in which we now control all elements of the design and production in-house. The wind tunnel we use has been upgraded to meet our exact specifications and is now producing results that turn into definite improvements. We are continuing to improve the efficiencies and working practices within the team so we can compete both on track and as a viable business with a secure long-term future and we are bringing in talented people at all levels to keep pushing us forwards.

“We also have two new drivers for 2013, Charles Pic and Giedo van der Garde. Both are young, determined to succeed and eager to help the team achieve its goals. At the end of 2012 we were a central part of the F1 show, and I have told both drivers to be ready to be part of the show in 2013, maybe not right at the start, but with what we have coming to the car during the season, we can be confident that we are going to attract interest in us, for the right reasons.

“We have the facilities, we have the people and we have the infrastructure we need to take the next step forwards. We will do that in a calm, measured way, one that is grounded in a realistic view of the highly competitive world in which we operate, but we will do it with the greatest possible level of energy, passion and enthusiasm. It feels like the 2012 season finished only yesterday, but we cannot wait to start racing again!”