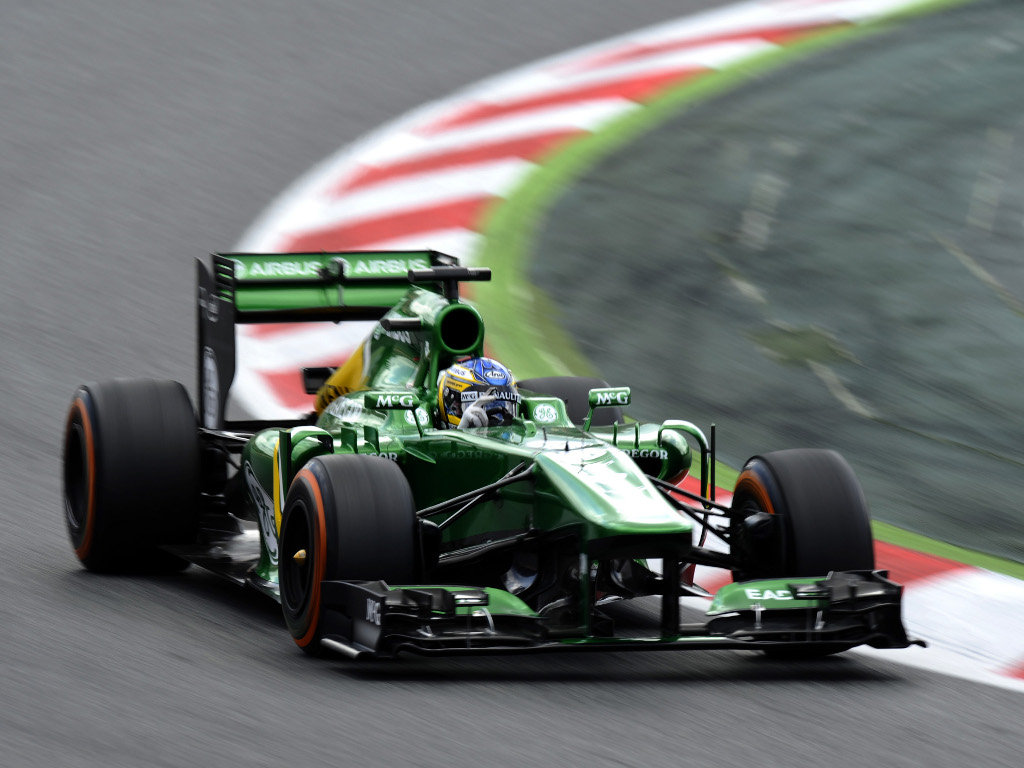 Still chasing their first point of the season, Caterham’s Charles Pic and Giedo van der Garde are relishing the challenge that Montreal offers…

Still chasing their first point of the season, Caterham’s Charles Pic and Giedo van der Garde are relishing the challenge that Montreal offers…

Charles Pic: “Straight after Monaco it’s on to another French speaking race as we go to Montreal for the Canadian Grand Prix. Last year was my first time racing in Canada and I have to say it was one of the best races of the year, maybe not so much for the final result but for the atmosphere on track which was really good. We go to a few races where the track is full of fans from Thursday morning, and Montreal is one of those. I guess having Jacques and Gilles Villeneuve as locals to have supported in the past means F1 is very special to fans in Montreal, but whatever the reasons, they love F1!

“On track it’s a very good challenge. It’s a semi-street circuit, with the barriers very close for most of the lap, and it’s a very technical circuit. The track surface is smooth and on Friday morning there’s very little grip. It does evolve over the weekend but it’s still hard on tyres all weekend so managing deg levels is going to be even more important than normal. It’s also very hard on brakes – there’s a couple of very heavy braking zones and you need to be able to really attack those to get the best laptime in, so we’ll also be working a lot in the practice sessions on maximising braking stability and, depending on what the weather does, brake cooling.

“You also need to be able to attack the kerbs, both to maintain speed and to save time, so that’ll be another area we’ll look at in FP1 and FP2, making sure we can really hit the kerbs hard without losing stability and balance. If you get all that right it’s a very satisfying feeling when you get to the end of the lap as it’s quick, a lap that feels really good in an F1 car!”

Giedo van der Garde: “Next up it’s Canada, a track I’ve never raced at but one I went to last year with Caterham as Reserve Driver. I sat in on all the briefings and debriefs last year so I have quite a bit of information about what it’s going to be like from 2012, and I’ve spent quite a bit of time on my sim at home trying the track, but you obviously don’t really know what it’s like until you drive around it, but it will only take a couple of laps to get used to it.

“What I do remember from last year was how hardcore the fans are in Montreal! We have a couple of big North American sponsors, so the team had a lot of guests in the paddock and in the grandstands, but I remember that from early on Thursday morning the whole place was packed! In the city itself it was the same – there’s one street where the whole place is shut down for the race weekend and we had a team dinner there on the Saturday night. It was a fantastic atmosphere, a lot like it is at home in Holland for big sports events, so I felt really comfortable there and am excited about getting back, this time to race!

“On track I think it’ll be interesting to see where we are after Monaco. I was glad to bring the car home, but after the best Saturday of the year so far we obviously wanted to finish higher up. Even with that, there were some good signs in the race that we are making decent progress. Personally, for me it was another step in the learning curve, and for the team in general we saw that we’d fixed the rear wing issue we’d found in Barcelona, and had enough pace to get the car into Q2 and to record one of the fastest laps in the race in the early stages. Montreal is a medium to low downforce track and with the constant updates we’re making to the package we took to Spain, I think we could be ok.”