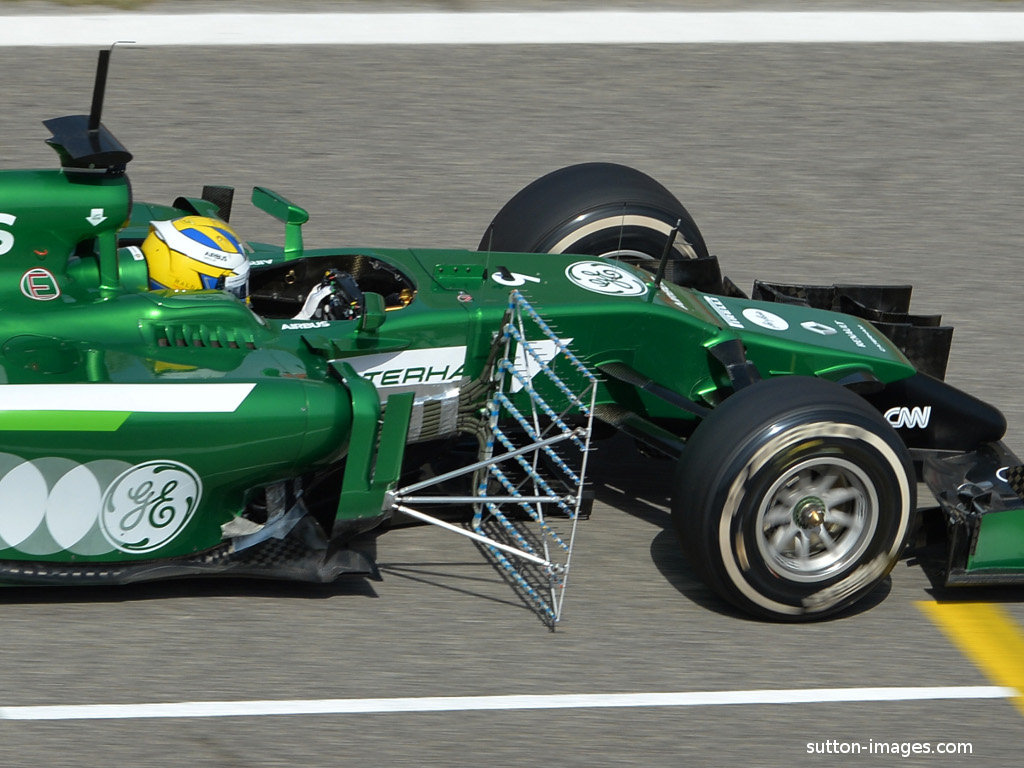 Kamui Kobayashi:“The last of the four early season flyaway races is Shanghai, a track I’ve always had good support on and one that’s a really good challenge technically. The last time I raced there in 2012 I qualified fourth, the highest qualifying position of my career and my team at that point. I actually started third after Lewis had an issue but then the car had a problem with the launch and I lost a lot of places off the line. While I know we won’t be starting that high this year, it would still be good to have a better race in 2014, and the whole team is working as hard as possible to help us do that.

“The main setup focus is how you balance the need for downforce in the high speed turns against the low drag you want for one of the longest straights of the year. We saw in Malaysia that we have good straightline speed so we’ll have to make sure that works in our favour, and with Renault we’ll be working on energy management so we can maximise the advantage we have in those parts of the track. It’s also a circuit where windspeed and direction can have a big influence on how the car handles, so that’ll be another area for us to focus on in the three practice sessions.

“We obviously want to head back to Europe in a good position so everyone’s working flat out to help us do that. We have a couple of new parts coming in China before the bigger package everyone brings to Spain, but we also have to make sure we play to our strengths – we have a small advantage in pure pace over our direct rivals which put us in a strong position for most of the Bahrain race, right up until the final stint which ended with a disappointing result. We have to use that performance on Sunday to help us get back to where we want to be, and to build on that at every race.”

Marcus Ericsson:“China’s another new track for me, so obviously what will really help is having another good Friday and Saturday, like we had in Bahrain. Step by step, with each race I’m learning more about how to manage a full race weekend and, apart from Canada, China’s the last track before we get to Europe that I haven’t raced on so it’s even more important to be have maximum mileage in FP1 and FP2 so we can really work on optimising the settings. Something I will be working on is tyre management, especially over the long runs – for rookies in F1 tyre management is one of the key areas you have to work on and improving that area of performance will definitely help make me stronger over the full race distance. It might be my first visit to Shanghai but I raced in Macau in 2008 and 2009 so I have raced in China before. I was on pole there in 2009 and finished fourth, so I have good memories of racing in China, and I also spent the week between Australia and Malaysia this year in Macau because my trainer Alex was living there and working as an FMX rider in Macau before he joined me in F1. It’s an amazing country and it’ll be a privilege to race there as an F1 driver – hopefully we can repeat the sort of performance we had in Malaysia and finish these flyaways positively.”