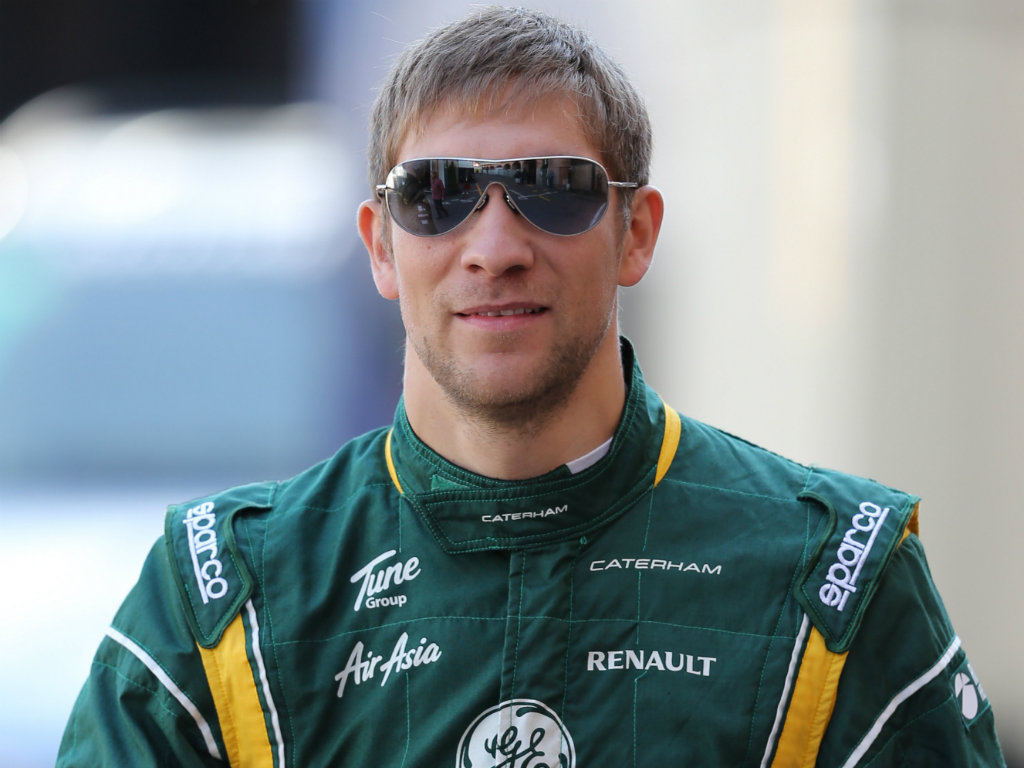 Heikki Kovalainen: “Next up it’s the European Grand Prix in Valencia. The track isn’t my favourite one of the season but it’s another great city to go to and another venue that makes the most of having F1 in town for the whole week so the atmosphere is around the whole event is great.

“The track itself is another temporary circuit, a sort of semi-street circuit. The track surface is very smooth and the kerbs aren’t really an issue but it is pretty stop / start, so you need to quickly find a good rhythm to manage the series of long straights that end in tight turns, and pay attention to brake wear rates and cooling. The brake cooling options we have for Valencia are similar to Canada but the track in Spain evolves much more over the race weekend than in Montreal so we’ll be looking closely at setup options that mean we can manage tyre degradation levels right through the whole weekend.”

Vitaly Petrov: “It’s always good to get back to Valencia. It’s a city I know well as I lived there for a couple of years while I was racing in GP2 and I have good memories of racing there as I took my first GP2 win in Valencia in 2007. My F1 results so far have not been quite that good, but it’s always a good challenge and one I’m looking forward to getting back to with Caterham F1 Team.

“I think the Valencia race and the next one at Silverstone could be pretty positive for our team. We have a few updates coming onto the cars at the next two races, and we keep seeing how the gap to the teams ahead is closing, little by little. That is the aim this year – work as hard as we can to get to the point where we’re racing a couple of cars ahead and then see where we go from there. We were closer than ever to Q2 on merit in qualifying in Canada, so let’s see what the upgrades we’re bringing to Valencia and Silverstone help us do.”

Mark Smith, Technical Director: “The Valencia circuit presents us with a few technical challenges that are similar to a couple of the other tracks we race on. As a temporary street circuit it obviously has big grip evolution over the weekend but the track surface is pretty abrasive, so deg levels are reasonably high throughout every session on track, particularly in FP1 when the surface is very dirty and what we call ‘green’. This means we not only need to manage tyre usage, so we have enough sets of new tyres for race day, it also means we have to work very closely with Renault Sport F1 on maximising traction and giving the drivers setup options that mean they can attack the traction zones after each braking point with confidence.

“With DRS engaged I suspect we will see similar levels of overtaking to 2011. The difference this year for us is that we expect to be much closer to the cars ahead than we were last year, giving us a chance perhaps to put one of our cars into Q2 and giving the drivers a real chance to race on Sunday. We have a couple of quite significant updates coming in Valencia and Silverstone – we will take a look at a number of new aerodynamic elements in Valencia as well as some minor modifications to the floor, and even though we will not know exactly what they will give us until we get out on track, we are cautiously optimistic they will help us keep edging ever closer to the midfield.”

Tony Fernandes, Team Principal: “These are very exciting times for everyone associated with Caterham F1 Team and the wider Caterham Group. At the next two F1 races, in Valencia and Silverstone, we will see the fruits of the hard work being done by everyone at the factory with a number of important upgrades on the cars. While we are honest enough with ourselves to know that these upgrades alone will not be enough to force our way into the midfield pack, we do know it is a statement of our intent to join the group just ahead that we are updating the car at the same rate or even more quickly than our rivals.

“We have the people and resources in place to achieve our goal of scoring a point this year, and we are edging ever closer to a group of cars that is now tantalisingly close. The F1 team can take inspiration from our GP2 team who had a slightly slow start to the season, but have forced their way into fifth in the teams’ championship and have helped to put Giedo van der Garde into third in the drivers’ standings after he became the first GP2 driver to record a podium in both races in Monaco. They are working incredibly hard in a similar fight to their F1 colleagues, taking on established teams in a series that reqards experience, precision and risk-taking, and their recent run of success is just reward for the efforts the whole team is putting in.”