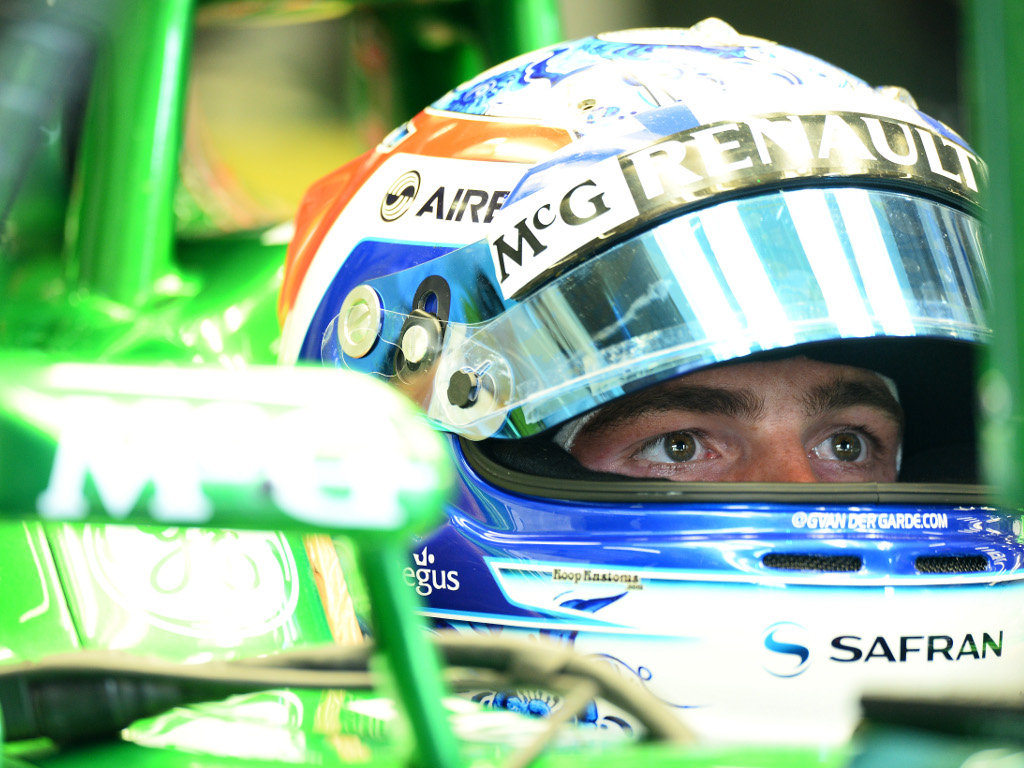 Charles Pic: “Monza’s a great place to race F1 cars. It’s so quick, the atmosphere is amazing (even though it’s almost only Ferrari supporters out there!) and it’s a track that has a lot of history, some of which you can see in the old banking on the way out of the track to remind you what it used to be like.

“It’s our last race in Europe this year and it would be good to finish the European season on a positive. We’d put in strong performances in the three practice sessions in Spa but we were unlucky, both with the call to the weighbridge in Q1 and the oil leak in the race so Monza gives us a chance to move straight on and put that bad luck behind us.

“I’m in the simulator at Leafield before we arrive in Monza, so we’ll have a chance to try a few setup options before we get to the track. We’ll be running the low downforce package for this race and the main focus will be on finding a setup that gives us maximum straightline speed and a car that we can really attack the kerbs with. That’s important for lap time, particularly in T3 and T7, as you need to be able to minimise the time in the corners by pushing the car over the kerbs, so having the right mechanical setup is crucial. We’ll also be working a lot on braking stability – break wear and cooling are both pretty manageable at Monza, but it’s important to have a car that’s behaving consistently in the braking zones as that’s where you can make up, and lose, time.”

Giedo van der Garde: “Our last European race of the season is Monza, another classic Grand Prix venue and a track where I’ve won in both Formula Renault 3.5 and in GP2.

“After the last couple of races I’ll go to Monza feeling positive about the next race and the rest of the season. The whole team had a lot of praise for what we did in Spa, particularly taking advantage of the conditions on Saturday, and it’s good to see people understanding that what we’re doing now is exactly what we said we would do this year – learn, improve and deliver the results we want. 14th in Hungary and both qualifying and the race in Spa show how the package is coming on and it’s a good feeling for me and the whole team.

“Moving on to Monza – it’s a track that could suit us in the fight with our nearest competitors. It’s often hot and it’s the quickest track of the year, one where we run very low downforce settings and that should suit our car. Last year the team was pretty competitive and we’ll aim to make sure we are again. If it’s not hot and we have anything like the conditions we did in Spa then we’ve shown we can take advantage of unpredictable weather, and even though another P3 in Q1 might be unlikely, we still know we can be bold and aggressive when there’s a chance to surprise a few people. Maybe our next chance will be Monza – if not I’m sure there will be other races this year when we can show what we can do.”