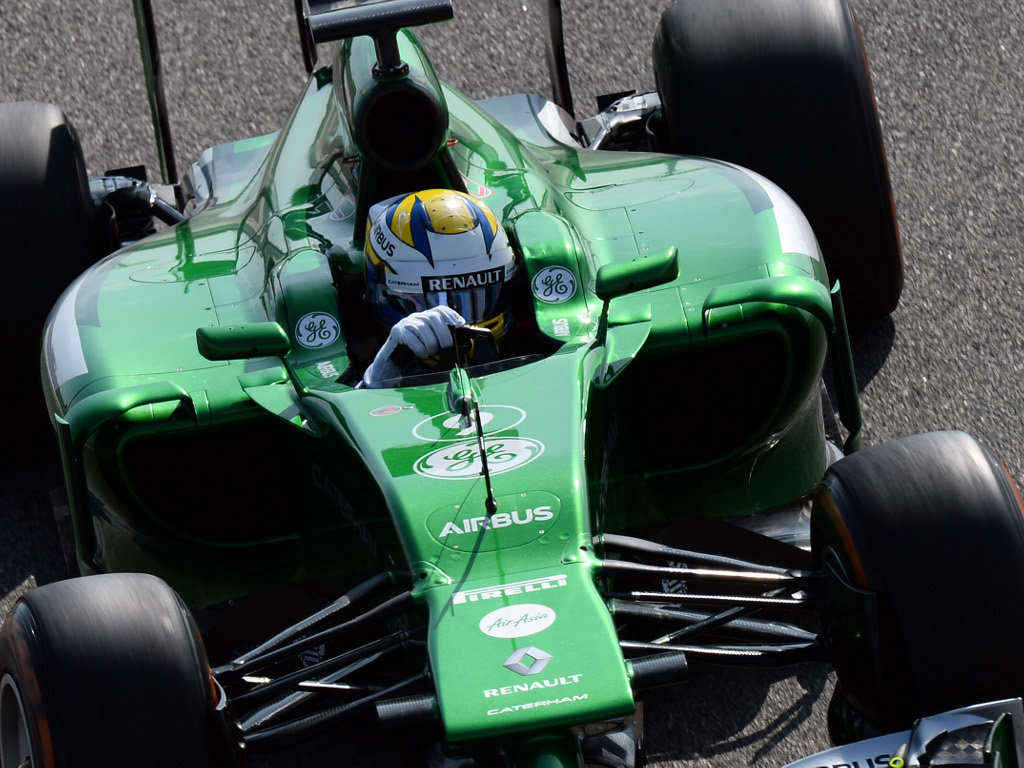 Having recorded a double DNF at the Australian GP, Caterham are determined to see the chequered flag at round two, the Malaysian GP…

Kamui Kobayashi: “The second race of the year is Malaysia and it’s our team’s first home race of the year, so it’s going to be a good week! I’ve obviously raced there a few times before, and finished in the points in 2011, and this year it would be great if we were able to fight for a point, but we’ll have to make sure we have a better Friday than we did in Australia if we’re going to have a stronger weekend at Sepang.

“The way we bounced back in qualifying in Melbourne showed a little bit of what we can do, but without any real laps in FP1 or FP2 we only had a very small chance to fight. With a proper Friday and Saturday program we can give ourselves the opportunity to show the true pace of the car, and prepare much more for the race. Obviously, I’d like to also make sure I don’t have the same brake problems that caused the accident in turn one in Australia – without that I think we’d have had a strong race and we’ll work as hard as we can to give ourselves the chance to really perform.

“Off track we’re going to be busy, especially on Tuesday when I’m at a Renault event at Sepang and on Wednesday when we have a very packed schedule meeting sponsors and fans. We’ll be at the Pavilion Shopping Centre in Kuala Lumpur on Wednesday afternoon from about 2pm meeting our fans so if anyone is in KL that afternoon they should come along! We’re also going to see AirAsia’s head office on Wednesday afternoon and meet their staff, so it’ll be good to see one of Tony’s other teams in action!”

Marcus Ericsson: “I can’t wait to get back in the car, especially after having a really good race until the oil pressure problem forced us to stop in Australia. It’s been great to read so many nice comments about what we did in the race after such a bad Friday, but now I want to get on with it again and go straight back to work.

“Sepang’s a track I’ve already raced on, so that’s obviously an advantage over Australia. I really like the heat and have trained hard all through the winter to prepare for races like Malaysia, so I’ll be 100% ready physically, but I’m still just loving being in F1 and for race two to be a home race for Caterham and on a track I know and like, that’s just really good for me. It’ll be great to see how much Caterham means to the Malaysian fans, and I’ve been told the autograph session on Wednesday in KL and on Sunday on track will be some of the real highlights of the year, so there’s a lot to be excited about!

“We obviously need a stronger weekend on track overall, and I know they guys back at the factory and at Renault have been working flat out to help us do so. Our race pace in Australia was pretty good, but with a full Friday and not having to use FP3 to catch up, I think we can start to unlock the real performance of this year’s car. If we can do that, and with the work being put in by everyone, there’s no reason why we shouldn’t, I think Malaysia could be a strong weekend for our team.”