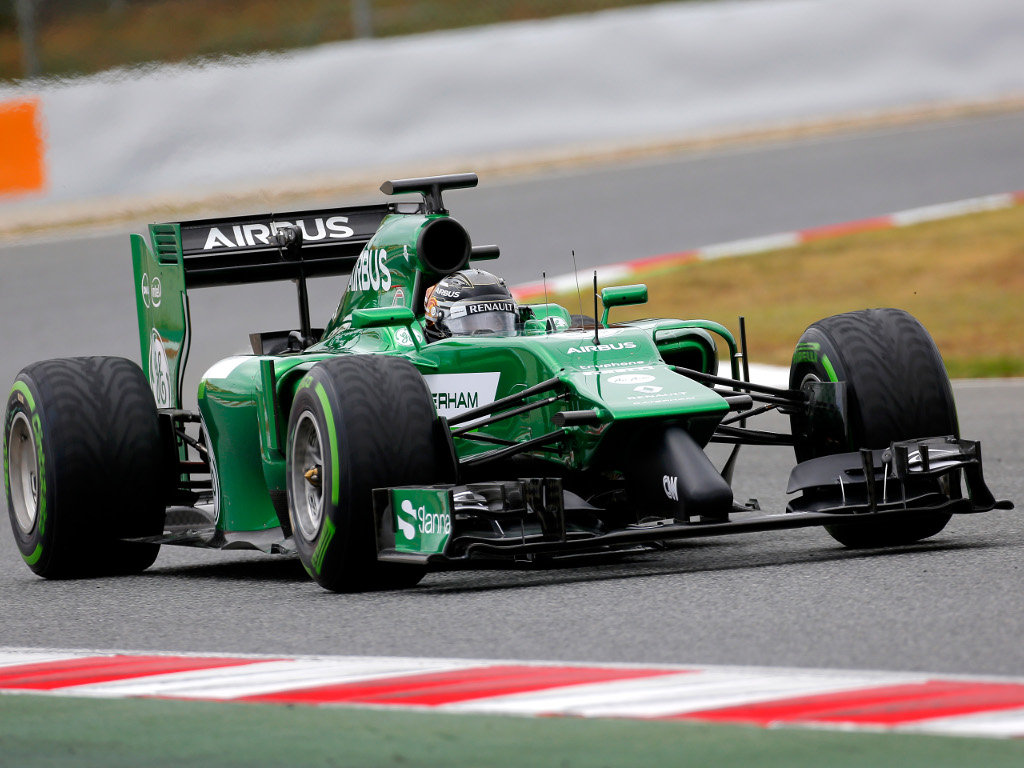 Kamui Kobayashi: “Next it’s Monaco, one of the most famous races in the world. I like the challenge of the circuit, I think every driver does, but there is so much going on all over Monaco for the whole week it’s pretty intense. Sometimes you just need to focus on your job but that’s almost impossible while the race week is on, so I like to do the best work I can for the team on track.

“Monaco’s also one of the shortest tracks of the year, and because it’s not a really high speed circuit it’s one where the gap to the cars ahead is always less. That’s obviously good for us as one of the smaller teams as it means we have a better chance to do something special and I think it would be a fair reward for us to have something to celebrate after a couple of tough last races. I know that everyone in the team is working even harder than ever to fight back from where we are right now – the amount of hard work and effort that’s always put in is one of the things that most impresses me about our team whenever I’m on track or at the factory, and it’s about time our luck changed.

“Even though we only tested for one day in Spain, we still achieved a lot there. We were doing more aero evaluations of the new parts we took to Barcelona and were also looking closely at why we couldn’t get the tyres working over the whole weekend in Spain. The good news is that the tests allowed us to assess alternative setups that pointed to a very clear direction for future development so we can overcome the problems we had in Spain. I also want to thank the whole team for working even harder than ever to prepare the cars for Monaco after what was a pretty big accident I had at the end of day one – now we’ll take everything we have to Monaco and aim for a much better weekend there.”

Marcus Ericsson” “As a rookie Monaco is obviously one of the races you’re most excited about, and I’m no different! I obviously have a lot of experience of racing there in GP2, I finished on the podium in 2012 with iSport, but racing F1 cars around Monaco is one of the things I’ve dreamed about ever since I first wanted to be in F1, and I can’t wait to get started.

“It’s also going to be a very special race for all Swedish fans as it’s 40 years since Ronnie Peterson won in Monaco in 1974. It’s a huge honour for me to be another Swedish F1 driver following in his footsteps, especially as he and I come from the same part of Sweden, and while I know we won’t be competing for a win like he was, I want to do the best job I can to pay homage to him and his legacy. I’ve obviously been asked a lot about what Senna meant to me over the last few weeks, but I always say it’s Ronnie that really inspired me, obviously not because I saw him race, but because where I’m from in Sweden, Kumla, Ronnie is the number one hero. We have a couple of very cool things planned to celebrate his memory over the race week and I’m sure it’ll be emotional for the people who are in the paddock today who remember him. If I can give them something to cheer for, that would be pretty cool for them and our whole team.

“In GP2 the race week is obviously very different to F1 for the drivers, but I know that the one of the main things is to switch off all the distractions whenever I’m in the car and focus on doing the best job I can on track. I have a few events going on over the week, and I’m sure they’ll be good, but really it’s about giving ourselves the best chance to take advantage of anything that happens on track in quali and the race so that means making every lap count on Friday and Saturday. It’s almost inevitable that there will be a higher retirement rate than we’ve seen in the last couple of races, and that may give us a chance, but we need to be there when it counts and that’s what I want to focus on.”