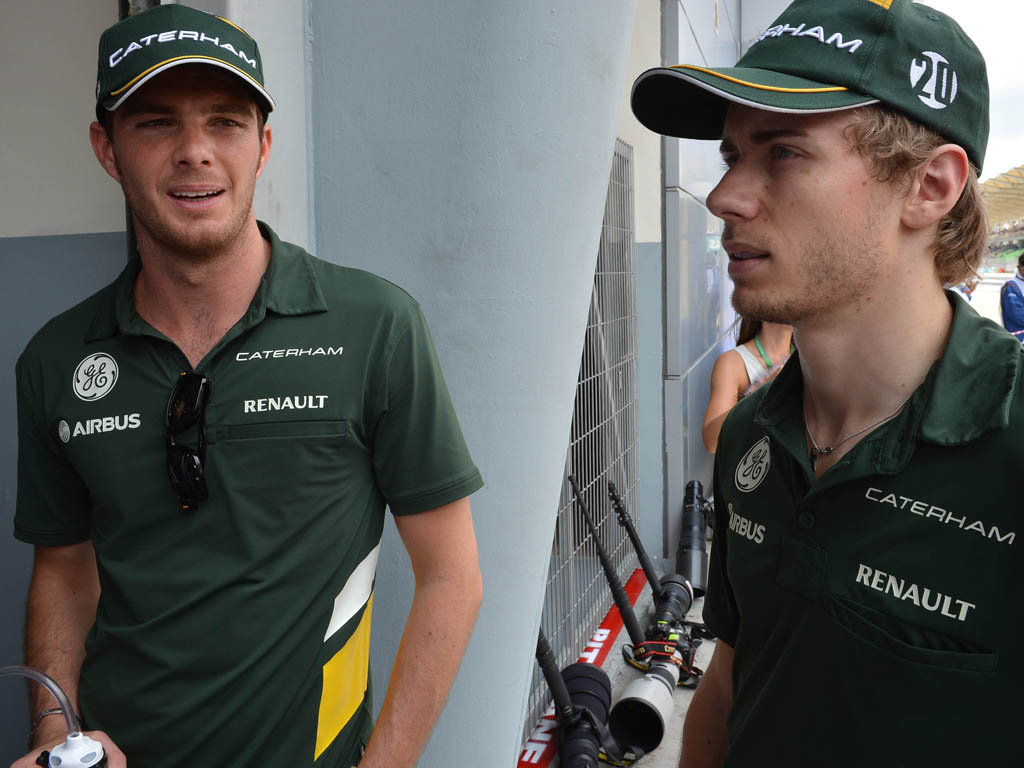 Charles Pic and Giedo van der Garde head to Spain looking to build on the progress they made last time out in Bahrain.

Charles Pic: “The last race in Bahrain was very positive for us because that was clearly the best of the first four weekends for us in terms of the pace we showed all weekend. That was a good start and even though it was still not enough to be where we want to be, it was in the right direction and that was positive for everyone. The team was happy and I’m also happy about how Bahrain went.

“Now we’re into the European part of the season and we start in Barcelona at a track we all like racing at and one we know very well! This race is usually where the European races start and it’s one where all the teams bring updates and new parts, so it’s always very interesting to see what you bring and what the others bring and how that all works out over the weekend.

“I have to say it’s a track that I like a lot. Normally the weather is great (it’ll certainly be warmer than when we were testing there in February!) and I think that with how we finished off in Bahrain it will be an interesting and, hopefully, a good weekend for us.

“As I say, everyone brings new parts to Spain but what is really important is optimising the car for the new package, for the parts you bring. Everyone at the factory and in the wind tunnel has been working really hard on the updates we brought to the last race, and what we’ll race this weekend and at the other races this year, but it’s not as easy as just putting on the new parts and going faster – we’ll continue the hard work on track by making sure we can find the best setup for these parts with the specific demands of the Barcelona circuit, using all the data we’ll generate on Friday and Saturday to put us in the best position for the race on Sunday.

“We know everyone else will have updates, so for us it’s important that we can find a little bit more than our direct rivals, and keep that momentum up all year. We made pretty good progress at the last race, and I’m confident we’ll do the same in Barcelona.”

Giedo van der Garde: “I’ve spent a lot of time in Barcelona throughout my career and it’s always a great place to race at. The weather is usually good, the Spanish people are really passionate about their racing and it’s always busy on track. The city itself is amazing and I’m doing a couple of very cool events with my partner McGregor in the city that will be really good fun. But obviously the track is really what it’s all about. I’m excited about the weekend ahead, especially as we have some more new parts on the car that should help us build on the step forward we saw from my teammate’s car in Bahrain.

“We’ll be running the new parts from Friday and we’re not going to make any predictions about what they’ll bring. The most important thing is that we get the setup right with them first, then we can start really pushing and see where we are in quali and on Sunday. I’ve been at the factory in the last week with the engineers and in the simulator and I know we’re well prepared for the week ahead. The weather forecast is good for most of the weekend, not so much for Friday but it’ll be the same for everyone and we’ll be aiming for maximum mileage to give ourselves the best chance to get the most out of the new parts all weekend.”