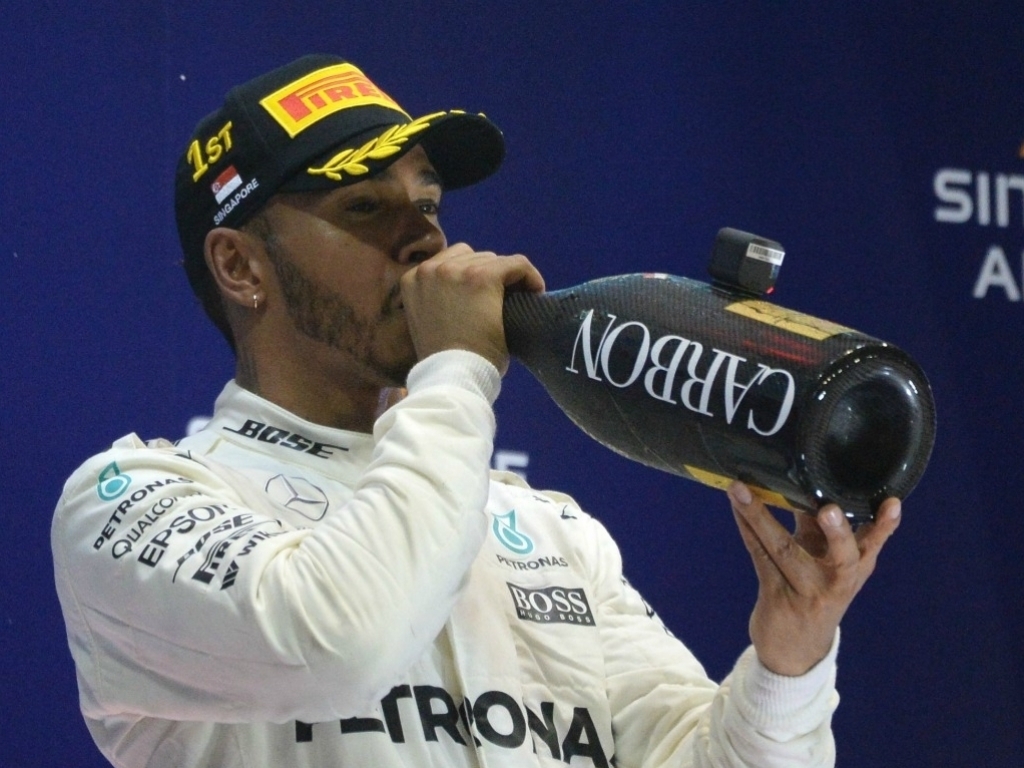 Barring disaster, Lewis Hamilton is set to wrap up his fourth World Championship title in Mexico this weekend – all he needs to do is finish fifth or higher.

Although in the opening half of this season the Drivers' title appeared to be heading to Maranello for the first time in a decade, the pendulum swung firmly Hamilton's favour in the wake of the summer break.

The Mercedes driver has been in impeccable form, finishing inside the top-two in all six grands prix and, more importantly, winning five of those.

Instead of lagging a full race win behind Sebastian Vettel, as he did after Monaco when the tifosi were preparing the banners in preparation for a Ferrari triumph, Hamilton arrives on the Autódromo Hermanos Rodríguez grid 66 points to the good – and only a P5 away from winning a fourth World title.

The numbers are simple: if Hamilton is fifth or higher he wins the championship no matter what Vettel does on the day; if the German is second on Sunday, Hamilton needs to be ninth or better; and if Vettel doesn't finish inside the top-two, Hamilton wins.

The T-shirts have been made and the champagne is on ice especially given Mercedes' form at the Mexico City circuit.

The race returned to the calendar in 2015 with Nico Rosberg starting from pole and leading Hamilton home on the Sunday. Vettel crashed. One year later it was Hamilton starting P1 and taking the chequered flag ahead of Rosberg. Vettel was fifth.

The Ferrari driver, though, was left to ponder what could have been as the great 'podium versus penalty' debate of 2016 played out. Ironically one week after Max Verstappen was robbed – as some would say – of a United States GP podium, F1 returns to the venue of his previous injustice.

Last season Verstappen crossed the line in third place, 0.99s up ahead of Vettel with Daniel Ricciardo fifth. Verstappen, though, was penalised five-seconds for cutting a corner to stay ahead of Vettel which elevated the Ferrari driver to P3 only for him to be hit with a 10-second penalty for dangerous driving when he blocked Ricciardo. At the end it was Ricciardo in third ahead of Verstappen and Vettel.

It must be noted that this year, whether it be P3 or P5, it would make absolutely no difference to Vettel's joy or his level of misery.

Behind the leading three teams is one man perhaps more determined than any other to secure a good result this Sunday, Sergio Perez. Having finished inside the points in the first two editions of his home race, Force India's Mexican driver will be out to challenge for the 'best of the rest' tag.

But with Force India set to retain their team order rule for one more race, Perez's first task needs to be getting the jump on Esteban Ocon, something he was unable to do in Austin.

Meanwhile fans and pundits will be hoping for a trouble-free weekend for Renault as reliability issues meant Nico Hulkenberg's first match-up against Carlos Sainz came to naught with the German retiring while Sainz scored his first points in yellow.

Another team looking for a reliable weekend is McLaren-Honda. But, with Fernando Alonso likely to start from the back of the grid due to engine penalties, points won't be easy to come by at a track where overtaking is difficult.

And spare a thought for Daniil Kvyat, the Russian driver was basically told this week – after scoring in Austin – that his Toro Rosso career is over. Likely his F1 career too. His seat is going to Brendon Hartley, who will partner Pierre Gasly for the rest of 2017.