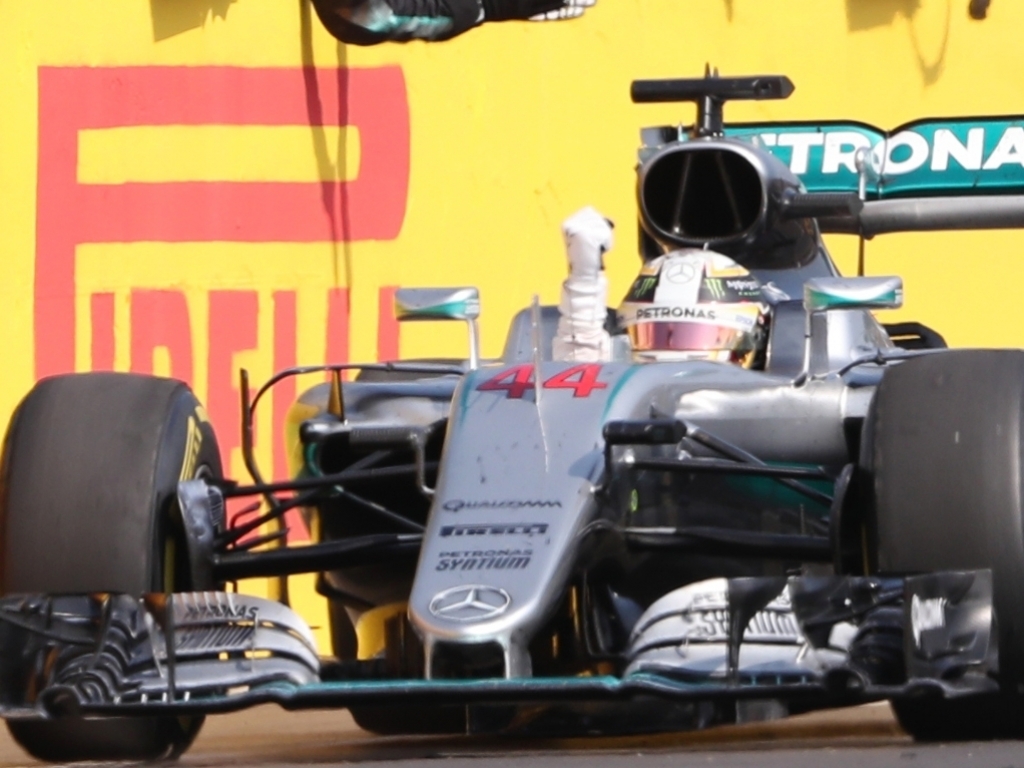 Lewis Hamilton became the most successful driver on the Hungaroring after he claimed his fifth win in Budapest.

The Brit also pipped his teammate Nico Rosberg to the top of the Drivers’ Championship table with only ten races left in the season.

Apart from the first corner at the start of the Grand Prix, the World Champion went virtually unchallenged after gaining the edge on his teammate, who started on pole, during the first lap chaos.

“Well firstly a big thank you to the fans, they’ve been amazing this weekend,” he told the Hungarian fans after his victory.

“It’s because of these guys that this race is so spectacular, we always have such a great time here, the track is great, the city is great but the fans really make the event so a big, big thank you.”

While it looked like a rather comfortable outing in Hungary for Hamilton, he was told pick up his pace by Mercedes after Daniel Ricciardo started to eat into his lap time.

“I had certain settings on my steering wheel which I felt I had to keep in order to get to A to B,” the 31-year-old explained.

“By keeping those I wasn’t able to get the perfect lap times, but I knew I would later on.

“It was really about give and take, and if I’d picked up the pace in those early moments I may not have been as quick in the last moments. Basically, I knew what I was doing.

“There was never a moment when I felt that I was going to lose it. This is a race where you don’t need a five or ten second gap. I need to do what I just need to do, even if we win by a tenth of a second.

“I was just managing that gap of about two seconds. When I needed some time, I put my engine where it needed to be and I kept the time.”

Six points clear  at the top of the Championship table, Hamilton and the rest of the paddock will now head to Hockenheimring for the German Grand Prix.