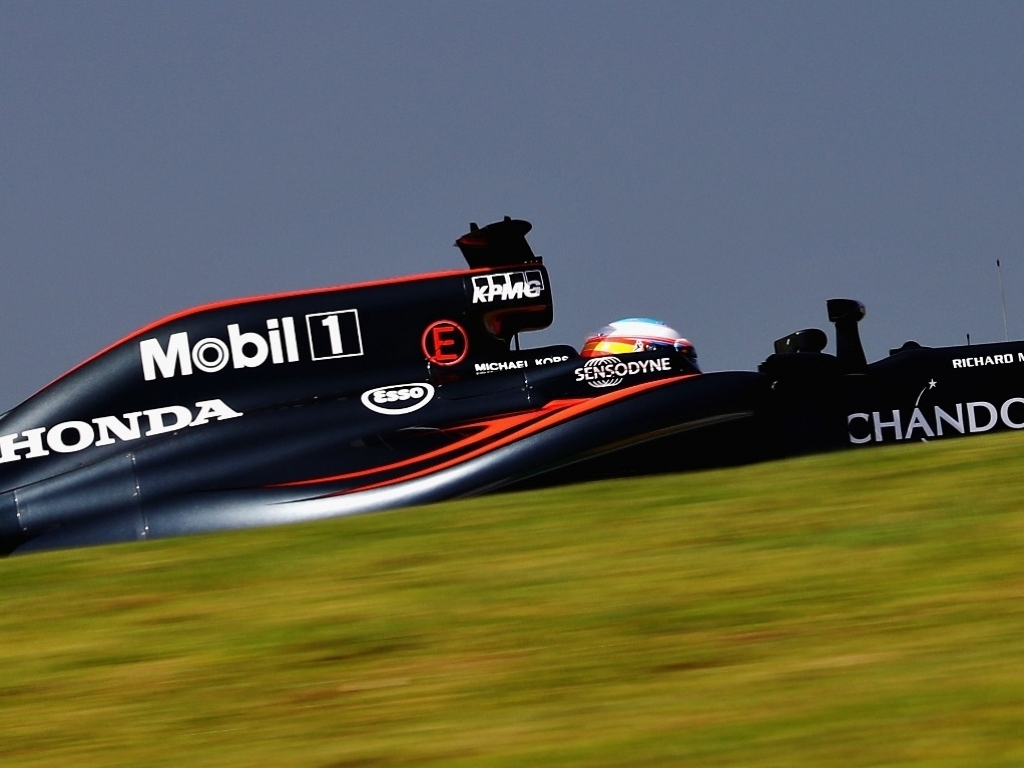 Despite his cheerful antics after he was forced to cut his practice session early, Fernando Alonso is hoping McLaren can fix their problems ahead of Saturday’s qualifiers.

Instead of heading back to the team garage, Alonso delighted the crowd as the Spaniard started playing with stones and tried his hand at being a cameraman for awhile, where he unsuccessfully tried to film Sergio Perez go around the Brazilian circuit.

"I'm very bad," he said after trying to be a cameraman.

"There was a lot of sky but no Perez."

"I'm thinking about going back there after the Drivers’ briefing to have more practice with the Porsche Cup in case I have any other problem on Saturday.

"I tried to have a good sense of humour. Hopefully, I won’t have to repeat the same thing."

With his team-mate Jenson Button also suffering an early retirement, the double World Champion feels they can make it into Q3 if they can sort out their reliability issues for tomorrow.

"We need to do a good qualifying because overtaking here is quite difficult, it’s a short track," he explained.

"Qualifying for us is quite important and we saw the team was a little more competitive compared to recent races. We were 10th and 11th so I think there’s real chance of Q3 and we have to take it."