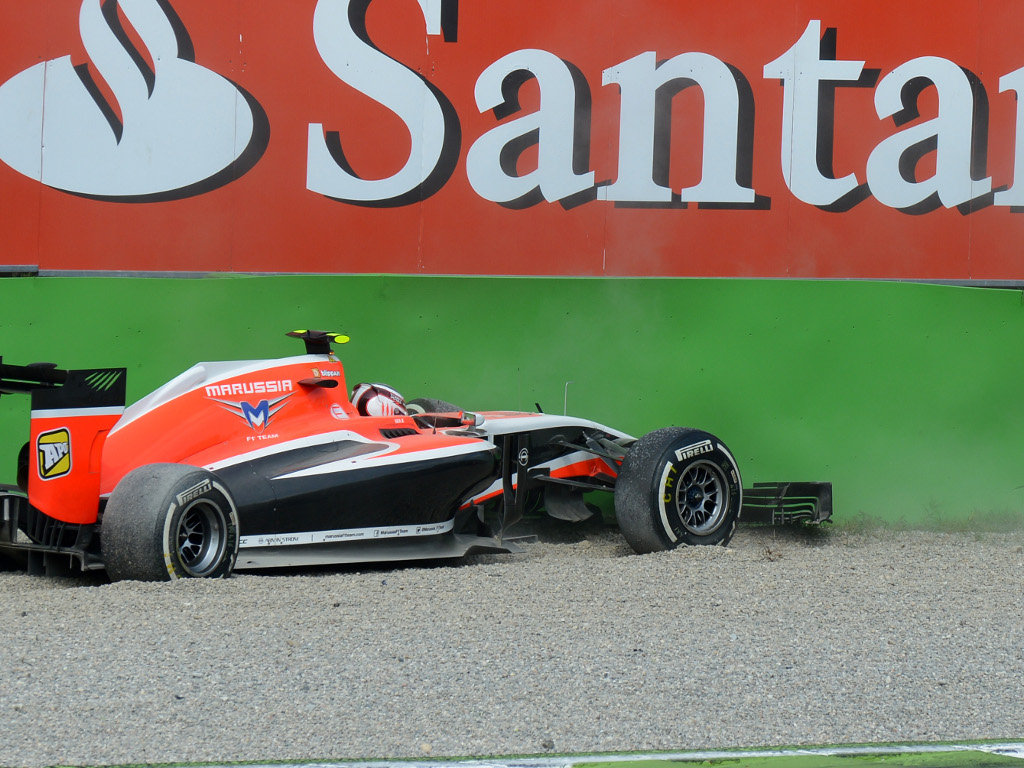 Max Chilton has publicly apologised to Marussia after crashing out of Sunday’s Italian GP, only the second DNF of his career.

Chilton entered this year’s Championship having finished every race in his debut season, however, has been unable to continue that run.

Crashing out of the Canadian GP – and hitting team-mate Jules Bianchi in the process – Chilton added a second DNF to his tally on Sunday at Monza.

Having just overtaken the Lotus of Romain Grosjean, Chilton overshot the mark, hit a kerb and was launched into the air.

He landed heavily with his car coming to a halt in the gravel.

“I had a slight lock-up, perhaps I was pushing too hard,” said the Brit.

“I made a mistake and when you are in the air you cannot turn the car.

“It was a disappointing and premature end to the race for me, for which I’ve said sorry to the team.”