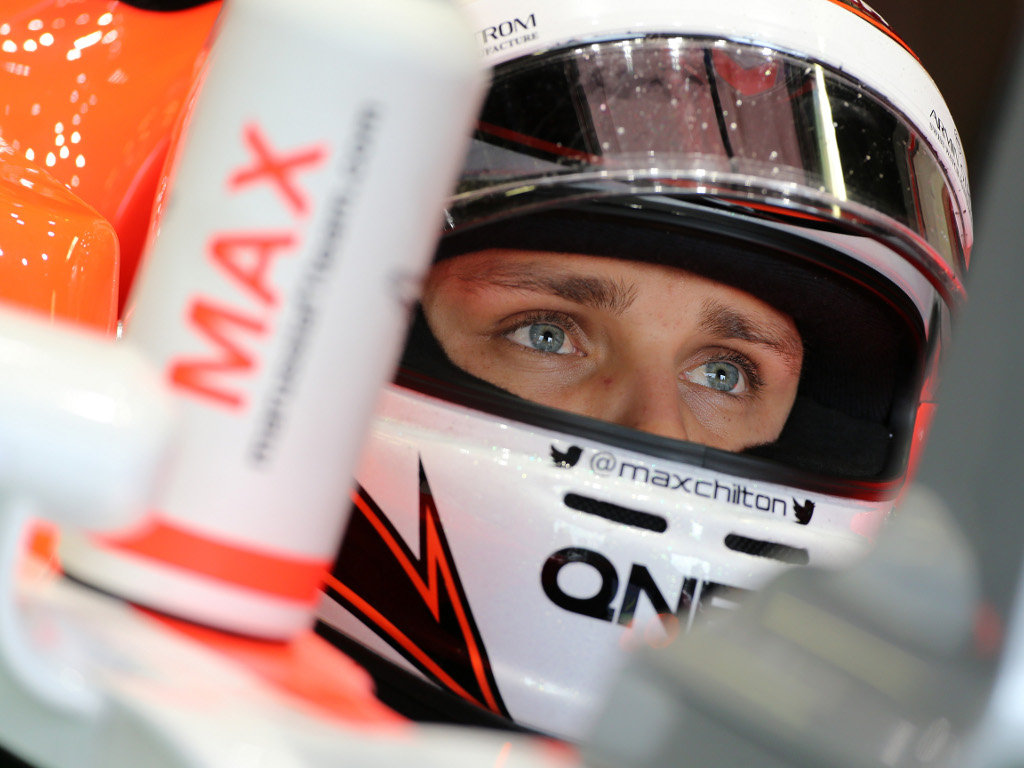 Although Max Chilton insists there is still hope for Marussia, he admits the team is “running out of time” to make the 2015 grid.

Marussia have entered next year’s Championship under Manor Grand Prix but at present the future is looking very bleak.

Although the backmarker outfit finished ninth in the 2014 Championship thanks to the two points scored by Jules Bianchi in Monaco, the season was marred by heart ache.

Weeks after Bianchi suffered life-threatening injuries in an accident at the Japanese GP, Marussia went into administration.

As a result of their financial woes, the team missed the final three races of the season and is in doubt for next year’s Championship.

Seeking a buyer, Marussia’s administrators are now auctioning various equipment and car parts in a bid to recoup some money.

Chilton, though, is adamant all is not yet lost.

“It’s been a very difficult time for the team, made worse by the situation the team’s going through themselves. We did well to get through the week after the accident and get to Russia, I think we handled that weekend pretty well, considering,” he told Sky Sports Online.

“Then obviously after that we started going into administration and it’s been pretty tough since.

“He’ll try his best and the team will try their best to get some investors because now we’ve got ninth [in the Constructors’ Championship] that’s a big bonus for the team.

“It’s not like we finished 11th where you only get the 10 or so [million] from FOM, it’s now proper money which neither Marussia nor Caterham have experienced because you have to finish in that position two years running. We finished 10th last year, now we’ve got ninth, we’re going to get that money but we only get that if we get to the start of next year and you get it in monthly installments.”

And although he admits Marussia face a tough few months, Chilton believes if they can remain in Formula 1, the team will be even stronger next season.

“It’s going to be difficult to get through the winter without an investor,” he added. “If we get that then I think we’ll do an even better job than we did this year because for us to finish ahead of the Sauber and Caterham this year with the funding we had, I think it proves what we could do.

“So we’re just trying our best to make sure we get the team through the winter and avoid liquidation, and then I think the road’s good. But we are running out of time.”