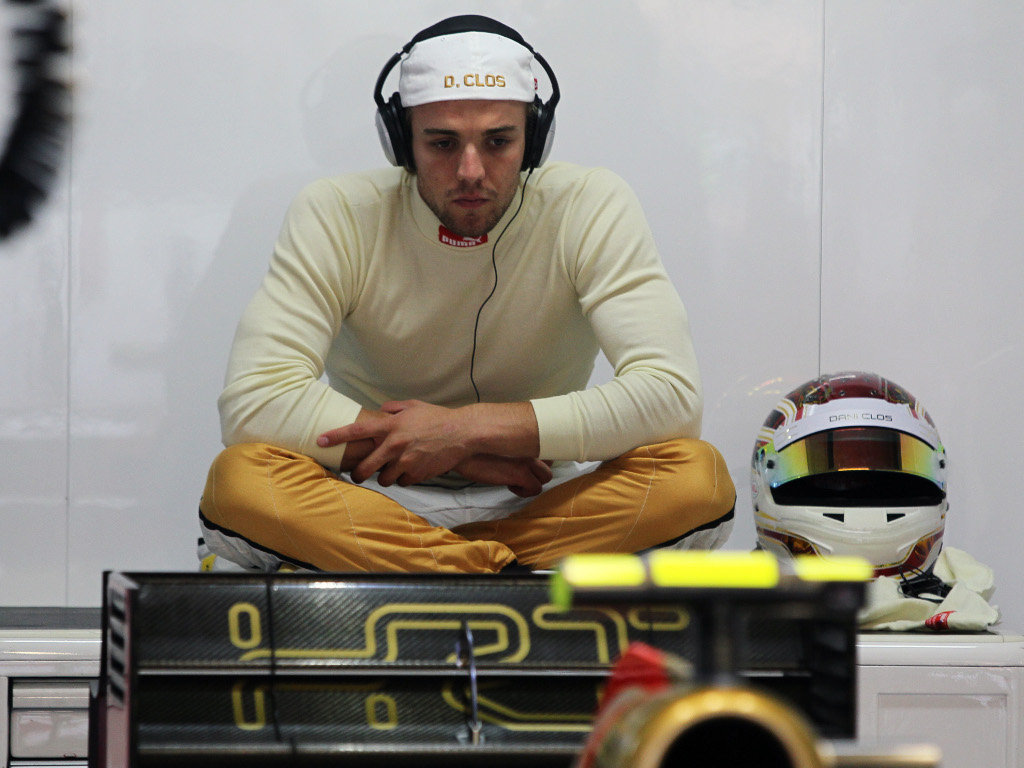 Dani Clos will get another taste of on-track action at this weekend’s Hungarian GP after HRT confirmed he will take part in Friday’s first practice.

The Spaniard spent some time behind the wheel of the F112 during practice sessions in Spain and Britain as well as last weekend’s German Grand Prix at Hockenheim.

Narain Karthikeyan will once again be the man to make way for the 23-year-old at the Hungaroring in a few days’ time.

“Dani will drive in the first free practice session once again and his work, just like in previous events, will definitely be of great use to the team,” team principal Luis Perez-Sala said.

“Both Pedro [de la Rosa] and Narain are in a good moment of form and given that in theory our car should adapt better to the characteristics of this track, I hope that we can continue with this progress to achieve a good result before heading out on holiday.”

Clos hopes that spending so much time behind the wheel will help him to settle into a nice rhythm, which will benefit the team in the long run.

“I’m really excited about having another opportunity to drive the car in the first free practice session in Hungary,” he said.

“It will be the third consecutive grand prix and the fourth time this season that I get into the F112, and I hope to transform that continuity into a good rhythm and a positive result on the track with which to make my contribution to the team.

“To not compete is something new for me so I have to enjoy and make the most of these opportunities presented to me to continue learning.”