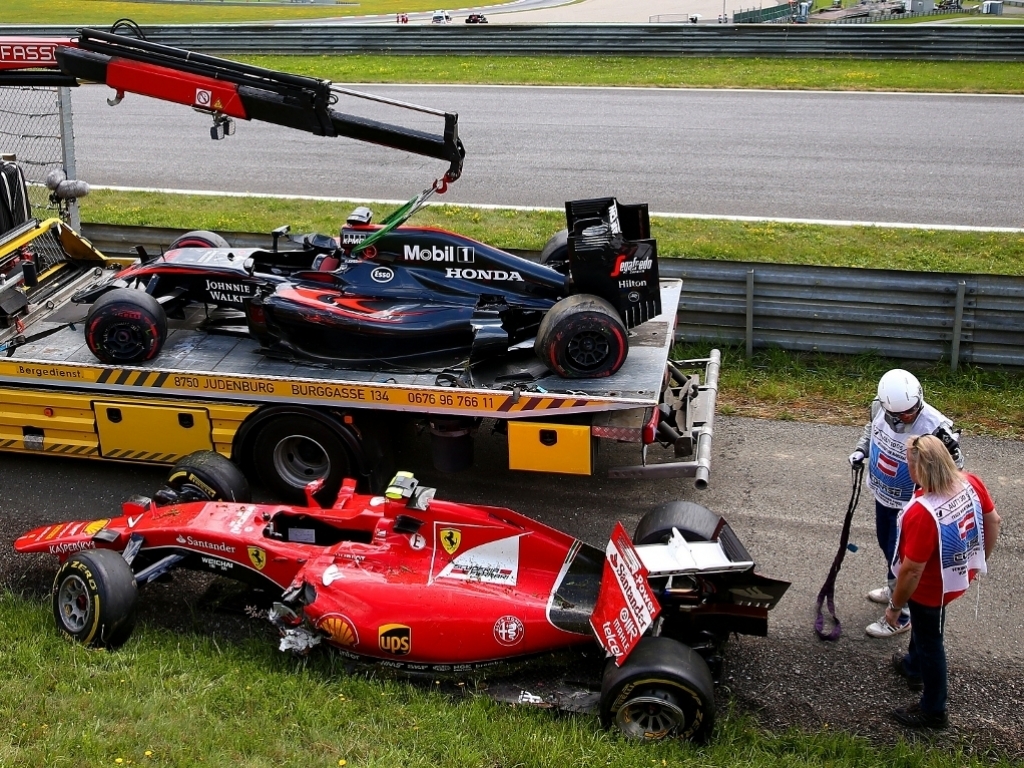 Formula 1 drivers are happy for the FIA to take the lead on improved cockpit protection, but Grand Prix Drivers' Association (GPDA) chairman Alexander Wurz admits they have "pushed" for closed cockpits in the past.

The issue of driver safety is back in the spotlight after dangerous-looking incident involving Kimi Raikkonen and Fernando Alonso at the Austrian Grand Prix last weekend.

Raikkonen lost control of his SF15-T and went sliding off the track, but Alonso was next to him and he collected the McLaren and they both went into the barriers with the Spaniard's car ending on top of the Ferrari.

Thankfully both drivers walked away from the incident unscathed, but it once again highlighted the dangers of open cockpits.

Speaking to Motorsport.com about the issue, Wurz said: "In the past we have always pushed the FIA for this, and you have seen in the last decade or more than the headrests have got a bit higher and they are in a fixed position.

"There is the ongoing debate and research which we are involved in, of covering the helmet of the driver even more, and it goes all the way up to a canopy, which was extensively researched.

"Me as a person I like it, but we have to check if there are any implications caused by a closed cockpit, like extraction from a fire. It is an ongoing topic with ongoing research.

"We are happy with the research the FIA and the FIA Institute are doing. They are doing a top job but we know it is the most dangerous area for the drivers.

"However, it is also a delicate area – and if you do a change it might have negative knock-on effects and we have to be careful with that."