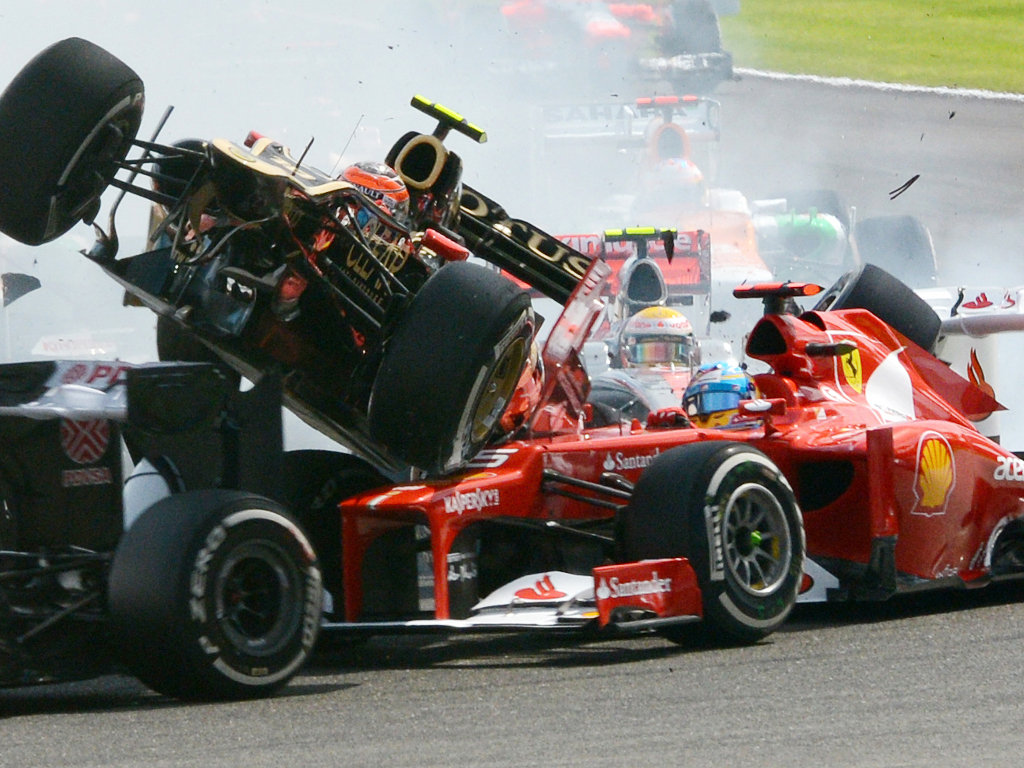 McLaren tech director Paddy Lowe has estimated that cockpits could be introduced into F1 as early as 2014 due to safety concerns.

Although Formula One is an ‘open cockpit formula’, the sport’s technical gurus have been working at ways to introduce some sort of protection for a driver’s head.

The need for this was highlighted in Belgium on Sunday when Fernando Alonso narrowly avoided being hit on the head by Romain Grosjean’s airborne Lots.

“I think 2014 is intended, as we started the project a year ago,” Lowe, who has been involved in work on the cockpit project, told Autosport.

“Personally I think something is inevitable because it is the one big (safety) exposure that we have got.

“You see it time and time again and think ‘that was lucky’. One day it won’t be lucky.

“At the same time it is an open cockpit formula so we have to protect that, but it should be technically possible one way or another.”

But in order to keep the sport ‘open cockpit’, Lowe revealed that a cage tyre design has been tested.

“We have made a test piece and it has been tested structurally with various impacts, like firing wheels at it, and that was successful,” he said.

“So we understand some of the parameters in terms of the angles that are needed and the strength of the pieces. The work that is currently in progress is assessing its visibility, and we’ve done some work on the simulator with our interpretation.

“Ideally a driver wants nothing in the way, but in the same way as you drive a road car or even the old VW camper van with the centre pillar, you just get used to it don’t you? We found that as long as the pillars don’t get too big it is something you can get used to.

“So we have some parameters about pillar size, and now we are looking at making something with that pillar size and to the right strength requirement.”