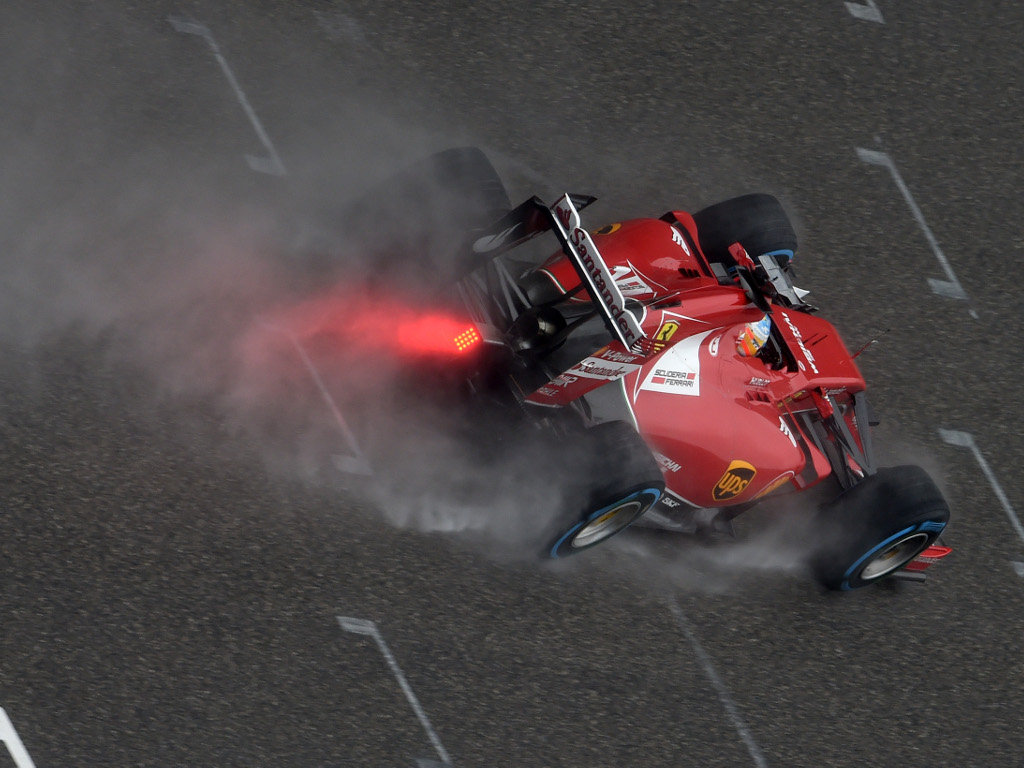 Fernando Alonso is hoping to launch an attack on the Red Bull drivers in Sunday’s Chinese GP, conceding the Merc duo are out of reach.

However, with the conditions expected to be dry on Sunday, many believe Red Bull’s challenge could falter with Nico Rosberg instead becoming Hamilton’s main challenger.

And when that happens, Alonso, who is starting fifth on the grid, hopes to launch his own attack on the Red Bull duo.

“I feel comfortable,” stated the Ferrari driver in the wake of Saturday’s qualifying.

“The car felt better than it did in Bahrain and the steps we brought here confirmed the positive result. We know it’s not enough but it’s a first step.

“Starting from fifth is a good result. Hopefully we can keep this position in the first few laps of the race tomorrow and go in the train with the leaders.

“15 days ago [in Bahrain] we were fighting for ninth and 10th – this is not enough. Hopefully we can fight for more points now.

“We know Mercedes is out of reach but hopefully we will not be far behind Red Bull.”