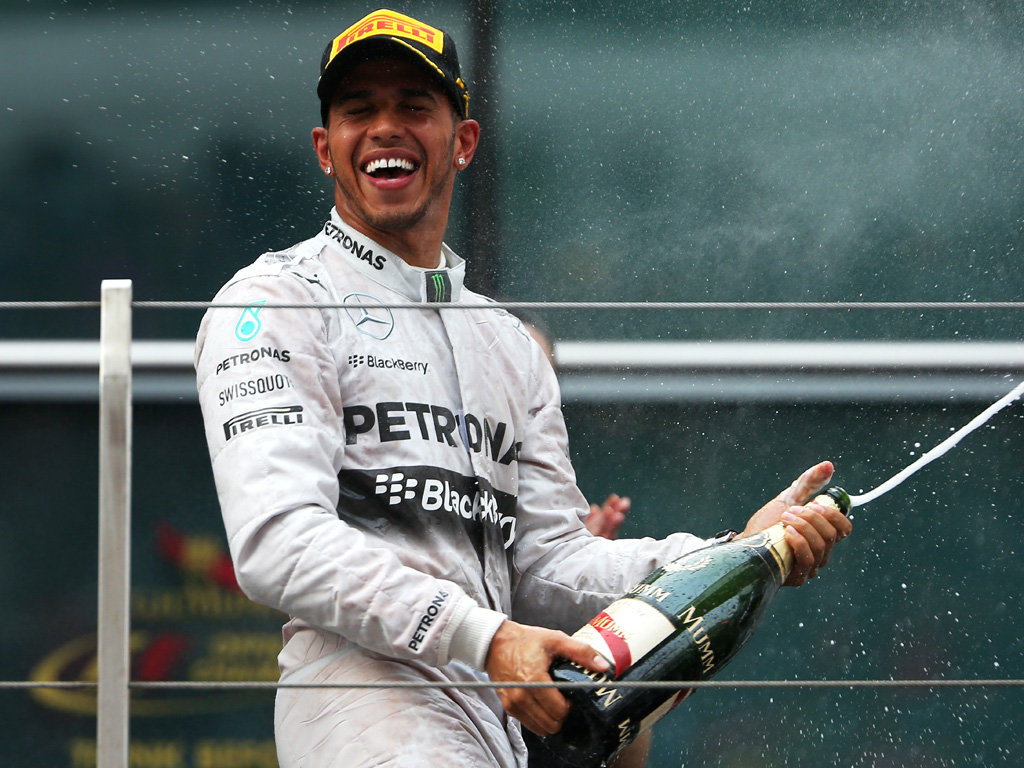 After winning last week’s Chinese Grand Prix, Lewis Hamilton has admitted that he is in a ‘very happy place’ at the moment…

After winning last week’s Chinese Grand Prix, Lewis Hamilton has admitted that he is in a ‘very happy place’ at the moment.

Hamilton has often been criticised for allowing himself to be distracted by external factors during race weekends, but after switching to Mercedes from McLaren, the former World Champion looks to have turned over a new leaf.

His new-found calmness has translated to results on the track and after winning the last three races of the season, Hamilton is regarded by many as the favourite to lift this year’s Drivers’ Championship.

“It’s a combination of lots of things,” Hamilton told crash.net when asked if he has ever been happier in Formula One.

“It’s where I am in my life, family, girlfriend, where I live… having the right people in place with management and being in the right team. This year I am able to arrive and drive with no other worries.

“We got a great start, pulled away and controlled it from there. The job the team are doing and the guys around me…

“I am so much more comfortable with the people I am working with this year. I am able to really extract the most out of my engineers, so I feel like we did a good job.”