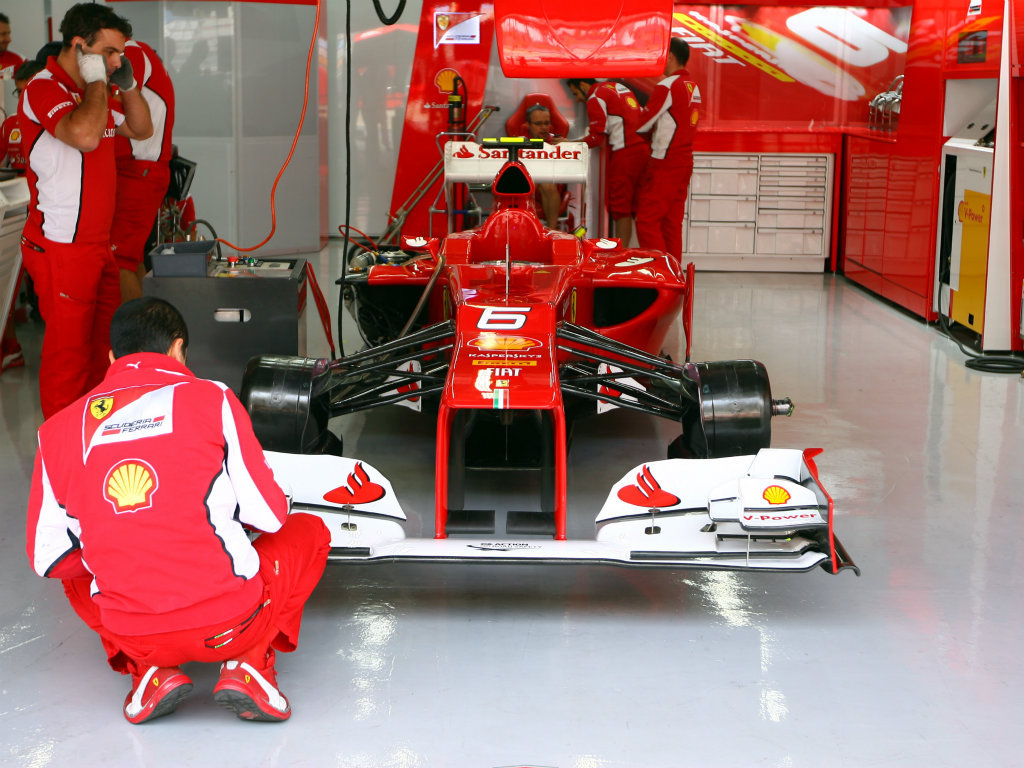 Felipe Massa has admitted that there are concerns about some of the new parts which were fitted to the F2012 while Marc Gene concedes the latest upgrades are not “revolutionary”.

With Sebastian Vettel leading Fernando Alonso by six points in the Drivers’ Championship and the Red Bulls looking unbeatable, the pressure is on the Maranello-based squad to up their game in the final four races.

Ferrari have added new developments to the car in recent races, but Massa concedes things have not exactly gone according to plan.

“We are working hard on the development of the car, but we had some problems with the new parts in the last few races when we got to the track,” he told Totalrace.com

Meanwhile, test driver Gene warns that the latest upgrades are unlikely to be groundbreaking.

“We will take a number of upgrades for the car to India and while they are not revolutionary, we hope they help,” he told Spain’s EFE news agency.

He added: “There are only a few races left and we have to do everything possible to end the Championship even with a single point more than the second.”