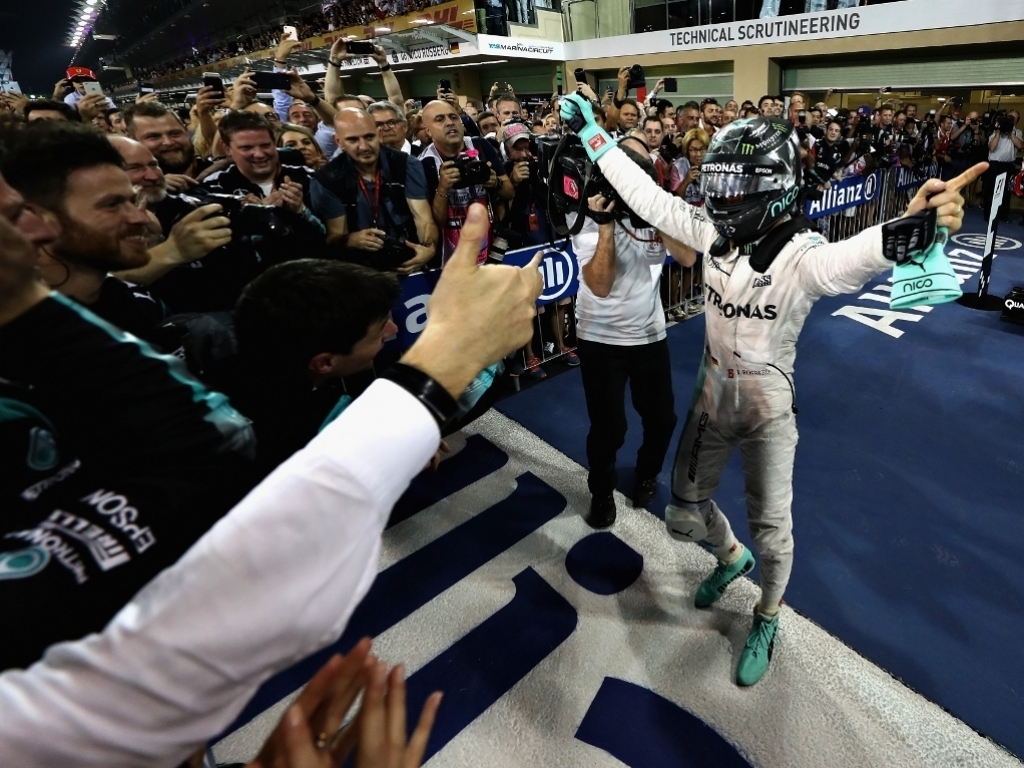 Abu Dhabi delivers the finale we wanted
Not for Nico Rosberg, the Champion. He described the 2016 visit to the Emirates as “not enjoyable”, even though he did what he needed to do to usurp Lewis Hamilton as F1’s #1.

And this was a race to remember that will forever be etched into F1 lore just like Hunt vs Lauda, Prost vs Senna, and Schumacher vs Hill.

The tactics of Hamilton, the outgoing Champion, will be debated for decades to come and are likely to have serious ramifications at Mercedes in 2017 and beyond. Hamilton used an approach first mooted by Christian Horner, which involved slowing to back up the pack and ensure that the Ferraris and Red Bulls piled the pressure on Rosberg.

This goes beyond Spa 2014, Barcelona 2016, and capgate and forever confirms the fracture in the relationship between the two racers.

For the neutral-leaning fan, the sight of Rosberg sandwiched between his team-mate and Sebastian Vettel’s flying Ferrari, was a sight to behold.

Reaching this point was also a rollercoaster, with Rosberg’s wheel-to-wheel battle with Max Verstappen standing out as a defining moment in the race.

As for Hamilton’s gamesmanship up front, notions of sportsmanlike behaviour and fairness go out the window when a title is at stake. It is what fans want to see and underscores the continuing appeal of F1 – despite criticism about the way the sport is being run.

Heart vs mind
Before the race Hamilton went to great lengths to point out that in his heart he thought had been the better driver through the 2016 campaign, much like in 2007, he said in The Guardian, when he felt he deserved the title more than Ferrari’s Kimi Raikkonen.

Many fans and analysts don’t doubt that in terms of pure pace Hamilton is faster than Rosberg, so the German’s achievements this season only serve to show how far he has progressed as a driver and strategist.

Yes, Hamilton was crestfallen after a rare mechanical problem forced a DNF in Malaysia. Equally, the collision in Barcelona that forced both drivers out of the race could be considered a turning point. But Hamilton’s lackluster weekend in Singapore should not be forgotten.

Despite Hamilton’s feelings about his performance, he cannot point to a massive statistical advantage over his team-mate.

The Brit may have scored 16 podiums to Rosberg’s 15 and had one more race but Rosberg was utterly dominant in the opening four grands prix of 2016. And lest we forget his hat-trick of wins from Belgium to Italy and Singapore.

Rosberg is the most deserving of Champions, and thoroughly deserves the plaudits, especially given the way he responded to the crushing defeats to Hamilton in 2014 and 2015.

Badge of honour
In the post-race interviews, David Coulthard welcomed Sebastian Vettel back to the rostrum.

Notwithstanding his time on the podium in Mexico, which was later stripped from him because of a penalty, this was the four-time Champ’s first visit to the podium since the Italian Grand Prix in early September.

After a year in which Red Bull and Mercedes have frequently outfoxed Ferrari on the strategy front, the Scuderia’s aggressive move onto super softs brought Vettel into contention in the closing stages (thanks in part to Hamilton’s antics) and offered at least some redemption to a team that struggled to match pre-season expectation through the course of the calendar.

For Vettel, he has also struggled against a resurgent Kimi Raikkonen. Murmurs of discontent at Maranello may not be without credence, but today’s performance builds momentum ahead of a year of change.

His sensational overtake on Daniel Ricciardo down the back straight amid a sea of sparks was one of the moves of the race and this together with his chest-thumping after the race suggest that come 2017 Seb will be back to this best.

On valedictories, Verstappen, and new blood
F1 said farewell to a Champion in Abu Dhabi, as Jenson Button entered his last race before hanging up his gloves and helmet. It is apt, then, to have a new Champ in Rosberg to be crowned as the Brit bows out.

A fine driver and a gentleman both on and off the track, Button will be missed in the paddock. While undoubtedly aided by the Brawn double diffuser in 2009, few begrudge Button his title.

As for Felipe Massa, the Brazilian failed to convert his potential into a Championship, despite coming ever so close in 2008.

With 555 race starts between them the grid will miss two great professionals just as much as it will savour the arrival of their respective replacements, Stoffel Vandoorne and Lance Stroll.

They join Max Verstappen as the next generation of F1 stars. A boy no more, the Red Bull driver emerged as the standout talent in the formula with a series of incredible performances.

Of course there was Barcelona, where he won on his Red Bull debut, the physics-defying podium finish in Brazil, and a solid fourth place in Abu Dhabi, while one stopping, in a recovery drive from the back of the pack after being tipped into a spin on lap 1.

There were numerous scraps along the way – notably with the Ferrari duo and his team-mate Ricciardo.

A year from now Verstappen may well have unseated Rosberg and Hamilton as the men to beat. And most expect that Mercedes’ three years of domination will be brought to an end by Red Bull, too, as a new regime of technical rules come into play.

Let the countdown begin: In 119 days from now we will know.