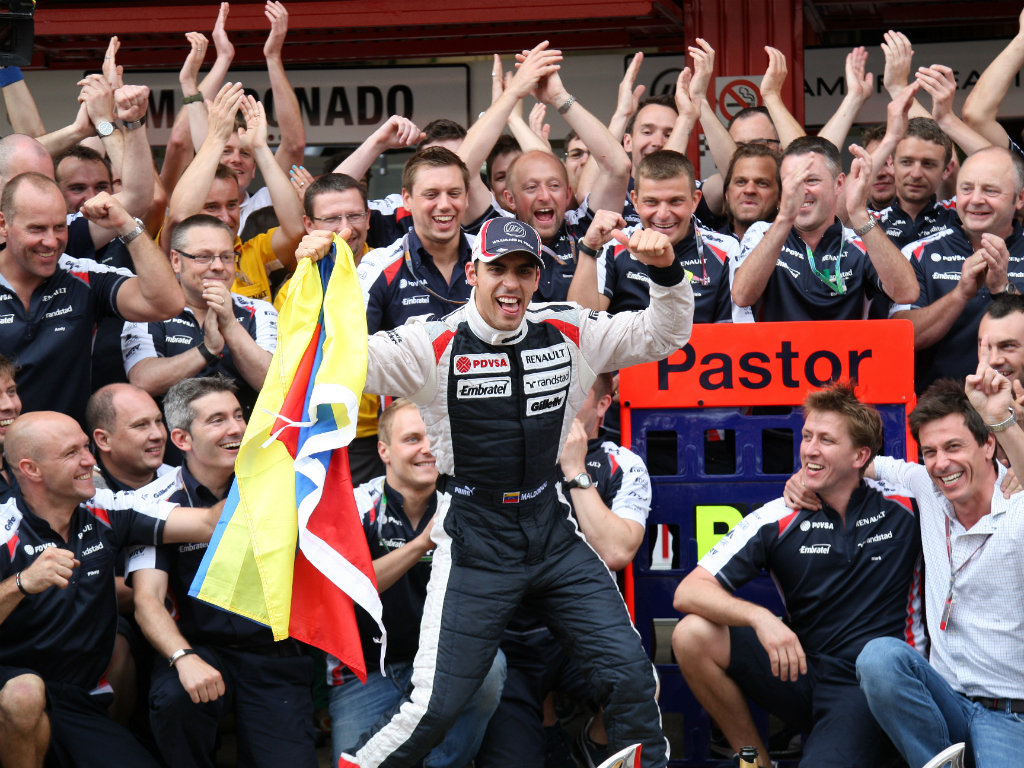 Barcelona Ends 2012’s Laughing Matter
The unfunny funny thing about the fire that took hold in the Williams garage in the wake of Sunday’s race is that it was the first time that anything had happened this season which needed to be treated seriously.

Because the almost-funny funny thing about 2012, and the way that the teams’ relative form continues to fluctuate so wildly, with Red Bull, to pick one outfit almost at random, winners one week and lapped the next, is that the whole thing seems almost absurd. The next half of this line is an exaggeration, but without the continued excellence of Fernando Alonso and the trend-setting pace of the McLaren, we’d be verging on a farce. In a serious competition, at the pinnacle of motor-racing, built around twelve multi-million pound businesses, it really shouldn’t be possible for a team to be a minute off the pace in Bahrain and then, albeit with some handy upgrades bolted on, bona fide frontrunners at Barcelona.

That’s the thing about 2012: everything seems to change so quickly. Lewis Hamilton’s sulk in Melbourne seems an eon ago. Mercedes’ breakthrough in Bahrain is now already the veteran of a lifetime. And on Sunday night, as the severity of the fire and its consequences became horribly apparent, even Williams’ victory just a few hours beforehand suddenly felt dated. Everything this year seems fleeting and, as a result, nothing seen yet ought to be taken too seriously (except, perhaps, the clear evidence that Felipe Massa’s days in the sport are short on numbers).

It’s all a little frivolous and none of the mistakes and triumphs hitherto witnessed have assumed any sort of critical importance, let alone taken the form of a decisive shift in power. With five different victors in the year’s first five races, F1 seems currently stuck in a wild state of flux.

What this season probably now needs is a set of back-to-back victories, inspired by the successful marriage of car and driver rather than a special set of fluctuating circumstances. What this season needs now is something on the track demand to be taken seriously.

Pastor Causes A Feast
Truthful now, who really knew that Pastor Maldonado, previously the very modest embodiment of a pay driver, was capable of such a performance? Fastest in Qualy 2, eventually deemed fastest in Qualy 3, and fastest overall on Sunday, Maldonado’s career-highlight in Barcelona was arguably the most complete performance any driver has managed to produce this season (and thus, maybe, a broad hint that Williams’ race-winning pace was based on something integral rather than fleeting circumstances).

In retrospect, there was enough credit in the history of Maldonado’s multi-series motor-racing career to have suggested he deserved better than the scorn he received last season. In balance, there was also almost nothing in his performances last season to suggest he could beat Fernando Alonso in a straight fight. Either way, rarely can a victory have resulted in such a packed feast of words-eating. Rarely, too, can a double-breakthrough triumph have received so little celebratory attention, with the confirmation of Pastor’s maiden pole position almost entirely overshadowed by Lewis Hamilton’s expulsion and his victory celebrations a day later literally going up in smoke.

Not that the novelty of Pastor’s situation was ever apparent as he held off Alonso without any hint of nerves, skilfully maximising his pace around the fiddly final segment of the lap in order to just remain out of Alonso’s reach in the DRS zone having earlier claimed the lead with a searing lap on new tyres while Ferrari dallied and Fernando was delayed by Charles Pic’s Marussia.

In a sport proud of its reputation for advancing skill, one of the very best features of the current season has been the nerveless maturity with which each of the three ‘breakthrough’ drivers- Sergio Perez in Malaysia, Nico Rosberg in China and now Maldonado in Spain – have taken their opportunity. Whilst everything else about 2012 has been unpredictable, their performances certainly bear out the pre-season assessment that this year’s field boasts unique depth.

A Bittersweet Return To The Office For Kimi
A cheap line after the Bahrain GP was that it was a measure of how far Lotus have progressed that they were unhappy not to have won. In Barcelona, there was no doubting the conviction of Kimi Raikkonen’s unhappiness at finishing third. It’s just as well that Kimi remains as taciturn as ever because, judging by the look on his face, anything he said would have had to wait until the 9pm watershed before being deemed fit for broadcast.

Still, it wasn’t all bad news for Kimi: his defeat of Romain Grosjean, an ever-present at the Mugello test, at least offered vindication of his decision to give the event a wide berth.

No Answers Yet To The Pirelli Puzzle
Back to the tyred old issue of 2012 because, for better or for worse, and delete according to whether your first sympathy is towards the purity of the racing or the entertainment of the spectacle, there’s just no ignoring the Pirellis when commentating on the current season.

That the teams are still yet to fathom this year’s rubber was once again apparent in Barcelona with the balance of power on Sunday wildly divergent from the state of play on Friday. It’s not merely that the pecking order shifts from track to track, it is changing from day to day and continued to do so this weekend on a track that the teams understand better than any other. So much for the valid expectation that the familiarity of Barcelona would restore a measure of order to the pecking order – an exasperation which begs the obvious question of just when, and indeed whether, a definite pecking order will belatedly emerge this season.

All that can be understood at this stage is that there are things happening with the tyres that the teams, four months since their first date with the 2012 Pirellis, are yet to understand. On Sunday, the hard compound, and not the softs, proved to be the race tyre of choice, with both compounds apparently ultra-sensitive to the slightest deviation in temperature and Lewis Hamilton comparatively faster at the culmination of a 31-lap stint than he was as its outset.

And then there’s the puzzle of just how to race on tyres that are so reactionary to the type of air it experiences. “You have to look after your tyres and when you catch