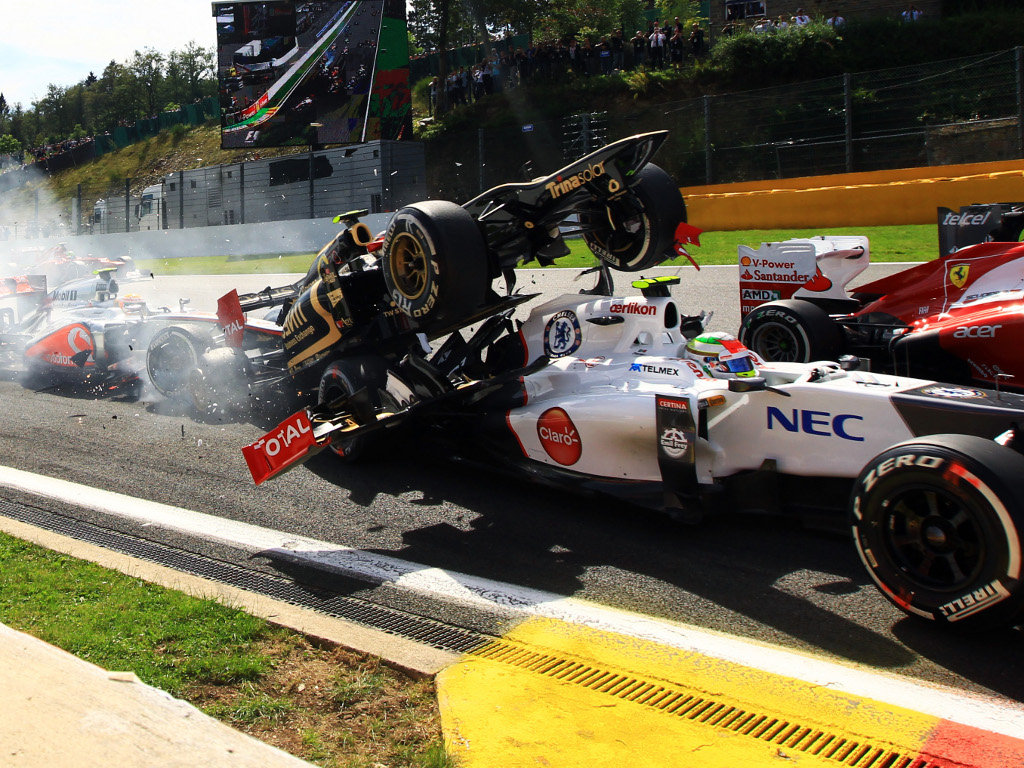 Grosjean’s ban remains harsh on these terms
Though a very strong argument can be made for Romain Grosjean deserving a ban on account of his penchant for first-corner collisions and, more pertinently, the need for F1, as the pinnacle of motor-racing, to set an example both in driving standards and for the value of safety, the fairness of the verdict is far less compelling on the terms set out in the stewards’ judgement.

Their subjective nature was made apparent on Saturday night when they opted to defy convention and demote Pastor Maldonado three grid places rather than the standard five on the basis that, although he was guilty of hindering Nico Hulkenberg, the Force India was still able to escape Q1. Hmm. Abandoning convention and objectivity is a risky business when meting out any form of justice – and so it continued to prove on Sunday night.

For Grosjean was not punished on account of his own penchant for risky business this season or the sport’s overdue requirement to deliver a proper deterrent against recklessness. Instead, he was suspended because his error ‘eliminated leading championship contenders from the race’ – a curious and dangerously arbitrary criteria on which to base so swingeing a penalty.

For swingeing it certainly is. Ignore all the misapplied clich