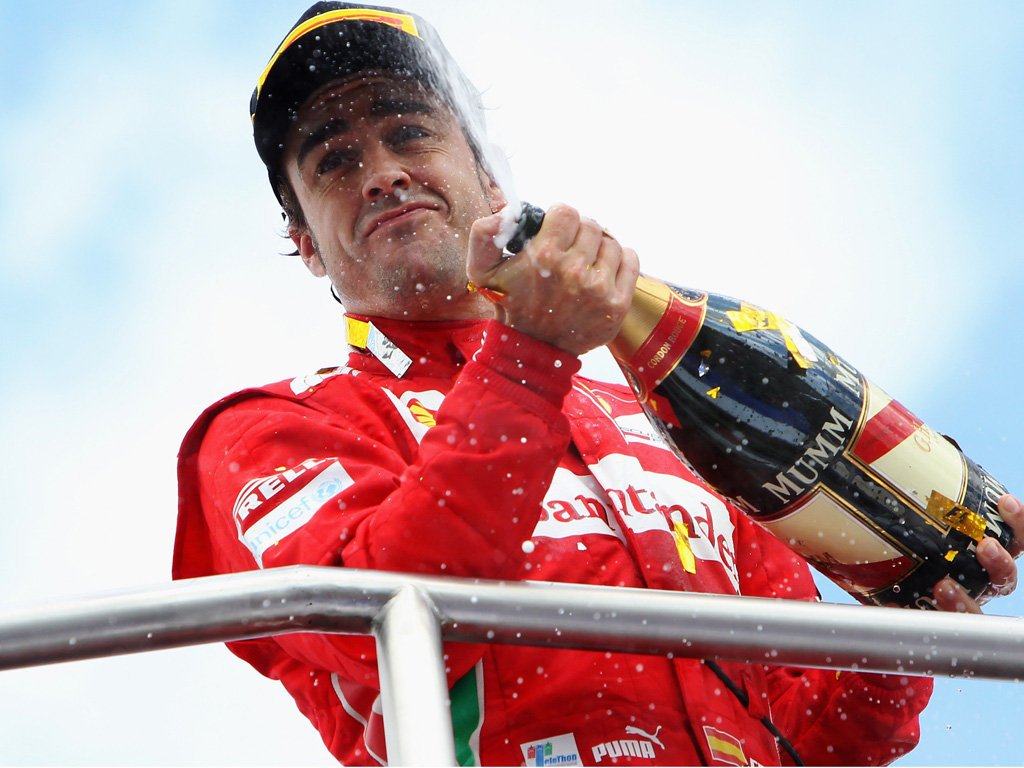 Points-losing red mist descends at Red Bull, McLaren return to the front, while a couple of fishy tales emerge at the back…

Points-losing red mist descends at Red Bull, McLaren return to the front, while a couple of fishy tales emerge at the back…

Too Much Red Mist At Red Bull?
The puzzle is not that Red Bull argued their case after Sunday’s race but, unless appearances were convincingly deceptive, they genuinely believed in their argument that Sebastian Vettel had not broken one of the oldest rules in the book. Which he clearly had.

As the stewards’ statement bluntly summarised: ‘Fact: Car 1 left the track and gained an advantage when he rejoined.’ With four wheels beyond the white-lined confines of the track, and Vettel leaving the circuit behind Jenson Button and then returning to the road in front of the McLaren, it’s a tough task imagining a more blatant infringement. And still Red Bull could not spot the problem.

At least when Lewis Hamilton did something similar a few years ago at Spa, cutting a chicane to slip around Kimi Raikkonen, he had the sense to let the Ferrari straight back through before repassing his rival with what the stewards judged to be unseemly haste. That little bit of past but pertinent history begs the moot question of whether Vettel would have been punished even if he had immediately let Button back in front before retaking the McLaren on the final lap. Though one is less glaring than they other, missing a chicane and slicing a corner into a kink are cuts from the same cloth.

The puzzle is that the debate on the Red Bull pitwall did not reach even that far. Indeed, judging by their emphatic and unswerving pleas of innocence afterwards, it appeared that nobody amongst the Red Bull hierarchy voiced any sort of concern that Vettel had transgressed.

How could they have missed it? Time was one factor, with the adrenaline-pumping close proximity of the race’s end naturally clouding any rational assessment of the situation. But in view of the team’s equally-animated and misapplied criticism of Lewis Hamilton – “stupid” in the words of Sebastian Vettel, rather blunted in the case of Christian Horner once the Red Bull boss was assured that there was nothing in the rules to stop the McLaren unlapping itself – the thought has to be that the red mist had descended on Red Bull.

Was it suspicion of McLaren sharp practice which blinded the World Champions to Vettel’s otherwise obvious error and the inevitable repercussions? Maybe; such a surmise would at least make sensible marriage of the team’s twin insensibilities of attacking Hamilton – for the crime of being the fastest car on track at a moment of inconvenience for Vettel – whilst defending the indefensible.

Whatever the explanation, the error committed by Vettel thus became the team’s gross misjudgement. Hindsight, of course, is always seen with twenty-twenty vision, but providing clear-sighted judgments during the heat of battle is what several members of the Red Bull team are very well remunerated to provide. With Button fading fast on worn-out tyres, the situation was easily retrievable if only the team had immediately reined in their reigning champ and instructed Sebastian to give back what he could then collect with relative ease a lap later.

Instead, seemingly clouded by a raging determination to point-score back against McLaren, they lost sight of the World Championship picture while squabbling with a driver already erased from contention. Silly.

The Revenge Of The Pirellis
That’s the vengeful thing about this year’s Pirellis: they’ve a long memory. Though Jenson couldn’t be blamed for reacting with fractional over-eagerness to the realisation that victory was within his grasp, if there was a fault in his afternoon’s work it was in the fleeting moment that he locked-up and flat-spotted his right-front tyre with twenty laps remaining – a slender misjudgment which probably cost him the win and ought to have robbed him of second, too.

As Jenson later remarked: “I had to push hard to try and catch Fernando, which meant I had nothing left for the end of the race. We pretty much ran out of rubber two laps before the end.” Yet the suspicion has to be that the damage was done during that messy lock-up, rather than in pursuit, given that the distance between the two cars fluctuated by a mere second throughout the stint until the Pirellis belatedly retaliated to their earlier mistreatment.

It was interesting, too, to hear Jenson note disparagingly of Sebastian’s mistake not merely as misdirected but also mistimed. “The thing is, there would have been more opportunities for him before the end of the race as my rear tyres were damaged,” said Jenson. In fairness to Seb, the end of the race was fast approaching and his illegal pass occurred on the penultimate lap of the race.

Nonetheless, the echo of Valencia, when the rashly-impatient Pastor Maldonado neglected to wait for his moment before trying to overtake a stricken McLaren, is loud. Perhaps the other common denominator in the two incidents – impatience – is a symptom of the modern tendency to replace gravel-traps with harmless run-off areas, a change in environment that encourages reckless expansion at the expense of precision. As with Maldonado, Vettel wouldn’t have been able to return to the track if his first mistake – his second being failing to appreciate, let alone accept, the blatant legality of his move – had received any sort of timely punishment.

Mistakes are inevitable when impunity is on offer and Hermann Tilke’s bespoke designer leniency has much to answer for.

Fernando Is Sometimes A Little Too Good
It was just as well, though, that Jenson’s tyres did take their revenge and Sebastian acted in haste because otherwise the race would have culminated in an anti-climax made all the more unsatisfactory for the amount of tension built up over the 67 laps.

The crux of the matter was that Fernando was just a little too good for the race that tantalized close to becoming a classic. He was so near and yet so far, for despite never escaping the close proximity of first Vettel and then Button, Alonso always managed to wriggle clear of a potential overtake (unlike, of course, both Vettel and Button to each other).

Little wonder that Mark Webber suspected two weeks ago that the Spaniard was “playing” with him when he began to catch the Ferrari because Fernando is the ultimate race-stopper.

It was a reputation faultlessly, and craftily restored to non-dramatic effect in Hockenheim. As so often, hats off. You may not like him, but it’s impossible not to admire his brilliance.

The Man To Beat Is The Man In Red
Mind the gap? Fernando’s thirty-four point lead of the World Championship has not yet assumed an ominous proportion and sounds rather less daunting even for the fifth-placed Lewis Hamilton when converted into old money. But the equivalent of two race wins – the now gap now between Hamilton and his former team-mate – is a sizable deficit to overcome